…A blow by blow account of the intrigues on Aso Rock 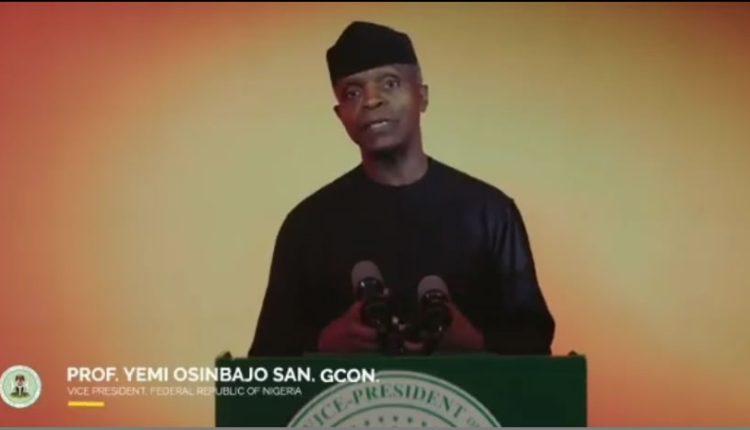 The well-crafted statement formally announcing the presidential ambition of Vice President Yemi Osinbajo may have lasted just over two-minutes but it had been in the making for months, culminating in Sunday night’s crucial meeting with governors of the All Progressive Congress (APC) at Aguda House, Abuja.

As the 12 APC governors came in, they first went into a holding room for initial consultations. And when the meeting started, sitting nearest to the vice president were Mai Mala Buni, former party chairman, Dapo Abiodun Ogun State governor, and his Kaduna State counterpart Nasir El-Rufai.

While they waited for the meeting to begin, the vice president spent time outside calling up a number of leading personalities including traditional rulers from around the country including the senate president. BusinessDay, however, learnt that the tireless efforts made to speak to Bola Ahmed Tinubu last night failed.

It was clear Tinubu, the national leader of the party, did not want to pick the calls, one source said to BusinessDay.

On account of this, Osinbajo’s formal declaration was never going to happen until he had met the governors, according to one source close to the vice president.

In addition to El- Rufai of Kaduna and Dapo Abiodun of Ogun, the other state governors at the meeting were Abubakar Bagudu of Kebbi, Muhammad Abubakar Jigawa, Abdullahi Ganduje of Kano, Simon Lalong of Plateau, Kaduna, Hope Uzodinma of Imo, Babajide Sanwo-Olu of Lagos, Gboyega Oyetola of Osun, Abdullahi Sule of Nasarawa and . Hafis Kawu, a former presidential aide and House of Representatives member, was also in attendance.

BusinessDay has a good account for why some of those who were expected did not show up. For instance, the governor of Borno State could not attend because of a family bereavement. So too the governor of Gombe who was also bereaved.

Aminu Masari, governor of Katsina could not make it to Abuja for the meeting because he was overseeing the local government elections. Rotimi Akeredolu and TAbubakar Sani, the governors of Ondo and Niger States are said to be abroad.

Yahaya Bello, Kogi State governor who has himself declared to vie for the gave no reason for his absence while Kayode Fayemi, governor of Ekiti State called very late to say a contact who had promised to provide a plane to fly him to Abuja had disappointed him.

Sources said by the time the governor of Ekiti called it was no longer possible to send a jet or make any alternative arrangements. There is still a puzzle about the absence of Ben Ayade, Cross Rivers State governor and David Umahi of Ebonyi who were expected at the meeting.

BusinessDay learnt that last night’s meeting with the governors had initially been planned to hold on Thursday but had to be moved forward to last night because a number of the governors were unavailable.

However, apart from having to wait until after the party convention, the vice president was also keen to properly manage and choreograph the communication with the president with whom he has had at least three meetings. The first of which was in Januarywhere he sought counsel and guidance. Both men met on Thursday when the VP told his boss about how he planned to meet governors of the party.

According to one source, “we have been very deliberate about how the vice president will step out. Firstly, there was never a question of him not running because of Asiwaju. That was never discussed to the best of my knowledge. So, it was always a matter of timing and sequencing because we wanted to get it right from the very first step.”