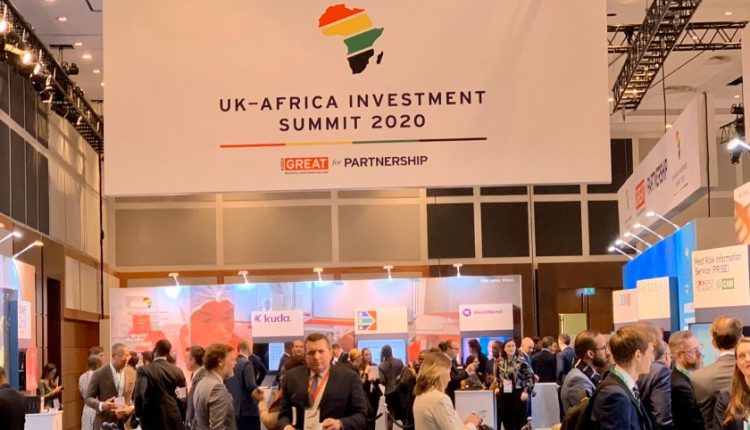 Marketing Nigeria to investors at the UK-Africa Investment Summit in London should have been an easy task owing to the country’s glaring opportunities, but to some investors, its infrastructural challenges are too big a risk to overlook.

According to three investors who spoke with BusinessDay at the summit on Monday, the investment opportunities in Nigeria will be more attractive if the country bridges its infrastructural gap.

“Yes, I see a lot of investment opportunities in Nigeria; the biggest economy, large population size and the most heard about around the world,” an investor who simply identified himself as Gorge told BusinessDay in London. “But I also hear about the state of your infrastructures and that scares me a lot.”

According to the National Infrastructure Master Plan, Nigeria needs to spend $3 trillion and five percent of its GDP annually to bridge the infrastructure gap. From roads to bridges, down to power and railways, the country’s infrastructure has recorded significant depletion in the last 20 years, owing to poor maintenance culture, insufficient funds, and corruption.

“What investors are talking about here at the UK-Africa summit is infrastructure challenges; energy, roads and less bureaucracy,” Ngozi Okonjo-Iweala, former minister of finance, told BusinessDay.

For a country like Nigeria to bridge its infrastructure deficit, some industry experts have said it requires borrowing to meet the desired revenue generation that can propel accelerated development.

Nigeria’s total public debt, comprising the debts of the federal government, 36 States and the Federal Capital Territory (FCT) as at September 2019 stood at N26.215 trillion.

The Debt Management Office (DMO) said recently that the country will borrow N1.549 trillion from domestic and international markets to fund its 2020 budget.

To manage its rising debt profile, economists have recommended that Africa’s largest economy should handle its huge infrastructure deficit through private sector investment.

“I would love to invest in Nigeria but I’m too sure about the risks in the country,” an investor who didn’t want to quoted said.

To close the infrastructure gap, governments together with their partners in development finance institutions (DFIs), will need to unlock private-sector infrastructure financing at a scale, an American-based consulting firm, McKinsey recommended.

“There is no doubt that to achieve the SDG goals, the most important thing is infrastructure; power, water, roads, rail, airport and all things that you need to be competitive and effective in the global market,” Akinwumi Adesina, President of the African Development Bank, said.

Commenting at a panel session at the summit, Adesina said infrastructure gap becomes a big challenge when the size is between $68 billion to $108 billion per year.

Speaking to BusinessDay on the side lines of the summit, Iweala stressed also on the need for Nigeria to improve its enabling environment to attract more investments.

“Enabling environment is also a key constraint and I hope we’ll be able to work on these challenges,” Iweala said.

Nigeria was ranked 131 on the World Bank’s Doing Business 2020 index.

Africa’s most populous nation moved up 15 places from its 2019 spot and has been tagged as one of the most improved economies in the world for running a business.

Analysis of the 16th edition of the ease of doing business report revealed that Ghana which has almost the same population size as Lagos, Nigeria’s business hub and South Africa, the continent’s most industrialised country, were ranked ahead of Nigeria.

Although Nigeria recorded progress, the report also revealed that it takes three months and two days to get a property registered in Nigeria.

In Ghana, the processing time of the document would be 33 days. If that is to be done in South Africa, it will take 10 days less. An investor can obtain a property document at the end of 23 days in South Africa.

A forum like the UK-Africa Investment Summit was highlighted by experts as an opportunity for Nigeria to attract investments both from public and private sectors.

According to Boris Johnson, British Prime Minister, it is the first time the UK and so many African countries have come together for an event of this kind. The Prime minister said it was long overdue.

“What I’m talking about is building a partnership that will benefit all of us; it is about synergy,” Johnson said during his opening remarks.