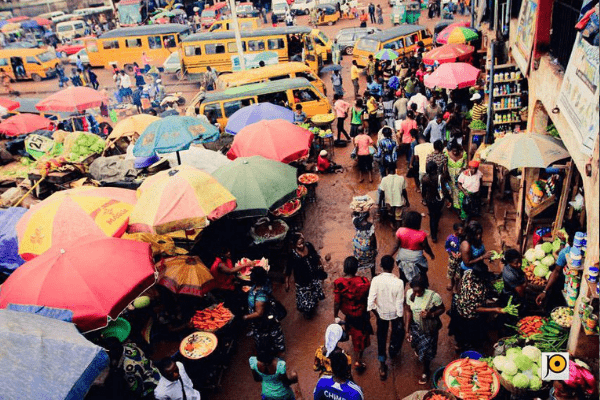 Every Nigerian general election since 2011 has been postponed, but never has it happened under such short notice and with so much at stake.

Rewane, who is the CEO of Financial Derivatives Ltd, a risk and financial advisory company based in the commercial capital of Lagos, arrived at his estimate after factoring in what he called postponement cost, consequential cost, opportunity cost and reputation cost.

The postponement cost of the Saturday elections is derived from dividing the country’s $427 billion GDP in 2018 by 365 days and that gives $1.16 billion.

Although the level of productivity in Nigeria is perhaps lower on a Saturday compared to a week-day, businesses priced in the elections as early as Friday, with most firms from banks to manufacturing companies working half-day to afford time to some members of staff who had to travel long distances to vote.

The consequential cost, according to Rewane, encompasses the cost to the electoral commission, INEC and other related costs. INEC’s budget for the 4-week election period was N189 billion. With the one-week delay, Rewane said, the electoral body must now factor in an extra week and additional N47 billion (N0.130 billion or N130 million). “That said, broader nominal consequential costs to parties other than INEC could be closer to $3 billion,” he added.

Then there is the opportunity cost which is shouldered by businesses and individuals who would have put the Saturday election date to a more productive use, but have had to hold-off any activity.

Some businesses seemed to have returned to work at around noon in Lagos after an initial frustration, but for many who travelled a good distance to vote, it won’t be that easy to reopen shop under such short notice.

Johnson Chukwu, CEO of Lagos-based asset management firm, Cowry Assets, who spoke to BusinessDay from south-eastern Nigeria where he had travelled to for the Saturday polls, was disappointed by the postponement at the eleventh-hour and decried the loss to economic activity.

“Today (Saturday) is an economic paralysing day and a major loss to businesses and the economy,” Chukwu told Business Day.

Rewane estimates the opportunity cost to aggrieved businesses to be anywhere between $4 to $5 billion, “to start with.”

Then there is a reputation cost which affects the financial markets from stocks to foreign exchange.

The exact cost would be difficult to predict but it is always a multiple of aggregated costs, Rewane said. “In the end, the economy may well lose as much as $10 billion to this poorly timed postponement,” he added.

It is not the first time Nigerian elections are being postponed.

A week before the 2015 vote that saw President Muhammadu Buhari defeat then incumbent President Goodluck Jonathan, it was moved back by more than a month. In 2011, it was a similar story, as elections were postponed mid way into the national assembly vote.

However what makes the 2019 delay different from previous ones is the timing. While the 2011 and 2015 votes were postponed nearly a week before, the electoral body announced a postponement for Saturday’s election at 2am, barely five hours before the vote. By then provisions had been made for an election but it would later be cancelled under such short notice.

The financial markets did not suffer a severe sell-off in any of the postponements in 2011 and 2015, but this time, it is inevitable, as investors sense political machinations at play with the last minute delay.

The delay also brings with it some degree of uncertainty post-election.

That is because, whatever the outcome of the re-arranged election, the losing party is likely to contest it and make allegations of rigging by the winning party. That could carry on for days, perhaps even month, as the courts try to find a truce.

“The markets did not suffer in 2015 because Jonathan conceded defeat and there was no need for a tribunal,” Rewane said. “This time, the losing party could put up a fight to contest the result.”

The financial market is not the only one to feel the pain of the botched election, young Nigerian youth corpers who were co-opted to help in the vote were stranded and international observers with return tickets carrying a specific date of departure face an unforeseen set back that will cost them time and money.

“We are utterly gutted,” one international observer who craved anonymity told BusinessDay as he was not authorised to speak publicly. “The INEC has lost some credibility and at this point, no one is a 100 percent sure that the elections will even happen on the re-scheduled day next week,” the person said.

“Elections happen in emerging markets that are much bigger then Nigeria routinely, it is quite demeaning that this election has been postponed for logistic challenges at the eleventh hour,” the person added.

Kyari Bukar, former chairman of the Nigerian Economic Summit Group (NESG), a private sector think-tank, says the delay is an indication that the INEC chairman is inept as a project manager. “The market will react negatively to this for sure, as investors and fund managers have little tolerance for uncertainty.”

Wale Okunrinboye, head of research at Lagos-based Pension fund manager, Sigma Pensions, expects a market sell-off and an end to a short-lived rally.

“The market enjoyed a mini rally last week and closed in the green Friday as investors priced in a smooth election; We expected the rally to continue post Saturday’s election as some investors had pencilled next week to take on more Nigeria exposure, but with this they are sure to hold off any investments and the market will surrender any gains from last week,” Okunrinboye said Saturday morning.

Yields on the benchmark government bond, a ten-year paper, closed lower at 14.68 percent Friday. That put the risk premium on Nigerian bonds at a year-low of 12.01 percent given that the US ten-year bond returned 2.67 percent as at market close Friday.

At 12.01 percent, Nigeria’s risk premium is down from 13.03 percent as at the beginning of 2019. At that time the yields on the Nigerian bond was 15.57 percent while the US bond yielded 2.54 percent. Although Nigerian bonds have a broader emerging market rally to thank for the narrowing risk premium.

The stock market has also had a mini-rally in February, following a tepid January. The rally boosted the 2019 year to date performance of the NSE ASI to 3.1 percent as at Friday, Feb. 15.

Ahead of the elections, it was expected that investors will take positions in order to benefit from a post-election rally, with the level of momentum dependent on who the eventual winner might be.

The naira also strengthened at the Investors and Exporters window, Friday, after closing lower at N361.65 per dollar, the lowest this year, according to FMDQ data.

“The rally is likely to come to an end next week as investors react negatively to the election postponement which has thrown up unforeseen confusion,” Chukwu of Cowry Assets said.