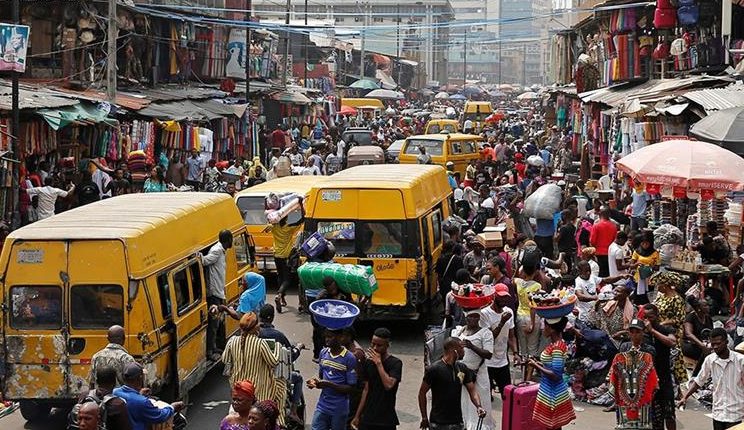 In what came as a surprise yesterday, Nigeria’s economy exited recession, beating analysts’ expectations as well as projections from the International Monetary Fund (IMF) and the World Bank, all of which pointed towards an exit at the end of 2021.

Even the Federal Government had predicted that the economy would exit recession in the first quarter of 2021.

The economy grew by 0.11 percent in the fourth quarter of 2020, limping out two consecutive quarters of negative growth, according to data from the National Bureau of Statistics.

“It was a pleasant surprise to me,” said Bismarck Rewane, leading economist and CEO of Financial Derivative Company (FDC).

“The estimates were negative for the fourth quarter of 2020 and probably, negative also for the first quarter of 2021 due to the EndSARS and the effect of the lockdown. However, it seems the price of oil and production, and many other factors helped to change the good trajectory,” Rewane told BusinessDay, noting that what matters now is on how to sustain the positive growth.”

Nigeria’s economy which had barely recovered from the 2016 recession, was battered on all fronts last year.

First was the global pandemic, ravaging business and economic activities, disrupting global demand and crashing oil prices, slicing off nearly half of the government’s revenues. The second was the bloody EndSARS protests by Nigerian youths calling for an end to police brutality and bad governance, and lastly, a two-time naira devaluation that pushed up commodity prices. Analysts had expected the aforementioned to inhibit growth.

“It was very surprising to me,” said Muda Yusuf, director-general of the Lagos Chamber of Commerce and Industry (LCCI). “But there is no doubt that there is still a whole lot that needs to be done because many sectors of the economy are still in trouble, and that has implications for jobs, poverty, income and a whole lot of things. Hence, I will say it is not something we should begin to celebrate yet as there is a whole lot of work to do in fixing the economy,” Yusuf added.

Cheta Nwanze, a lead partner at SBM Intelligence, said the economy may have returned to growth, the anaemic growth even from a low base indicates that the country is far from being out of the woods.

“When you include galloping inflation, the picture becomes clearer. The positive is that growth is driven by non-oil GDP. Unfortunately, many of the sectors that drive trade (our second largest employer of labour) and services such as transport, manufacturing and others continue to shrink, while agriculture has returned to growth, its performance is still very poor.

According to Nwanze, when the largest sectors of the economy, agriculture and trade, are performing this badly, it means that the unemployment situation is not about to improve, and that is what needs to be done to open the economy up quickly.

“Remove the trade restrictions so as to bring the sector back to growth, fix security in order to get people back to the farms, and watch the economy begin to speed up once again,” he said.

The resilience of the quarter was driven by developments in the non-oil sector as the sector grew 1.69 percent in Q4 compared to the oil sector which contracted by 19.76 percent.

While the non-oil sector recorded some improvements in the quarter, both the oil and non-oil sectors, however, closed the year contracting 8.89 percent and 1.25 percent respectively, caused by a decline in production to an average 1.56 million barrel in Q4.