Malami expects IOCs to repay up to $25bn on PSC review 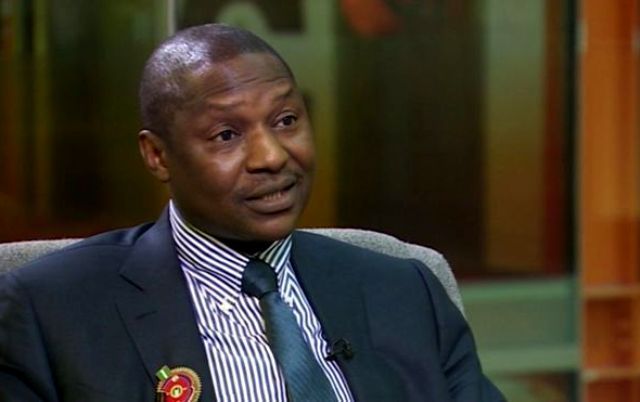 Nigeria is claiming “colossal” sums of money from oil majors, its attorney general said on Monday, under regulations that allow the government to revisit revenue sharing from petroleum sales if crude exceeds $20 a barrel.

Abubakar Malami said a number of court cases were already underway.
The government in Africa’s largest oil exporter relies on oil for some two-thirds of its revenue and its economy is still largely dependent on crude production despite efforts to diversify away from the industry.

A 1990s law that governs oil production sharing contracts allows the government to review revenue sharing once the oil price rises above $20 per barrel.

Asked about the government’s demands to recover revenue from international oil companies (IOCs), Malami said the sums in question were “huge”.

“We are taking steps to recover what we feel is due,” said Malami, adding he could not give a precise figure as multiple actions and suits were underway.

“One thing I can say is that the amount is substantial and colossal, there is no doubt about it,” said Malami, not naming the companies.

Earlier this year, industry and government sources told Reuters that Royal Dutch Shell, Chevron, Exxon Mobil, Eni, Total and Equinor were each asked to pay the central government between $2.5 billion and $5 billion.

A spokesperson for Shell in Nigeria said on Monday: “We do not agree with the legal basis for the claim that we owe outstanding revenues and the matter is pending before the court.” Exxon declined to comment. Eni, Total, Equinor and Chevron did not immediately respond to requests for comment. Oil majors are keen to get involved in developing and operating Nigeria’s giant offshore fields.

Malami is in London as part of a delegation of Nigerian policymakers who will meet stakeholders and investors as well as attend a court hearing on a $9 billion arbitration case the government disputes.

Nigeria’s central bank governor Godwin Emefiele, also part of the delegation, accused oil majors of having dragged their feet on purpose rather than initiating a review once oil prices crossed the $20 per barrel threshold.

“You think it should be forgotten and we shouldn’t revisit it given that it resulted in substantial loss of revenue to the government?” said Emefiele. “It stands for me to reason that the IOCs deliberately did not trigger event for review because it benefits them – and that is something that we kick against.”

Nigerian policymakers are due to attend a court hearing on Thursday after a judge in August said he would grant a firm called Process and Industrial Developments Ltd (P&ID) the right to seek to seize some $9 billion in assets from the government over an aborted gas project.