Four charts that show how Ghana is pulling away from Nigeria 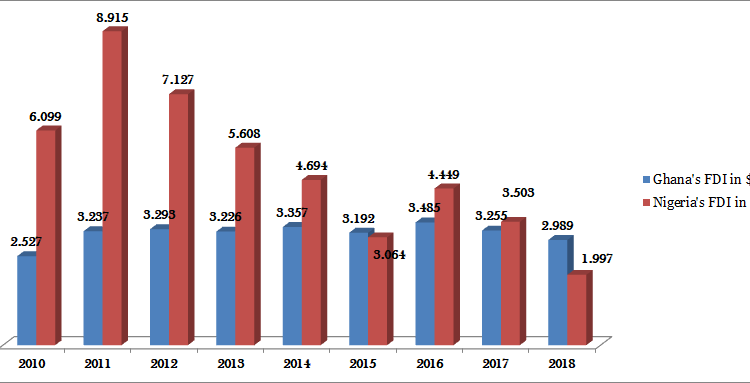 Ghana is tearing away from West Africa at a pace that is beginning to outshine even mighty Nigeria, the region’s biggest economy by more than half.

Ghana’s fortune compared to Nigeria’s has evolved in ways analysts didn’t see happening so quickly. It’s Ghana, not Nigeria, that is now suggested to become Africa’s top candidate for an economic leap.

The following four macroeconomic indicators show how Ghana has moved past Nigeria in recent times. 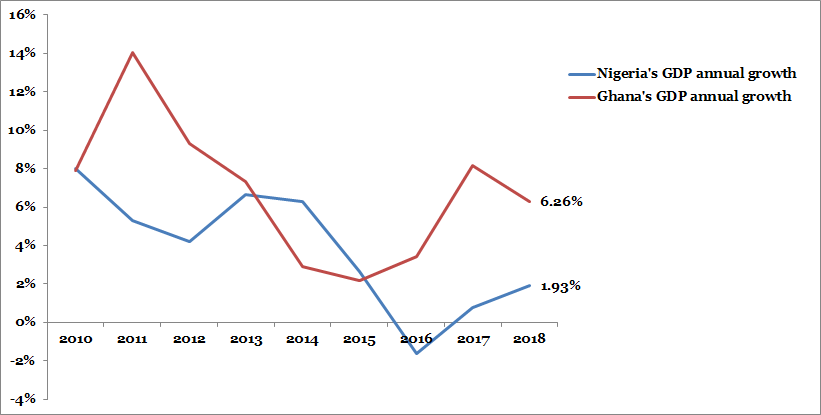 Ghana may have only about 10 percent of the Nigerian economy but it takes effort to be posting the numbers Ghana is doing in terms of growth rate.

Although its 2019 growth rate ended up being only 7 percent rather than the world-beating 8.8 percent forecast by the International Monetary Fund, that is still very solid growth compared to Nigeria whose economy grew at a tepid 2 percent.

Nigeria is also losing to Ghana from a GDP per capita standpoint.

For the first time since the United Nations Conference on Trade and Development (UNCTAD) started tracking data, Ghana attracted more Foreign Direct Investment than Nigeria first in 2015 after getting some $3.1 billion while Nigeria managed $3.05 billion.

Attracting robust FDI is one of the reasons behind the economy’s rapid growth rate. Nigeria could do with larger FDI flows to create jobs for a largely youthful but unemployed population. Economic growth is also in need of a boost from private investment. 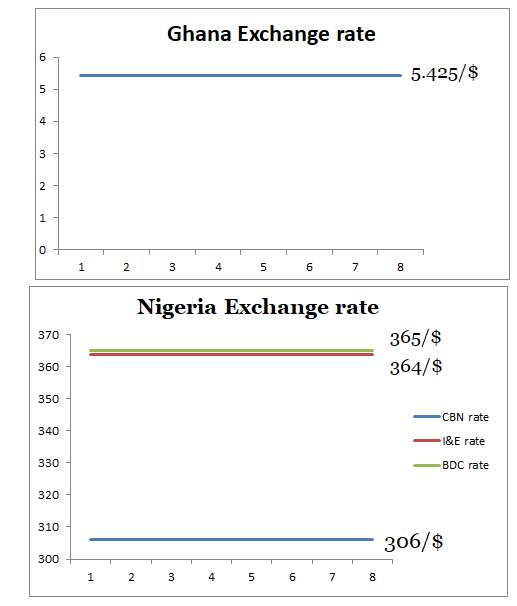 Nigeria has at least three exchange rates. There is the N306/$ rate which the Federal Government uses in its transactions like when sharing dollar income with states and local governments.

Then there’s the second rate, N364/$, used by investors and exporters. The rate has somewhat weakened since it was first introduced in 2017 to manage an acute dollar crisis. The rate is the most popular within the country and the closest to the market value of the naira.

Then there’s a N365/$ rate for Bureau De Change operators whose staff litter the streets selling small amounts of dollars in cash to people.

Ghana’s, on the other hand, is signed to an IMF programme that means it has little scope to flirt with an fx subsidy like in Nigeria.