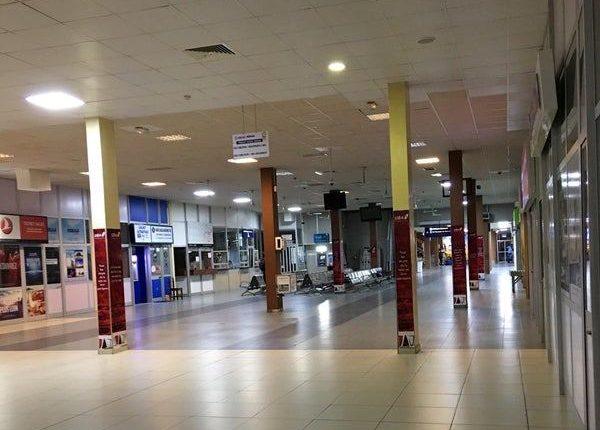 Nigerians now travel to Europe and the US through Cotonou, Benin Republic,  as Nigerian airspace remains shut to international flights till further notice, BusinessDay findings show.

Checks show that travellers have been going out of the country, as scheduled commercial flights are simply dubbed evacuation. But the exorbitant fares charged for evacuation flights have forced some Nigerians to leave for Benin Republic, seeking affordable ticket prices.

Ethiopian Airlines and Emirates appear to be the greatest beneficiaries of commercial-evacuation flights with several evacuation flights carried out through these airlines with the permission of the Federal Government.

The government had since March shut down the country’s airspace to international flights in a bid to contain the spread of COVID-19, but had made exceptions for special and diplomatic flights, which include evacuation flights.

“I’m in Cotonou staying at my uncle’s hotel. All the guests are travellers to Europe from Nigeria. Apparently, we have opened a new revenue channel for Benin Republic.

“The Airport in Cotonou is open. If you are flying out, no need for quarantine. Most Nigerians are going that route now,” according to a passenger who craves anonymity.

Further checks show that a return ticket for a Lagos-London or Lagos-Istanbul commercial flight goes for as low as £600. With the current conversion rate of N4927 to a pound, passengers are paying N295,200.

All that is currently needed to travel through Cotonou airport is just a COVID-19 certificate.
Bankole Bernard, former president, National Association of Nigeria Travel Agencies (NANTA), confirms to BusinessDay airlines are taking advantage of evacuation flights to do commercial flights, adding that travellers are just tired of sitting down at home without means of travelling.

Ikechi Uko, a travel expert who also confirms the development, says the choice of Cotonou for air travellers is the price and the closure of Nigerian airspace to international flights.

“People need to travel and therefore they have to find a way to travel. It is a good thing for people that they are travelling. Nigerians are stranded in different parts of the world and they can’t afford evacuation flights because they are too expensive, so people have to go to neighbouring countries to travel out,” Uko explains.

He notes that several African countries have opened their airspace while some will be opening in a few weeks. Some of these countries include Benin Republic, Tanzania, Kenya, Equatorial Guinea, Cameroon, Rwanda, among others, he states.

Industry experts say Cameroon airport seems to be the closest that Nigerians can travel to by road, so they are taking advantage of this to travel.

Before the airport closure, 22 foreign carriers operated in Nigeria with nothing less than 40 international flights departing the country on a daily basis.

Experts say Cotonou airport may currently be processing half of the passenger traffic on international routes that could have been carried out in Nigeria.

John Ojikutu, member of aviation industry think tank group Aviation Round Table (ART) and chief executive of Centurion Securities, says when an airline collects fares or charges fares from passengers including medical evacuation, it is nothing other than commercial.

“The questions we should be asking the government services operators, Nigeria Airspace Management Agency (NAMA) and Federal Airports Authority of Nigeria (FAAN), is; are the services free?

Charlie Robertson, global chief economist, Renaissance Capital, tweeted, stating, “Unclear when Nigeria airports reopen but the closure saves a lot of money. Nigerians were spending about $750 million a month travelling abroad from 2016 to mid-2019, according to the balance of payments. Even taking visitors into account, Nigeria is saving one billion dollars every two months now.”

However, several Nigerians have taken to their twitter handles responding to his tweet with many disagreeing with his opinion.

According to @Kaineneomeli, “Why don’t the USA or England shut its airports because citizens spend that much on travelling. Do you know how much businesses lose from this closure? Do you know the development opportunities affected? Focus on your country!

@i_amOD_SIT states, “Do you consider it a money saving measure if you’re locked down from going out for businesses because you don’t use your cars or public transport?”

Another tweet from @IamtheOGee states, “Only in Nigeria does the government promote the idea that it ‘saves’ when people don’t travel. EU/UK are creating safety corridors so that people can travel on holidays but poverty capital people must farm.”

For @DualOctane he stated “You can’t come to this conclusion without considering money lost in the process by business persons that just have to travel to get business done.”