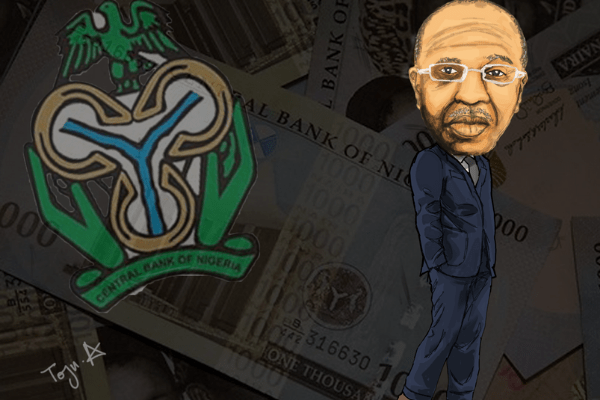 The Central Bank of Nigeria (CBN) has sterilised about half a trillion naira belonging to a dozen lenders that failed to meet its minimum lending ratio directive by end of September after it set December 31, 2019 as deadline for a new target of 65 percent.

The N499.1 billion reflects 50 percent of the shortfall by the 12 lenders of a previous minimum Loan to Deposit Ratio (LDR) the CBN had set.

“This means those lenders penalised would have to pay interest on the sterilised fund but would not be receiving any,” a banking analyst told BusinessDay. “This might stress the lenders especially if they still cannot meet the new requirement.”

The banking regulator had in August issued guidelines for Nigerian banks to lend at least 60 percent of all customer deposits or risk a sanction by October 1.

Lenders in the country raced to meet the deadline evidenced by an expansion of banks’w loan book by 5.33 percent or N829.4 billion, to N16.39 trillion in about four months to September 26, 2019, however not all the banks were successful.

“All banks have strived to meet it, but not all did,” Ahmad Abdullahi, director of banking supervision at the Central Bank of Nigeria, said but did not say what banks.

The Central Bank however in its quest to stimulate domestic growth further raised the 60 percent lending threshold by 5 percent points subject to a quarterly review and asked banks to channel credit to the real sector especially the Small and Medium Enterprises, retail mortgage and consumer lending.

The economy has grown by an average of less than two percent since it exited the 2016 recession and slowed to 1.94 in the second quarter of 2019. Analysts say the banks have shown capacity to meet up with the new requirement although a few may still falter.

“Banks have learnt their lessons from the period of high assets quality issue most of the banks have strengthened their risk management framework; this would help them be in a better position to streamline lending to these sectors,” said Jerry Nnebue, banking analyst at Lagos-based CardinalStone.

Cordros Securities in a report said the new policy geared towards driving risk asset creation could potentially result in N860.49 billion in loans created at the top end of the range, given the new 150 percent weightings for exposures to the SMEs, Retail, Mortgages and Consumer Credit.

Meanwhile analysts at Chapel Hill Denham expressed concern that asset quality might deteriorate if banks do not lend carefully, recalling the 2016 economic downturn which made bank loans go bad.

According to the National Bureau of Statistics (NBS), lenders’ bad loans slowed in the second quarter of 2019 to the lowest level since 2016, despite a slowdown in the domestic economy in the period.

Non-performing loan (NPL) declined 14 percent to N1.44 trillion in the second quarter compared to a 6 percent drop in the first three months of the year, analysis on selected banking sector data by the National Bureau of Statistics (NBS) shows. Year-on-Year NPL fell 25.62 percent.