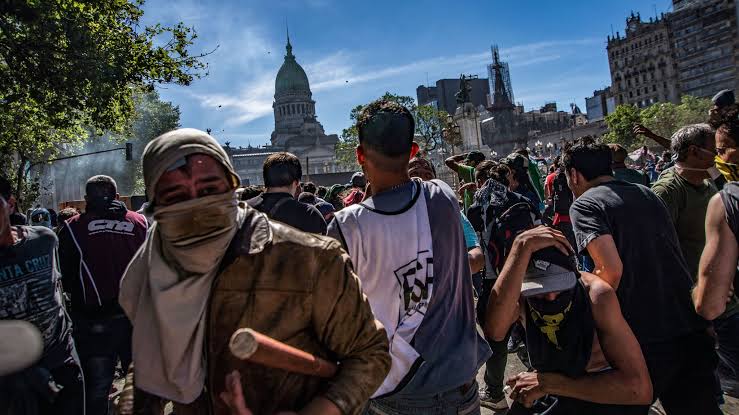 In 2008, Argentina’s leftist government thought cracking open the piggy bank of the country’s private pension system was a masterstroke, until it wasn’t.

In need of cash to plug a gaping fiscal deficit after a global commodities bust hammered government revenue, Argentina’s President Cristina Kirchner proposed to nationalise the private pension system which had $30 billion in assets.

Financial firms administered funds in the private system and it was generating about $5 billion in new contributions annually. The global economic downturn in 2008 was a rough year for investments and the government sensed a weakness.

President Kirchner told Argentines that the move to nationalise private pension funds was aimed at protecting investors from losses resulting from the global market turmoil.

But economists said the motive behind the move was a growing financing need for the country caused by reduced prices of its commodity exports such as soybeans.

The commodity rout was exacerbated by unbridled government spending which created a funding gap of $10 billion to $11 billion in required debt payment between 2008 and 2009. The payments were from debt restructured after a 2001 default and new debt issued locally.

The private pensions then became an accessible source of funds to the government.

President Kirchner got two-thirds of the Congress to approve of the move that the country would rue years later.

Argentina was shut out of international capital markets from 2001 up until the 2008 pension grab because it defaulted on its sovereign debt. It got worse afterwards as nationalising the pension funds couldn’t save the country’s ailing finances.

The country took a $57 billion bailout from the IMF and defaulted on the loan in 2018.

Argentina is today battling to restructure around $100 billion in sovereign debt after crashes in the peso currency, steep inflation and an anaemic economy left the major grains exporter unable to service its public debts.

Nigeria doesn’t plan to nationalise pensions in the style Argentina did but could roil its own private pension system if it arbitrarily takes out cash from it.

The move to pull N2 trillion out of the N10 trillion in assets under management of the pension fund administrators could damage confidence in the pension system and slow down contributions.

The government says the motivation for taking the money is to invest in infrastructure, the lack of which has continued to haunt Nigeria even after borrowing nearly N10 trillion from local and international investors within five years.

The worry is not that the government wants to borrow but rather the lack of trust in its true intention for racking up debt.

Like Argentina, Nigeria is also amid a fiscal crisis that started after the prolonged slump in oil prices. The Federal Government’s budget deficit has ballooned since then as the government opens the tap on spending at a time when revenues have fallen way off mark.

Rather than spend the bulk of its scarce resources on infrastructure, the government has prioritised recurrent expenditure from salary payments to sustaining an overbloated civil service.

In 2019, central bank data showed that the Federal Government’s budget deficit was a hefty N4.6 trillion, a record high and almost equal to the N4.8 trillion in revenue generated.

Recurrent expenditure gulped nearly 80 percent of the N9.4 trillion in total expenditure for the period, an unwanted trend for a country with such a massive infrastructure deficit.

The government plans to spend another N10 trillion this year and will be hoping a newly enacted Finance Act would help bolster revenues and reduce a swelling budget deficit. But that’s no guarantee, not when tax income may remain subdued on the back of weak economic activity.

Under the current practice, the government holds 70 percent of the pension funds in the form of bonds and treasury bills.

“If what is being contemplated is equivalent to FGN bonds, then why not just issue more bonds? The PFAs will buy anyway,” said Andrew Alli, a former CEO of the Africa Finance Corporation, a multilateral financial institution created by sovereign African states to provide pragmatic solutions to the continent’s infrastructure deficit.

Government officials already held meetings to speak to the PFAs of some private bonds that will be sold at between 6-9 percent that they would have to buy, according to a source familiar with the matter.

“The worry with such an action is that pensioners are at risk of giving up their savings to a government that isn’t an efficient spender and prioritises recurrent expenditure over capital expenditure,” the source said. “It also threatens to scuttle any confidence in the system.”

Nigeria’s mandatory contributory pension scheme has continued to grow because of the conservative approach the National Pension Commission has adopted in its management.

A central feature is a restriction on investments to assets of the highest quality. Plans to grow participation in the scheme mainly by private sector firms depend on its credibility.

“Argentina serves as an example of how not to run a pension system and the consequence of government meddling,” a business leader told BusinessDay on condition of anonymity in order to speak freely. “It would be interesting to see exactly how the government enforces this move.”

Emmanuel Odiaka, a financial analyst, said the pension funds belong to long-suffering Nigerians “whose savings should be efficiently well managed to generate competitive yield and should not by any means be borrowed by fiat”.