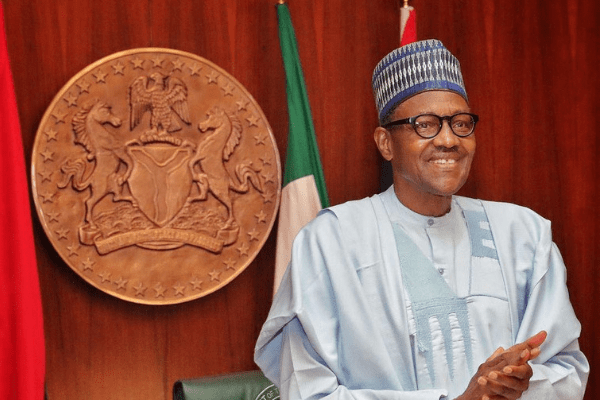 Two days to the 2019 general elections, President Muhammadu Buhari is expected to address Nigerians in a nationwide broadcast at 7pm with a repeat at 9pm, today.

A statement just released by the Special Adviser to the President on Media and Publicity, Femi Adesina, said “ all television, radio stations and other electronic media outlets are enjoined to hook up to the network services of the Nigerian Television Authority and Radio Nigeria for the broadcast”

Although the content of the address is yet to be made public, it is expected to address issues on the 2019 general elections.

The messages are usually kept secrete until the broadcast before they are unveiled.

Adesina also in a statement, said President has applauded former American President, Bill Clinton for his support for Nigeria

The President who was in a telephone conversation with Bill Clinton, appreciated former President of the United States, for his continuous support for Nigeria and the growth of her democracy.

“The President, who took a telephone call from President Clinton Wednesday night, described him as a friend of the country, while commending his constant support for the peace, stability and progress of Nigeria under a democratic dispensation.”
The statement noted that President Buhari also the opportunity to assure him of his commitment to free, fair and credible elections in the weeks ahead.

“President Clinton, who regretted his inability to visit the country to witness the signing of the final peace accord before the general elections, wished Nigeria well as her citizens go to the polls.

How Coronavirus affected payment of LG March salaries in Nasarawa