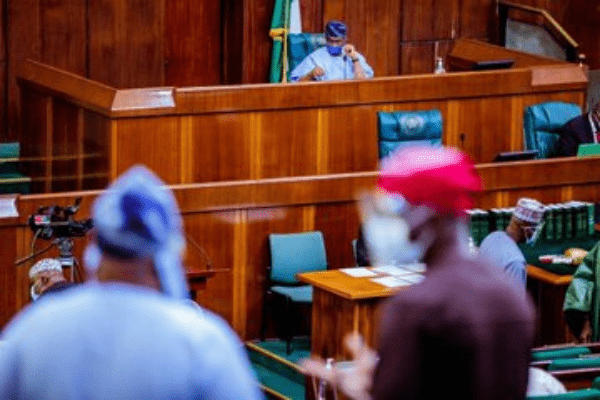 The House of Representatives has summoned the Governor of Central Bank of Nigeria (CBN), Godwin Emefiele, and the Accountant-General of the Federation (AGF), Ahmed Idris to appear unfailingly before its Ad-hoc Committee investigating the power sector and explain the reasons for constant power failure in the country.

The Committee which was particularly angry with the incessant power outages that often disrupt its investigations asked the Bureau of Public Enterprises (BPE) to ensure the timely completion of the 7000-megawatt electricity project the Federal Government has entered into with a German power company, Siemens Inc.

Chairman of the Ad-hoc House Committee on Power, Alhassan Ado-Doguwa gave these directives Thursday at the 2-day investigative public hearing on the activities of the Nigerian power sector in Abuja.

Ado-Doguwa said the CBN Governor and the Accountant General of the Federation have undermined the powers of the House to investigate public officials by failing to honour their invitation to appear at the probe panel’s  2-day public hearing.

The House Leader said he was surprised that the CBN Governor and the Accountant-General failed to honour the invitation of the Committee and did not deem it important to send a written document to an investigative panel.

“I am surprised that the CBN Governor is not here and cannot send communications why he cannot be here. The same thing is with the Accountant-General. The CBN did not even send any written documents to us. I think it is sheer disregard for the institution of the legislature. This is an investigative hearing riding on the powers of the legislature under the 1999 Constitution”.

“Here we are talking of loans, debts and interventions and the two government agencies responsible are not here. I am made to understand the Accountant-General has made a submission but that is a different thing from making an appearance”, Ado-Doguwa said.

The lawmaker who said the Committee cannot condone this attitude directed the Committee Secretariat staff to write again to the CBN Governor and the AGF to appear unfailingly before the Committee or face dire consequences.

The Committee tasked the BPE Director General, Alex Okoh to ensure swift implementation of the 70000 megawatts power agreement to increase the capacity of the national grid for adequate power supply to the country.

The lawmakers lamented that the privatization of the defunct National Electric Power Authority (NEPA) and unbundling of the Power Holding Company of Nigeria (PHCN) has not adequately addressed the challenges of power in Nigeria.

The BPE Boss, Okoh while responding assured that substantial progress is being made in the Federal Government and Siemens deal on power, disclosing that the completion of the project is targeted for December 2021.

In their separate remarks, other invited stakeholders at the hearing including the Federal Ministry of Power, Nigeria Electricity Management Service Authority, and the Rural Electrification Agency said funding was their main challenge and called for increased government funding of power infrastructure for improved power supply.