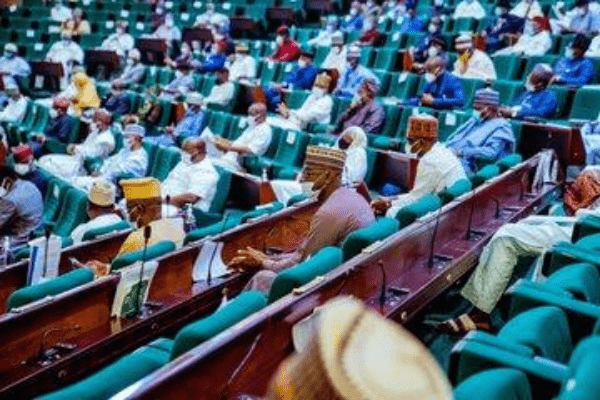 The House of Representatives has grilled the Federal Ministry of Power over N7 billion extra-budgetary expenditure, allegedly spent on the Kashimbila power project, and keeping government money in commercial banks in 2015.

The House of Representatives Public Accounts Committee at an investigative hearing on Monday demanded an explanation for the N2 billion deposited in a commercial bank by the Ministry in 2013 without any record provided to the office of the Auditor-General.

The Committee also sought to know how long the money was kept with the Commercials banks and the interest it generated as well as all correspondences between the office of the Accountant General of the Federation and the Ministry concerning the money.

Chairman of the Committee, Wole Oke who described the expenditure by the Ministry as extra-budgetary, also demanded the 2015 appropriation of the Ministry.

The Committee, therefore, summoned the Management of Aso Savings and Loans Limited over the N2 billion deposited with them by the Ministry of Power since 2013 which the Ministry said was meant for the staff housing scheme.

Responding, the Permanent Secretary, Federal Ministry of Power, Didi Wilson-Jack told the Committee that the N7 billion which the Ministry kept in four commercial banks in 2015 were meant for the Kashimbila hydropower project and was given to the Ministry as a special intervention.

She however said, shortly after the introduction of the Treasury Single Account (TSA) by the government, the money was moved from the commercial banks to the TSA account of the Ministry.

According to the Permanent Secretary, the Ministry was making frantic efforts to recover the money from the bank, stressing that it has already reported the bank to the Central Bank of Nigeria over violation of banking regulations.

She said the Ministry had written to the Accountant General of Federation in December 2012, seeking permission to open an account with Aso Savings and Loans Limited to address issues of staff Housing, and got approval in January 2013 when the deposit was made.

To this end, the Committee Chairman, Oke directed the Clerk to the Committee to write to the Central Bank of Nigeria to come and shield more light on the issue, while the bank is to appear before the Committee to explain the whereabouts of the money and the accrued interest.

The Auditor General of the Federation had demanded a refund of about N30 million extra spending by the Ministry on the World Energy Summit which took place in 2015, but the Permanent Secretary denied that there was no extra-budgetary spending on the summit.

She explained that: “Two approvals were made for the World Energy Summit. One was N44.671 million for the acquisition of space and construction of the pavilion. But as a result of the paucity of funds, only N39.446 million was released and duly retired.

“The second approval was for N30.316 million which was approved as travel expenses. But the Minister could not attend the summit and so, the delegation was reduced which also meant that the money had to reduce.

“For that, N21.204 million was released as travel expenses and has been duly retired. This money was paid directly to all those who attended the summit. So, there was no extra payment of N30 million as contained in the Auditor General’s report”.

Also during the hearing, the Permanent Secretary, Ministry of Police Affairs, Nnamdi Mbaeri told the Committee that the sum of N110.151 million complained about by the Auditor General of the Federation could not be mopped up and transferred to the TSA because it was not available for mop-up.

Mbaeri said N85 million of the money was seized through a garnishee order from the court as a result of a case involving the Nigerian Police Force while the balance was transferred to the TSA before the Ministry was scrapped in 2015.

But the Committee demanded details of the case involving the Police for which the garnishee order was made, a copy of the order and a detailed bank statement on the account, and when the balance was transferred to the TSA.