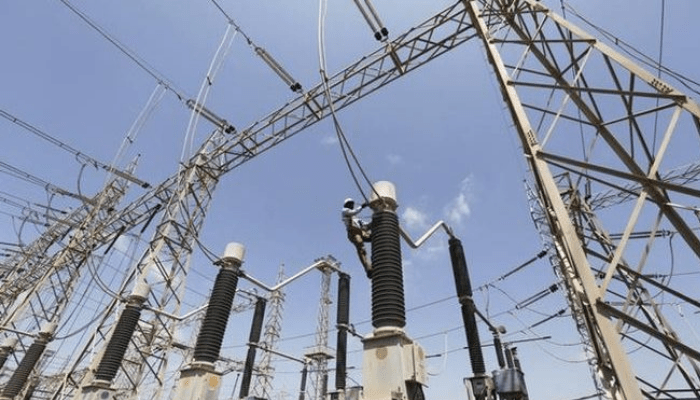 The one hundred and forty-one megawatts (141mw) Geometric Power Plant in Aba, the commercial hub of Abia State, will become operational by June next year, courtesy of a $50 million facility provided by the African Export-Import Bank (Afreximbank).

A deal for the Term Loan with Geometric Power, which should see to the completion and coming on stream of the company’s vital Aba Integrated Power Project in Nigeria, was signed last week in Durban, South Africa, and Aba could soon have uninterrupted power supply.

A 2010 survey conducted in conjunction with National Rural Electric Cooperative Association (NRECA) of the United States found that there were 78,870 private generators in the Aba area with a nameplate capacity of 289,666kVA and consuming 2,589,864 litres of diesel every week.

According to Barth Nnaji, the promoter, the Afreximbank support will finance the initial capital required to acquire rights to the Aba Ring Fenced Area and also support the commissioning and commencement of operations of the Aba Integrated Power project in the commercial hub of South-eastern Nigeria.

The bank had earlier advised Geometric Power, the project sponsor, on restructuring and arranging gap capital in the $332 million recapitalisation funds for the Aba IPP Power Project.

The Aba Integrated Power Project is a fully integrated generation and distribution utility located in Osisioma, Aba, Abia State, Nigeria, comprising a gas-fired embedded power plant with General Electric Gas Turbines, with an initial capacity of 141mw, to be upgraded to its licensed 188mw capacity.

The power plant will be owned and operated by the generation arm of the utility, Geometric Power Aba Limited, while the distribution arm will be operated by APL Electric Company Limited, and has state of the art infrastructure to curb any loss, including overhead lines and substations.

Geometric Power Aba Limited also has a 27km dedicated gas pipeline and related facilities to provide reliable power at all times to its franchise area. The project has exclusive rights to supply power within a 4000km2 area, covering 9 out of the state’s 17 local government areas.

According to Benedict Oramah, president of Afreximbank, “Afreximbank is proud to be part of this great milestone achievement by having resolved this recapitalisation and financing. In line with the bank’s Fifth Strategic Plan, and in particular the strategic pillars related to financing, industrialisation and export development, the commissioning of the Aba Integrated Power Project embodies Afreximbank’s objectives in many dimensions and could possibly be a tipping point towards the industrialisation of Nigeria through stable power supply.”

At the ceremony, Nnaji, chairman/CEO of Geometric, said, “The Aba IPP will supply electricity to over 2 million people and more than 300,000 electricity customers including Small, Medium and Large Enterprises, thereby directly touching many lives in Southern part of Nigeria, with a ripple effect on the value chain across the nation. Being one of the only 24-hour reliable power suppliers, Aba IPP will; revive moribund industries, power the Enyimba Economic City as well as markets such as the famous Ariaria International Market that harbours entrepreneurs mostly involved in the export value chain.

“We deeply appreciate the entire Afreximbank team who have worked tirelessly for nearly five years to bring this transaction to maturity. We also thank the original lenders to the Aba IPP including Access Bank and former Diamond Bank, Stanbic IBTC Bank, and Asset Management Company of Nigeria for their vision. We are deeply grateful to Afreximbank and its management led by Professor Benedict Oramah for supporting the vision of the Aba IPP project.”

The poor availability of power in Nigeria has long been identified as a major hindrance standing in the way of rapid economic growth in Africa’s largest economy.

For instance, the Enugu DisCo, which serves five states in Eastern Nigeria, receives about 300mw of power from the national grid, and now Aba alone will get about half of that from Geometric and with its dedicated 500mw capacity gas pipeline the level of generation from the plant in Aba can be ramped up quickly.

An elated Nnaji told BusinessDay Monday that the three turbines of the plant were sent back to General Electric last year for recertification. Two of the turbines have come back while the third is expected in weeks.