Aba to get constant power as Geometric activates plant Q1, 2020 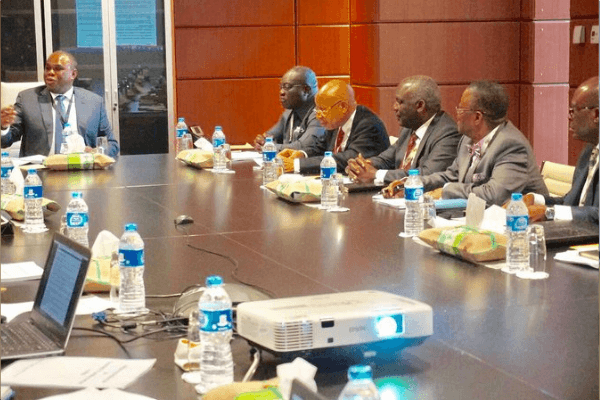 Aba, the commercial hub of Abia State, may soon begin to enjoy constant power supply, as Geometric Power Limited, promoter of the independent power plant at Osisioma, has put plans in place to activate the plant in the first quarter (Q1) of 2020.

Geometric Power has been on the process of developing the first integrated power project in Aba, South-East region of Nigeria.

Intention of the management of Geometric is to deliver reliable electricity to industries, commercial outfits as well as residential areas of Aba and its environs, says Bart Nnaji, chairman/CEO, Geometric Power Limited.

Nnaji, a former minister of power, who was at the secretariat of the Aba Chamber of Commerce, Industry, Mines and Agriculture (ACCIMA) Thursday to sensitise the Aba business community on the plans of his firm for Aba, explained that Geometric would provide constant and efficient power supply to nine local government areas of Abia State – Aba North, Aba South, Osisioma, Obingwa, Isiala Ngwa North, Isiala Ngwa South, Ugwunagbo, Ukwa East and Ukwa West.

To solve the power problem faced by industrialists and other residence of Aba, he explained that Geometric had built 140 megawatts of power plant in Aba with four additional sub-stations to add to the three already in existence before they arrived, making it seven sub-stations in Aba and its environs.

He revealed also that Geometric had its own gas pipeline straight from Shell – a 27-kilometre pipeline from the power station to Shell at Ukwa.

He regretted that after putting the entire infrastructure in place that the Bureau of Public Enterprises at the unbundling of the moribund Power Holding Company of Nigeria (PHCN) included the Aba Ring Fence, which was concessioned to his firm, to the owner of Enugu Electricity Distribution Company (Enugu Disco), which according to him, was a mistake.

To resolve the impasse, he stated that Geometric went to court and won, but that eventually government mediated and it was settled that the Aba Ring Fence be returned to them, but that they had to refund what the people, who bought it paid, which is what they have spent time trying to do.

“The project stalled because, we couldn’t inject the power to industries and commercial outfits for nearly seven years now. But, we are ready now to start and we came to talk to the business community in Aba that we are getting ready to start and the relationship we need to have with the business enterprises is what we are here to discuss. It has been a very torturous journey, but finally we are here.

Asked whether the issue with Enugu Disco has been settled, he said, “It is settled on paper, but within the next month or so, it will be finally settled. That’s when the actual payment will take place.”

Stressing that Geometric will take over the network as soon as the payment is made, and begin to rebuild its facilities, which will take about five months to do.

In his words, “We have to recheck the turbines and re-establish the warranty and all these things will be in that period of time. So, within that period, there’ll be a lot of activities in Aba, to get the power structure, as planned to be ready and that should start by September (next month).”

Probe panel calls for memoranda on Agric College, College of Education, others