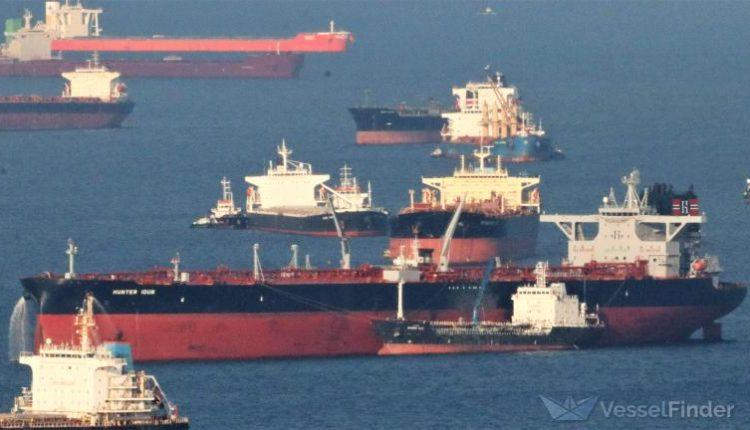 The reported seizure of a 3-million-barrel-capacity oil tanker in Equatorial Guinea suspected to be carrying stolen Nigerian crude is validating assertions by industry operators that crude theft has morphed into an organised crime with security agencies and host communities complicit.

At the current global oil price of around $100 a barrel, BusinessDay analysis shows that Nigeria would have lost $300 million in a single operation by one vessel and its sponsors.

The vessel, MV Heroic Idun, is capable of pumping in about 100,000 barrels of crude oil daily and would have had to stay in Nigerian waters for at least 100 days to take up its full cargo of three million barrels before sailing without being seen and apprehended by the Nigerian Navy, upon which billions of taxpayers’ funds have been expended lately to equip.

The Equatorial Guinea Navy arrested the oil supertanker, which had apparently evaded arrest in Nigeria after it was seen around the AKPO Oil field on August 7.

The vessel, with International Maritime Organization number 9858058, was arrested on August 12.

“How is it that a vessel of this size without the documentation to pick up crude oil from Nigeria operated for one whole month pumping stolen oil without being apprehended,” a senior Nigerian oil executive said.

“If you understand what it costs to charter such a vessel a day and that it may have spent a whole month in Nigeria pumping 100,000bpd, then you will know how massive this business and the dynamics behind crude oil theft in Nigeria are,” he said.

According to one expert, there is every reason to believe that the nation’s security agents are complicit in the nefarious game, especially given the size of the illegal operation and more importantly, “Nigeria is just not prepared to fight what is easily its biggest economic war to date.”

At the recent Nigerian Oil and Gas Conference in Abuja, representatives of the International Oil Companies said the President Muhammadu Buhari-led government’s inability to rein in crude theft is the biggest turn-off for new investments.

Using a back-of-the-envelope estimate, Mike Sangster, the managing director of TotalEnergies EP Nigeria, said the country could be losing about $10 million daily in accrued revenue, with an estimated loss of 100,000 barrels at the cost of $100 a barrel.

Analysts at Wood Mackenzie in a report earlier in the year revealed that Shell’s Bonny and the Brass oil pipeline system owned by the upstream Joint Venture between Eni, the Nigerian Petroleum Development Company, and Oando, were facing systemic attacks.

“The scale and sophistication of crude thefts suggest an organized operation on an industrial scale,” said analysts at Wood Mackenzie.

One report suggested that the Nigerian Navy Ship GONGOLA had interrogated the ship when it was first seen around the AKPO Deep offshore oil field operated by a multinational oil firm at midnight on August 7 but this does not explain why the vessel was not apprehended.

It was reported that upon interrogation, it was discovered that the ship, alleged to have come into the country’s waters to load products neither had the Nigerian National Petroleum Company Limited’s (NNPC) loading permit, nor valid documents to be in the country’s waters.

Having established that the vessel was up to no good in the area it was located, the Marshal Island flagged the ship with 26 crew comprising 16 Indians, eight Srilankans, a Polish, and one Filipino.

The vessel was asked to proceed to Bonny Fairway in Rivers State for further interrogation and Vessel Boarding Search and Seizure, but it increased its speed and changed its direction facing Sao Tome and Principe.

Activities of crude oil thieves, operators of illegal refineries, pipeline vandals, and illicit bunkering operations, and a government that has so far proved incompetent to deal with the huge loss, have continuously robbed the country of billions of dollars.

Oil companies are shutting down operations as a result of the theft and this is further worsening the country’s fiscal position. Others have adopted expensive alternatives including barging their products to ships at sea bypassing pipelines that deliver less than 30 percent of the product sent in from the other end.

It is estimated that up to 300,000 barrels of oil is stolen daily in Nigeria.