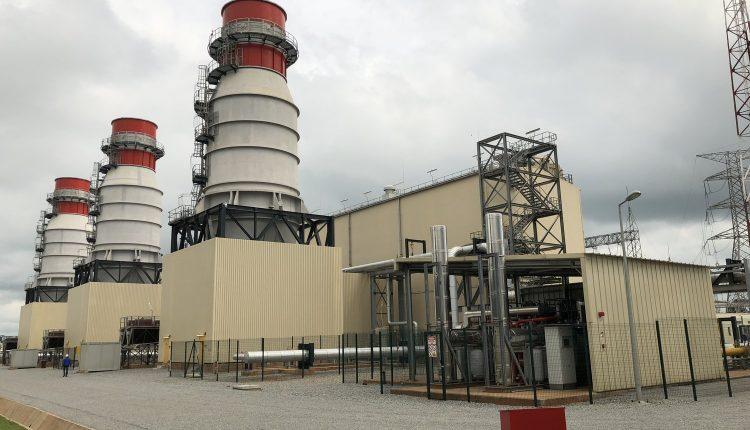 Ovie Omo-Agege has said Nigeria’s agreement with Azura Power could be another P&ID case and sought an outright cancellation of the agreements Nigeria has with Azura Power and Accugas. But this comparison flies in the face of reason. While the P&ID deal is nothing but an inglorious contraption, Azura is Nigeria’s most acclaimed power generating company which has never failed to deliver power for even one day since its celebrated commissioning.

Omo-Agege and others like him should know better. As a ranking member of the country’s legislature, he enjoys the privilege of having tax-payers bear the cost of his legislative aides. Given that energy features prominently at every important policy intersection in Nigeria, one of his aides should and must be a person well skilled in energy economics.

“We cannot review that agreement, we will need to cancel that agreement outright. We have another P&ID in our hands clearly,” Omo-Agege said on Wednesday following a presentation by the senate’s power committee.

The matter of Azura is neither complicated nor is the arrangements that the company has with the government of Nigeria opaque in any important aspect. So, BusinessDay went out to interrogate this matter instead of just blowing hot air like Omo-Agege. Here is what the facts tell us.

What deal did Nigeria do with Azura

Nigeria entered into an agreement to procure from Azura, a 450-MW of power plus a transmission substation and a gas pipeline/metering station to booth.

This contract was directly between Azura and the Nigerian Bulk Electricity Trading company (NBET), Nigeria’s bulk buyer of energy and whose job it is to provide guarantees. However, because NBET’s cash flows were and are known to be suboptimal, Azura could not raise capital (equity/debt) for the project unless NBET itself also secured guarantees to back its desire to deal.

These guarantees were provided for Nigeria by the World Bank/MIGA and the Federal Government Put-Call Option Agreement (PCOA). The regulator NERC and NBET worked with Azura from 2011 to 2015 to work through licenses, tariffs, Power Purchase Agreements, loan agreements and credit support arrangements with shareholders, the World Bank, Federal Ministry of Finance and the lending banks. EPC work could not start at Ihovbor-Benin (located right next to the NDPHC plant) until 2015 when all the licenses and project agreements (over 20 of them) were in place.

Project construction (all elements from IPP through TCN substation to gas pipeline and metering) was completed 6 months ahead of schedule, also on budget and commissioned in 2018. No other project of its magnitude in Nigeria has scaled this bar. So Omo-Agege, the senator they love to call DSP, Azura is not a P&ID unless you have not checked or asked the right questions. Hal Gregersen, the Innovation guru and admired professor at MIT has a new book out. ‘Questions are the answer’ and it is about how leaders succeed by asking questions . He said the right questions open the door to innovation. Perhaps it can offer useful insight to the senator if he reads it.

Interplay between Azura and NBET

Subsequently, Azura committed (in its Power Purchase Agreement with NBET) to deliver 450MW of capacity daily and NBET committed to take this power and pay for that energy. That’s what all sellers and buyers do all over the world. Since then, Azura has not missed a day of that obligation.

As we all know, NBET has vesting contracts with all 11 Discos under which capacity/energy received from all the country’s Gencos and IPPs are allocated (vested) amongst the Discos. The Discos are supposed to pay back upstream to GenCos and the Transmission Company of Nigeria (TCN) for this energy sold to it. As has now been shown, the DisCos have since 2018 been paying only an average of 30 -35 percent for the capacity and energy received. That creates a massive payment risk for the GenCos, gas suppliers, the very unique Nigerian mess that Azura’s guarantee portfolio was designed to hedge against.

Nigeria’s GenCos and TCN are owed over N1.7 trillion for unpaid energy delivered and transmitted and worse still there is no clear path to payment. NBET is unable to pay up because it does not have enough cash to pay these debts even though NBET signed up effective agreements to pay these GenCos and TCN. In turn, the GenCos owe their gas suppliers about a third of the N1.7 trillion owed to them by the Discos.

The ONLY REASON why Azura is not caught in this mess is that it negotiated and received solid international-backed guarantees, just like all properly structured IPPs across the world. If it’s guarantees had been provided by Nigerian banks only NBET’s default would have broken the back of the local banking sector. Indeed, Azura is often paid in arrears but has never called on its World Bank guarantee which would have completely destroyed Nigeria’s international financial credibility.

And how does Azura charge the NBET

Typically Azura’s monthly invoice is between $25m – $30m for its 450MW delivered to Nigeria’s grid daily. Of this sum, a third goes directly to Seplat which has a binding agreement to provide Azura gas to fire the station. For this reason, Azura’s 450MW plant is probably Seplat’s best customer. The other GenCos are dire financial situation because NBET is failing in its payment obligations, and because, in turn, the Discos are forever delinquent.

Azura’s charge was around N19 per kilowatt hour at the end of last year and bear in mind changes in macroeconomic indices (mostly FX) mean that this charge can move. So, we have a figure of $25-30m monthly which works out like this N19x1000 = 19,000 per megawatt of power. N19,000 per megawatt x 450 MW x 24 hours N205,200,000 per day. Other Nigerian thermal Gencos are at about the same pricing level. Only problem is these other thermal GenCos don’t have guarantees. That’s why they all are not happy with the Azura deal. It is like the woman in the Bible who asked that the child be killed just because the baby was not hers.

What options are open to Nigeria

Nigeria has options. First, it can deliberately default and World Bank’s MIGA will pay Azura. Once that happens, Nigeria’s international credit rating goes to rock bottom. Second, it can exercise its PCOA rights and pay Azura the over $2bn due for capital expenditure and lost profits. Nigeria does not have that money. So, instead Nigeria’s policymakers, legislators and regulators should be roused from their slumber, get the industry’s cash flows to actually begin to flow, then start paying up on due bills instead of looking for how to avoid paying up on legitimate contracts which will extend the contagion of default to international obligations. This is not wise at all.

Azura is Not another P&ID

Where is the P&ID connection in all this? A former chief of staff to the president took time to be persuaded about the deal with Azura. He later found out the truth and calmed down. Seems the DSP and others have taken over. He needs to think and ask himself questions as BusinessDay has done or simply call NBET for a briefing. Then he too will calm down after asking the right questions.

When Omo-Agege finds out the truth, he will see that the reason why Azura’s $30m/month commitment seems to be such a huge burden is also the same reason why there has been only one true IPP in this country – Azura. That reason is the delinquency of Nigeria’s Discos which means that Nigeria has a power sector but not an electricity market. In our villages, our mothers looked forward to market day. There were no excuses. Functional markets are key platforms that drive modern life. They brought their wares and sold them so they could buy what they did not have at home. Nigeria’s DisCos must be turned around quickly as they are the ones who collect the cash for the entire industry. When they start paying their bills close to or at 100 percent, Nigeria will see more IPPs, more power supply. Until then, it will be only Azura available.

Finally, the point must be made that the national assembly intervention in the sector is becoming the greatest obstacle to enthroning commercially viable electricity tariff in Nigeria. If the senator wants to contribute to a solution as he should, let him follow the electricity value chain to its anaemic source – the house of the Discos.