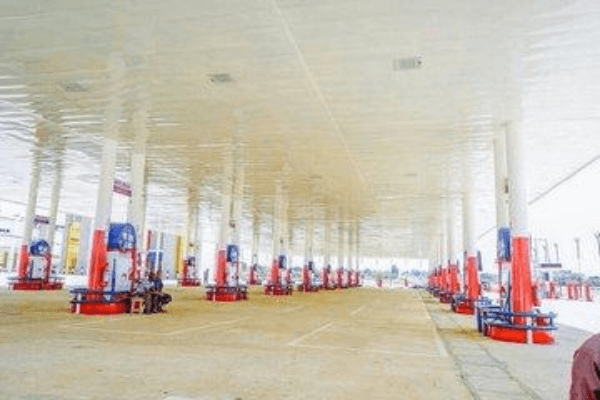 The House of Representatives has resolved to visit farm sites Port Harcourt, Delta, and the Lagos State to assess the situation around tank farms in residential areas.

The Chairman, ad hoc Committee investing the relocation of petroleum tank farms in residential areas Sergius Ogun (PDP-Edo) disclosed this while ruling at an investigative hearing by the Committee on Wednesday in Abuja.

Ogun who said the Committee would embark on the oversight function on August 17 noted that all tank farm Chief Executive Officers (CEOs) must be on the ground with all approval documents and other relevant documents.

Celestine stated that according to law, the tank farm owners were to get approval from the Department of Petroleum Resources (DPR) which they do without recourse to the Ministry.

He said some tank farms in Delta and Lagos do not have a permit from the Ministry to site their farms in the location where currently exists.

On his part, the Head of Petroleum Deports and Jetties, DPR,  Bashir Sadiq told that lawmakers said that before approval is given, there is a minimum fire control requirements that must be met by each tank farm.

He said: “We are acting with the powers of the Petroleum Act and subsidiary legislation and all that we have done is in consonance with the law.

“The Petroleum Act predates the establishment of the Federal Ministry of Environment and when it was established, the DPR Act was not changed to create a role for the ministry in the oil sector, unfortunately.

“But I think we can work together with them if we can have that handshake, unfortunately, it may not be adequate but we are looking into it seriously. It does not do any harm to have an extra layer of scrutiny when it gets to issues like this”.

Also at the hearing, the ad hoc Committee disagreed with the Nigerian Ports Authority (NPA) on who approved tankfarms for Kirikiri, Ijegun, and environs in Lagos.

While the NPA represented by Yusuf Ahmed, General Manager, Land, and Asset Administration said they had nothing to do with the approvals, the Ogun led House Committee insisted that the organisation in its submissions said they gave the contentious approvals.

Ahmed said because of the experience of tankfarms in Apapa, very few tankfarms were given approvals by NPA after 2008 as there was a restriction on such approvals.

He said: “In my view, the problem came about because of lack of synergy between the planning authorities. We are very careful and we ensure all regulations are done.

But a Member of the Committee, Uko Nkole  (PDP Abia) insisted that Ahmed was not correct, saying: “I don’t agree with you. From the documents you gave us, you gave approvals for Ijegun and Kirikiri. You’ve supplied us documents, so if you say you did not do it, the tenders come through NPA, and the channelisation, the water through they transport the vessels to the tank farms.

“All those vessels and what they’re carrying, you gave us all those information, and yet, you’re saying you did not approve?”

The Never-Ending Quest for a Benevolent African Dictator