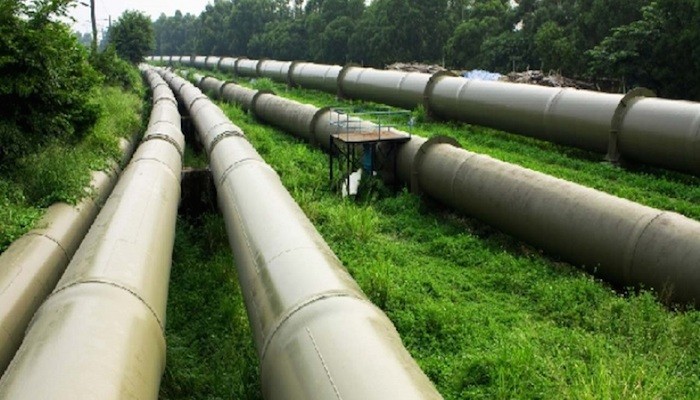 Adopting a private-sector-led model like Saudi Aramco can save Nigeria about N59 billion annually spent maintaining its network of over 7,000km pipelines across the country.

Instead of spending its cash alone on pipeline repair and maintenance as the Nigerian National Petroleum Corporation (NNPC) is doing, Saudi Aramco is inviting investors to share the cost and profit.

“This is an extraordinary opportunity for EIG’s investors, and we are proud to partner with Aramco in this marquee global infrastructure asset,” EIG chairman and CEO Blair Thomas, said.

Analysts say this is a better way of managing a network of pipelines because it optimises cost and promotes efficiency.

“Privatisation will increase efficiency in pipeline management and minimise the frequency of vandalism seen in Nigeria’s energy sector,” said Luqman Agboola, head of energy and Infrastructure at Sofidam Capital.

Some operators urge the Federal Government to relinquish control of the operation and management of its pipelines by selling some of its 100 percent equity to competent refining private partners in accordance with the Public (Privatisation and Commercialisation) Enterprises Act of 1991.

The Aramco pipeline deal allows EIG the exclusive right to use, transport through, operate, and maintain the pipeline network for 25 years.

This is the first major deal by Aramco since its listing in late 2019, when the Saudi government sold a minority stake in the firm for $29.4 billion in the world’s biggest initial public offering.

Rather than pump more cash into repairs and maintenance, it should change the ownership structure and business model, some stakeholders have said.

The company has been able to remove more than 523 illegal theft points through the use of anti-theft protection mechanisms, such as anti-tamper locks and steel cages for wellheads using CCTV technology.

BusinessDay sought to find out NNPC’s future plans for the pipelines but all efforts to reach NNPC’s spokesperson, Kennie Obateru via email or text proved abortive.

Over the years, calls to privatise the NNPC have gone unheeded while its outsized costs continue to take a toll on national oil revenue.

“Some of NNPC’s peers are leveraging on the opportunities of privatisation to only raise quick cash, but also have a more efficient system,” said Kurt Davis, an investment banker focused on Europe, Middle East, Africa, and Turkey.

Sabotage presents a threat to Nigeria’s energy security and the NNPC is spending billions to dig deeper into the earth to bury these pipelines.

Available data from the NNPC show a total of 1,161 pipeline points were vandalised across Nigeria in the 21 months between January 2019 and September 2020.

The vandalism happened across five pipeline axes nationwide. The Port Harcourt axis of the pipelines recorded the largest share of the “pulverised points” within this period with 538 points being damaged.

This was followed by the Mosimi-Ibadan axis with 535 points being damaged. Other oil pipelines in Gombe (46), Kaduna (32) and Warri-River Niger (10) accounted for the remaining oil pipeline theft in almost two years.

One of the most recent is the pipeline explosion last March that killed over 23 people and destroyed a girls’ boarding school in Soba, a residential neighbourhood of Lagos State.

Though NNPC’s operational model will be clear after the Petroleum Industry Bill is passed, there are indications it is thinking about external support.

Last year, 78 companies submitted virtual bids to NNPC for the rehabilitation of some of its pipelines.

The final partners of the bid opening were expected by the end of the first quarter of 2021, however, as of April 13, NNPC is yet to announce any selected winner.