Oil majors are not leaving Nigeria, only their investment dollars 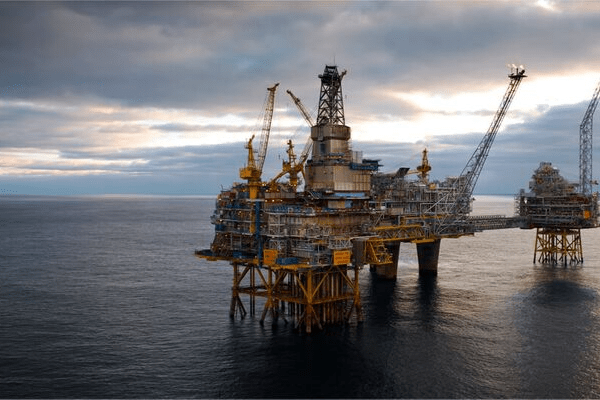 On many occasions last year, representatives of major oil companies said they were not leaving Nigeria, but analysis of their investments plans this year indicates that their investment dollars do not share the same commitment.

Global oil firms are preparing to spend more than $53 billion in Guyana’s coveted Stabroek Block in the next ten years according to a research by Rystad Energy, a Norwegian independent energy research and business intelligence firm.

With more than 8 billion barrels of recoverable oil discovered in Stabroek thus far, companies are set to boost their capital expenditure for the area, with ExxonMobil leading the way.

The Liza field – the first and largest discovery in the block – has increased the oil major’s appetite, as its capital expenditure in Guyana is forecast to reach around $22.6 billion between 2019 and 2030, said Rystad Energy.

The analysts reported that US independent Hess is expected to follow with a capital expenditure of some $15.1 billion and CNOOC of China with $12.6 billion. The Liza field will attract most of the expenditure, with the Turbot field and the Payara field expected to round out the top three.

The 2015 Liza find has completely rewritten the script for Guyana’s economic outlook, with capital investments (including exploration) having surpassed $3 billion in 2019.

“Currently, most of the costs are being spent on developing Liza and finding new resources. Soon, however, capital-intensive new development projects are likely to kick off, with greenfield costs forming a major part of the spending,” said PalzorShenga, senior upstream research analyst at Rystad Energy.

All over the world, enthusiasm for new investments in oil and gas projects are waning.  Analysts at Rystad forecast that overall global upstream investments in 2020 will decrease by around 4 percent with investments in shale/tight oil expected to contract the most, by almost 12 percent.

The forecast was premised on anticipated lower oil price and weaker cash flows which could force shale companies to reduce activity. Deepwater is the only segment expected to grow above 5 percent in 2020, spelling a boom for the industry. But the recent drop in prices precipitated by the coronavirus is a stark reminder that things may not go according to plans.

On a regional level, only Africa, Russia, and South America are expected to see growth or flat development in investments next year, with key players like Mozambique, Libya, and Mauritania pushing the largest continent’s growth to the highest worldwide at 11 percent.

Nigeria may have some of the biggest reserves on the continent, but it dims its chances of attracting investments through an inability to reform its oil sector fiscal and regulatory frameworks, especially failing to pass the critical Petroleum Industry Bill

The country’s chances were further hampered by policies like imposing a bruising $62billion in back taxes to oil companies for failing to follow a law it couldn’t even enforce. The situation is complicated by frequent attacks on oil installations in the Niger Delta, violent crimes and policy uncertainty in Nigeria.

Waning investments also show that outrage is not a smart strategy in the sector. In November, President Mohammadu Buhari assented the Deep Offshore and Inland Basin Production Sharing Contract (Amendment) Act, 2019 which requires an adjustment of the revenue due to the Federal Government from production sharing contracts (PSCs) whenever the price of crude oil exceeds $20 per barrel in real terms.

Nigeria also introduced offence and penalty for non-compliance with the provisions of the Act seeking to end perceived extortive practices of oil majors.

The club of oil producers warned that the new law would discourage investments. Global oil companies don’t play well unless the rules are rigged in their favour. Guyana’s anti-corruption agency is investigating how exploration rights were awarded in the world’s biggest new deepwater oil region, including those now controlled by Exxon Mobil and Tullow Oil after a watchdog group accused ExxonMobil of depriving the country over $50bn in a shady oil deal.

The new normal for countries seeking investments from oil majors is a willingness to make deep concessions and cede previously cherished rights.

In Mozambique, ENH, its state-owned energy company, tasked with developing and coordinating the legislation, licencing, exploration, production, transmission, distribution, transport and global trade of Mozambican energy, takes a stake of between 10 and 30 percent in all energy projects and allows generous terms for investors to recover cost. The country is on course to realise over $32billion in investments into its Rovuma LNG project.

In Algeria, the oil companies literally wrote the law. Algeria’s new hydrocarbon law approved in November 2019 aimed at attracting foreign investment into its oil and gas sector was drafted in collaboration with five major international oil companies operating in the country and cut their total tax burden from 85 percent to around 60 percent.

Algeria relies on hydrocarbons, which represent 40 percent of government revenues and 95.6 percent of its exports. Backed by state-owned Sonatrach, the country’s law makes a compromise between having the oil in the ground or giving away generous concessions to attract investments that will lead to extraction.

The tragedy with Nigeria’s case is that it does not have a cohesive strategy of how it wants to manage its oil and gas sector. The NNPC is spending billions of naira drilling in the northern inland basins while the biggest finds are in deepwater in the Niger Delta. The security situation in the north limits the worth of these finds. While it lacks the expertise to explore in deep waters, it does little to offer incentives to those with the capacity to drill in the area.

Like Nigeria, oil and gas production in Algeria is falling on the back of vastly reduced investment by IOCs. Nigeria has had the ambition to grow production by 4million barrels per day since the 90s and every new NNPC GMD continues to pirouette this inane twaddle.

As Nigerian works to close loopholes in its laws, IOCs are shipping their money out of the country, firing contract staff by the thousands and kicking Final Investment Decisions (FIDs) further down the road.

Oil majors are also looking at Brazil’s Marlim and Mero projects which could prop up South America to a predicted growth of almost 6 percent this year, said Rystad Energy Analysts.

Nigeria’s oil sector has come to a sorry pass through many years of brigandage by opportunistic governments that enabling its own exploitation looks like an acceptable compromise to get it off life-support.