Oil climbs near $84 a barrel on tightening global gas market 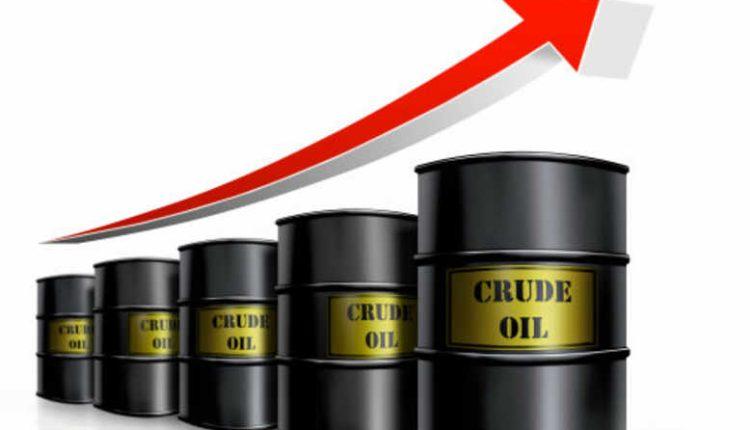 Oil surged close to $84 a barrel Monday as the global power crunch rattled a market in which OPEC+ has only been restoring output at a modest pace.

West Texas Intermediate futures climbed around 2% after topping the psychological price threshold on Friday for the first time since November 2014 while Brent crude traded at $83.69 in early trading.

The prices of fuels such as coal and natural gas are soaring in Europe and Asia as stockpiles run low ahead of the Northern Hemisphere winter, prompting a switch to oil products such as diesel and kerosene.

The American crude benchmark has risen almost 30% since mid-August as the energy crisis has intensified.

Read Also: Oil at highest since 2014 as OPEC plots gradual hike in supply

Concerns were compounded further after the U.S. Energy Department said it had no plans “at this time” to tap the nation’s oil reserves.
A decision last week by the Organization of Petroleum Exporting Countries and its allies to stick to a plan of returning just 400,000 barrels a day to the market in November has added more upward price pressure as many analysts had anticipated the group would pump more.

WTI’s prompt timespread is now 71 cents a barrel in backwardation, a bullish structure where near-dated prices are higher than those further out, from 29 cents a week ago.

“OPEC’s decision to hold back from a bigger than scheduled increase in output is likely to see the market tighten further in the fourth quarter,” said Daniel Hynes, a senior commodity strategist at Australia & New Zealand Banking Group Ltd. The “market remains well bid as demand continues to grow,” he said.

There’s a possibility that signs of slowing global growth will ease some of the demand pressure on crude, however.

Goldman cut its forecasts for U.S. expansion this year and next, blaming a delayed recovery in consumer spending. The bank said in a note that it now sees growth of 4% in 2022, down from a previous estimate of 4.4%.

The energy crises in China and India may also lead to a slowdown in Asia.