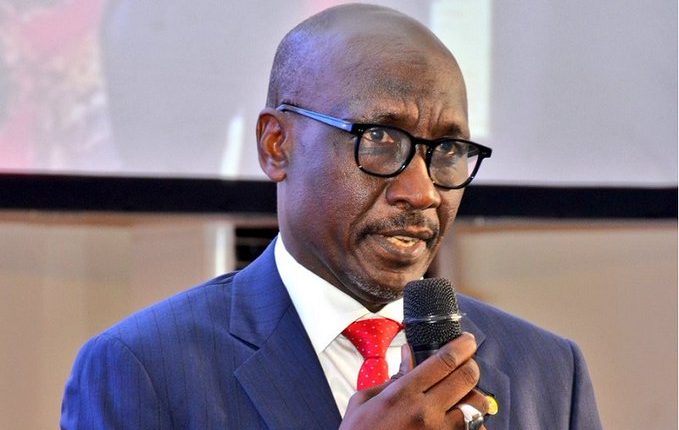 The Nigerian National Petroleum Corporation (NNPC) has given reason for the deployment of its top management officers and its recent recruitment stating that professional competence, national spread and accountability were prioritised before such deployment.

Kennie Obateru, the spokesperson of the corporation who gave the information in a statement on Sunday said many top management officers of the corporation were moved to new positions while some were promoted based on their verifiable track records of performance.

Obateru said that some Chief Operating Officers, Group General Managers and Managing Directors of subsidiaries were affected in the redeployment exercise at the national oil company.

Topping the list of the changes, he said, was the re-deployment of the erstwhile Chief Operating Officer (COO), Upstream, Roland Ewubare, to the Ventures and Business Development Directorate as COO.

Under the arrangement, Ewubare, in the new order got an additional responsibility for business development, besides managing the group’s ventures.

Obateru announced that Ewubare brings to bear his competence in the onerous task of laying the groundwork for the corporation to take up new business opportunities and challenges thrown up by the COVID-19 impasse.

Prior to his promotion as COO, Upstream, Ewubare was the Group General Manager, National Petroleum Investment Management Services (NAPIMS) between August 2017 and July 2019. He was also the Managing Director, Integrated Data Services Limited, an NNPC subsidiary, from August 2015 to August 2017. Ewubare hails from the South-South region of the Country.

A first-class Mechanical Engineering graduate of the University of Lagos, Adeyemi started his over 30-year career as a maintenance Engineer and later a project Engineer in Lever Brothers Nigeria Limited (Unilever). Thereafter he joined Accenture, a management consultancy firm, where he rose to become a Partner, providing advisory services on a wide range of subjects for over 20 years.

He joined NNPC in January 2011 as the General Manager, Transformation Office – leading a team of NNPC and International Consultants to implement NNPC’s earlier developed corporate vision and strategic plans. He is from the South West of the Country.

Obateru stated that the recent top management appointment also received affirmative action with the re-deployment of  Lawrencia Ndupu to the Downstream. A Physicists and renowned explorationist, Laura, as she is fondly called by her colleagues, started her working career in NNPC in January 1986, now spanning over 32 years.

Through the years, she has held many key positions amongst which are Deputy Manager Geophysics at NAPIMS, Manager Exploration, Joint Venture Oil Operations Division, NAPIMS, and General Manager Operations, Commercial & Investment Directorate of NNPC. She had managed NNPC Oilfield Services Limited, a position she assumed since March 2016 before her recent appointment as Chief Operating Officer of the Ventures Directorate of NNPC which takes effect from 8th July 2019.

She is from the South-East of the Country.

The changes also saw the appointment of Bala Wunti, the erstwhile Managing Director of the Petroleum Products Marketing Company as the new GGM of the National Petroleum Investment Management Services (NAPIMS).

With a chain of experience spanning close to 30 years, Wunti who hailed from the North East was the initiator of ‘Operation White,’ a system put in place to promote transparency and accountability in the distribution of petroleum products across the country and is generally adjudged a perfect fit for the job.

Wunti, a thoroughbred Oil and Gas Industry professional, is a graduate of Chemistry from the Ahmadu Bello University, Zaria, with an MBA in Marketing from the Tafawa Balewa University in Bauchi and a Postgraduate Diploma in Management from the same university.

The list also included Lawal Sade as the new Managing Director of the NNPC Trading Company, a subsidiary of the corporation. Before then he was the MD of NIDAS, a shipping arm of the NNPC. Sade had been essentially a marketer in the last 20 years with impressive outcomes.

During his stint in NIDAS, he secured the admittance of NNPC into the prestigious Oil Company International Marine Forum (OCIMF) membership, a globally recognized shipping community. His ability to deliver on goals has gained NIDAS a lot of credibility whereby its employees, shareholders and counterparties now have faith in its capacity to grow.

Obateru stated that the exercise kept in place Adokiye Tombomieye, from the South-South, as Group General Manager, Crude Oil Marketing, a highly strategic position in the corporation.

Obateru explained that the beauty of the new wave of appointments in NNPC depicted a leadership of the corporation determined and bent on ensuring placement of square pegs in square holes, while not losing sight of geographical spread, in respect of staffing.

The corporation also explained the parameters for its recent  employment of the  concluded Graduate Trainee employment process noting that accountability, transparency, national spread and professional compete

The National Oil company insists unblemished academic competence, logical thinking, ability to engage meaningfully in problem-solving in addition to federal character are key to becoming an employee of the corporation.

Kano release 294 prison inmates in the spirit of Sallah Celebration