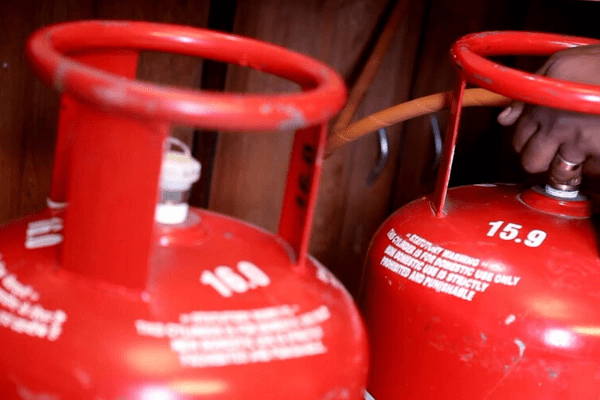 The Nigeria Liquefied Natural Gas Limited (NLNG) has denied being responsible for the hike in the price of Liquefied Petroleum Gas or cooking gas as it claimed it delivered the product on time at the Lagos terminal to avert any supply gap.

Upon investigations by BusinessDay on why the increase in price, some of the stakeholders alleged that it was because of logistics problems being encountered by the NLNG vessel that normally bring cooking gas to Lagos terminal.  The vessel, they claimed was diverted to a new terminal set for commissioning in  Port Harcourt, Rivers State.

They alleged that NLNG scheduled delivery for Lagos was disrupted by the inability of the Rivers State Governor, Nyesom Ezenwo Wike, to commission the new jetty or terminal as earlier planned.  He was alleged to have rescheduled the ceremony and this necessitated the return of the vessel to the new jetty which affected Lagos operations. Hence the shortage in supply which has affected the price of the product.

But Sophia Horsfall, manager, corporate communications and public affairs, NLNG, in response to BusinessDay enquiry described the allegations as untrue.

She said: “These allegations are not true. We commenced delivery to this terminal (the Stockgap Terminal) in October 2019.  The 5th November 2019 scheduled delivery was only made commemorative, to mark the commencement of LPG deliveries by NLNG into Port Harcourt.”

Commenting on whether the company would acquire more vessel to avoid such disruption in future,  she said: “In 2018, NLNG proactively commenced arrangements to charter a new DLPG vessel to boost volume and availability. The new vessel is being built by E.A Temile and Sons Company Limited, a wholly Nigerian company, under a contract with Hyundai Mipo Dockyard, South Korea.”

The National Bureau of Statistics had recently said the average cost of refilling a five-kilogramme cylinder for Liquefied Petroleum Gas (Cooking Gas) increased to N2,107 from N2,054 recorded in August, while the average price per litre paid by consumers for National

It said the price for refilling a five kg cylinder of cooking gas increased by 2.60 per cent month on month and 10.26 per cent year-on-year in the period under review.

Bassey Essien, executive secretary of the association drew the attention of the public to what he described as the arbitrary increase in Lagos.

According to him, the product’s price increased within a gap of five days, 20 metric tonnes of LPG which sold for N3.15 million, suddenly increased to N3.5 million and N3.9 million.

“A few hours thereafter, the price moved to N4.2 million even though the same product has been in the storage of these terminals when the price was even N3.5 million, so why the sudden upsurge,” he said.

He said the price hike would ultimately dovetail into high prices to the consumers who unfortunately are also caught up in the web of price hikes.

“At this time of the year in the past, price hikes used to be attributable to the winter season, increased demand for heating energy and international price index. This we have consistently questioned why a product in abundance in our country should become such a victim of any slightest issue occurring internationally.