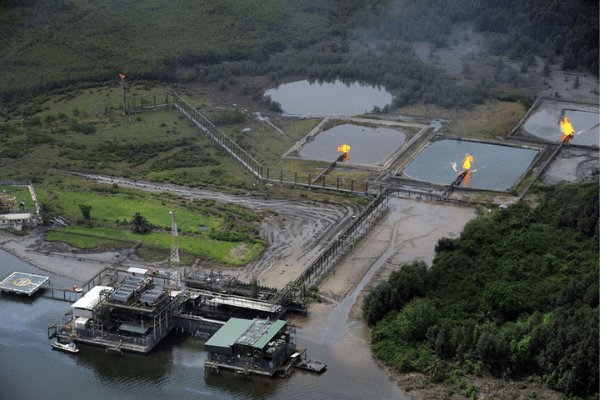 The Nigerian National Petroleum Corporation (NNPC) has yet to agree with International Oil Companies (IOCs) operating in the country over output allocations for each company following an agreement to cut 22 percent of production to halt the current fall in prices.

Earlier this month, Nigeria joined OPEC+ to cut crude oil supply by up to 10 million barrels per day between May and June 2020, eight million bpd between July and December 2020, and six million bpd from January 2021 to April 2022.

Timipre Sylva, the minister of state for petroleum, in a release after the announcement, said that based on reference production of Nigeria in October 2018 of 1.829 million bpd of dry crude oil, Nigeria would now be producing 1.412 million bpd, 1.495 million bpd, and 1.579 million bpd respectively for the corresponding periods in the agreement.

The trouble is deciding which company’s output to restrain in order to meet the supply cap placed on Nigeria’s output.

For oil producers, this presents a peculiar challenge. Their fields are modeled on price scenarios and production schedules which would be disrupted by the cuts and declining oil prices.

Nigeria’s offshore fields mainly managed by IOCs are scaling production because they require huge investments. Onshore fields, where the bulk of local oil producers play, are in deep crises owing to declining prices because their finances are careening towards disaster.

NNPC has to make the call which field to cut production with dire consequences for everyone.  This situation reflects the growing challenges to sell crude rather than prolific production by oil companies.

Brent crude traded at $20 per barrel on Monday yet Nigeria has been offering its flagship Bonny light at a $5 discount yet it is struggling to find buyers. Worse still, the NNPC said it’s limited domestic storage space in incapable of holding all the oil produced.

As a result of this situation, the NNPC has delayed publishing future oil export plans, some oil traders told Reuters.

Official selling prices (OSPs) for Nigerian oil, usually issued in the second or third week of each month, had still not been issued on Monday reports even though global supply deal, agreed by the OPEC+ group of oil producers, is due to go into effect on May 1, according to a Reuters report.

Unlike most commodities, oil produced today has already been priced weeks in advance and some futures contracts are sold months in advance.

The challenge for Nigeria and other oil producers is that the present supply cut deal went deeper than most and it comes at a time when there is fierce competition to sell oil in a saturated market, where demand has also cratered.

This could mean that some fields would have to be shut-in. For producers, curbing production is not as easy as shutting off a tap, analysts say. “Drilling programmes and activities to produce oil are not short-term activities and the significant cost is involved,” says Ayodele Oni, an energy lawyer at Lagos-based Bloomfield law firm.

When demand plummets and prices drop, it takes time for oil producers to start turning off existing wells.

“Shutting-in production is a very painful the decision for an operator to make,” Teodora Cowie, an analyst with Rystad Energy, writes. “Often the economics support running a well at a loss for a certain period of time rather than shutting down the project completely.”

As long as prices are greater than zero, a well will still bring in some money. And oil companies have fixed costs they have to cover. Even if they’re taking a loss overall, it may be better to keep a well running than to bring in no money. A well that has been shut down can be hard to turn back on.