Update: Nigeria in trouble as Brent crashes to $18 per barrel 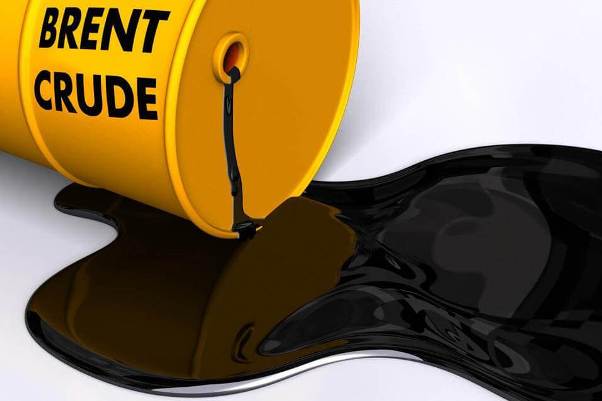 A more dangerous dimension might be setting in for the Nigerian economy as the price of crude oil which is used as Brent, the benchmark for the country’s Bonny light, has fallen by 20 percent to $18 per barrel.

The drop, sparked by a perfect storm of COVID-19-fuelled demand destruction and dwindling global crude storage facilities, is unlike anything markets have ever seen.

This benchmark was however reviewed to $30 per a barrel after the price came crashing alarmingly.

About 50 cargoes carrying Nigeria crude totaling approximately 50 million barrels are roaming about on the international waters across the globe without buyers.

Yesterday, the oil market witnessed a historic crash when the West Texas Intermediate US benchmark settled at -$37.

The coronavirus has severely reduced oil demand around the world due to large declines in airline, car, shipping, and trucking traffic as well as manufacturing.

Demand for crude oil is projected to fall by 29 million barrels per day this month, according to the International Energy Administration, as COVID-19 has forced countries around the world to issue “stay-at-home” orders to slow the spread of the disease. Lower economic activity means weaker demand for crude oil and its byproducts, including gasoline and jet fuel.

Supertankers are in high demand and often left idling offshore as on-shore facilities are out of space. In the North Sea, for example, vessels have been parked for days, loaded with gasoline and jet fuel with nowhere to go.

Even the world’s largest oil storage firm, Vopak, which operates three main facilities in Singapore, Rotterdam and Fujairah, is saying they’re at capacity.

Gerard Paulides, the chief financial officer of Rotterdam-based Royal Vopak NV, noted that “For Vopak, worldwide available capacity that is not in maintenance is almost all gone and from what I hear elsewhere in the world we’re not the only ones.”

In addition to the storage crisis and COVID-19-fuelled demand destruction, Oilprice.com reported that a wave of oil from Saudi Arabia was heading to US shores. And with little commercial space available, the additional crude could potentially force deeper production cuts in the US shale patch in the coming months, an issue that has been the centre of a heated debate in Texas.

COVID-19: 60% of tenants to default in house rents in Nigeria in coming months