How NNPC plans to Diversify to Mitigate Oil Sector Challenges 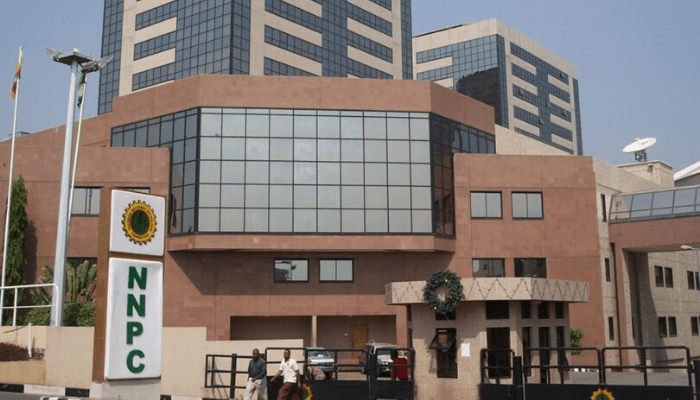 In a bid to cushion the impact of crude oil volatility and remain profitable through business diversification, state-owned Nigerian National Petroleum Corporation (NNPC) is considering spreading its business portfolios to other key major sectors of the economy such as housing, power, and medical sector in order to survive the pandemic period.

Diversification has been a topical issue discussed in several fora, especially when the global oil price war began a few months ago, which is why most experts have always advocated for more investments in other major sectors of the economy.

NNPC is considering investing in other businesses which may not have any linkage to oil and gas, but can easily provide cushion during difficult times as the corporation seeks to sustain revenue generation for Nigeria, and cope with the boom and bust cycles which are gradually becoming a feature of the global crude oil market.

“The NNPC what we want to do is to create an energy company, not just an oil and gas company. And that’s why we are moving into renewable energy. We have initiatives around solar that are paying off,” NNPC’s Chief Operating Officer, Ventures and Business Development, Roland Ewubare said.

“We have biofuel agreements with various state governments. We are trying to activate those programmes more rapidly. Within NNPC itself, we have a bunch of non-core businesses. NNPC is one of the biggest landlords in this country,” he said.

Also, NNPC is partnering with private developers to reduce the housing deficit in the country and also partnering with medical centres to provide innovative healthcare for Nigeria.

“Here in Lagos, just behind Chevron, we have 90,000 hectares of land in a country where there’s a housing deficit, we are happy to collaborate with private developers to develop these assets,” Ewubare said in a statement.

Ewubarem noted that NNPC has hospitals and clinics all across the country and is looking to create centres of medical excellence which will save the country lots of foreign exchange.

“We have a bunch of non-core directorates. What we are trying to do now is to expand the businesses but primarily in collaboration with the private sector whose core business is around these areas. Because we are oil men, not running hospitals. So, if we have a medical type company that wants to collaborate with us, we will be happy to talk to them,” Ewubarem said.

Ewubarem also explained that NNPC is having a conversation with some of the biggest logistics providing companies in Nigeria to have the state corporation as a partner in their businesses.

“All kinds of initiatives we have that are currently at incubation level. When they mature fully, the Nigerian nation will see the benefit of it and you and I as shareholders of NNPC will also get the benefits of it,” Ewubarem said.

As part of moves to improve profitability, the NNPC also announced plans to drive crude oil production cost down to $10 per barrel by Q4 2021.

This according to the statement would be done by systematically and gradually beating down logistics costs.

The Corporation’s revenue took a major hit in 2020 due to the slump in global oil prices, and this, in turn, affected the Nigerian budget given that oil proceeds account for a significant fraction of her income.

“When you have a low commodity price regime, as the case now, the only way we can squeeze out some reasonable cash and financial gain to the nation is by curtailing and constraining our costs in line with the GMD’s aspiration to push for a $10 per barrel cost of production,” Ebuware said.

Nigeria, Africa’s largest economy, is so over-dependent on crude oil that it makes up about 90percent of its export earnings and more than 60 percent of Nigeria’s revenue. So when low prices caused by the Coronavirus pandemic started, Nigeria’s economic growth paused.

“We have a seismic company, Integrated Data Services Limited (IDSL), in Benin for example, which I was Managing Director of, it was a very small company six to seven years ago, but last year the company posted revenues above $100 million. That’s still not too much money, but in an environment where you are looking for every penny to run the national budget, it is critical,” Ebuware said.

Ebuware noted that last year, National Engineering and Technical Company (NETCO) did over $150 million in revenues.

“So, there are different ideas and plans we have in place to diversify the income base of the corporation for the greater good of the nation and over the next few months you will see these things rolling out,” Ebuware said.

There is also an ongoing collaboration with selected partners to commercialise flared gas, a move which is expected to create thousands of new jobs, spur domestic gas demand, generate electricity, create an opportunity to diversify revenue of the Nigerian government, strengthen the country’s revenue base and turn Nigeria into a dominant geopolitical player in Africa, using its gas resources, just like Australia, Russia or Qatar.

This would be done by converting it to Compressed Natural Gas (CNG) and Liquefied Natural Gas, for sale to consumers.

“I do agree that the associated gas that we flare right now through an intelligent programme, we can sequester and capture those molecules and use it for the benefit of the broader economy. We haven’t done a good enough job, working with our IOC partners to see how to utilise that gas efficiently,” Ebuware said.