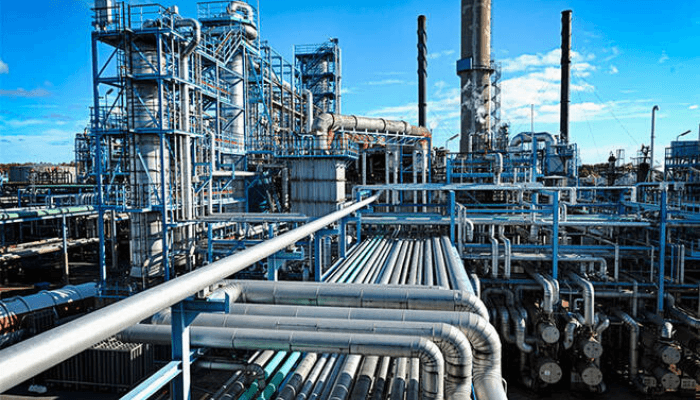 Once upon a time, Nigeria refined all the petroleum products it consumed and set sight on becoming West Africa’s refining hub but this ambition was short-lived.

With the novel coronavirus pandemic dislocating supply chains around the world, shutting down economies and decreasing commercial demand for energy resources such as crude oil, Nigeria has been caught out again unprepared. Ability to refine locally could have saved Nigeria so much economic exposure to external shocks at this point in time.

As of April, Nigeria had up to 70 cargoes of Qua Iboe and Bonny Light, two of Nigeria’s biggest crude grades and offered to sell at discounts of more than $3 to benchmark Brent, which was lower than what Africa’s biggest oil producer sold its crude during the 2008 financial crises, a Bloomberg report said.

Nigeria’s economy mirrors the movement in crude oil prices. And the prices of crude oil have been a moving target since early March falling to an 18 year low after prices fell below $30 a barrel.

Some of the implications of falling, oil prices are widening of budget deficit due to a shortfall in revenue from crude oil sales. Debt servicing becomes a challenge. Shortage of foreign exchange means Nigeria may not be able to fund the import of goods and services which include petroleum products.

The three tiers of the government that depends solely on sharing from the Federal Government will be challenged, commercial activities in the states will reduce, many governments will be reduced to just being figureheads, purchasing power will be hampered, production in factories will contract, that means there will be job losses.

If only Nigeria’s economy managers kept the doors of the refineries open and working. Africa’s most populous nation will be able to refine some of its crude oil. Local refining implies that the country will not spend its foreign exchange on the import of petroleum products.

How did Nigeria get here?

The first refinery was built in 1960 by Shell and British Petroleum with each owning 50 percent stake. They decided to do this because they were the main marketers of petroleum products (downstream products) in Nigeria – petrol, kerosene, liquefied petroleum gas (LPG) before any refinery was built in Nigeria. As soon crude oil was found in commercial quantities, Shell been the largest producer joined forces with BP to build a refinery.

At that time they started with 38, 000 barrels per day because that was all they needed to meet the needs of the Nigerian economy.

Two years after that they increased to 60, 000 barrels per day. Shell and BP still owned the refinery, neither the Nigerian National Petroleum Corporation (NNPC) nor any local government or player was involved. Soon after, Nigeria joined the Organisation of Petroleum Exporting Countries (OPEC) and the organisation asked all member states should own at least 60 percent of all the major oil companies in the country. This was how the government stepped in, took 60 percent and gave the oil companies 40 percent.

From about 1978, the NNPC decided to increase its shareholding of the Port Harcourt refinery owned by Shell and BP (at 50% each) to 100 percent. The refinery was nationalised essentially. Even then, petroleum imports were heavy and not meeting the required standards. This was when the Federal military government decided to site a new refinery in Warri.

The feasibility studies that were done for Warri refinery showed that Nigeria will have to build new refineries to meet the growing demands. The demand was growing at about 16 percent per annum for petrol, 12 percent for kerosene; diesel and others were about 12 – 14 percent. Fifteen percent growth of product consumption every year as of 1975 – 76 resulted in Warri refinery been completed in 1978. Immediately after that, the Kaduna project was started.

“From 1990 – 91 Nigeria was completely self-sufficient in all products and was exporting to West Africa. Between 1991 and now, the refineries lost steam for lack of maintenance, as and when due,” Alexander Ogedegbe, former managing director, NNPC Port Harcourt & Kaduna Refineries said. “As we speak today all the refineries have been shut down, not one is producing anything today.”

In the past, there have been talks of bringing partners to help refurbish the refineries and run them. The petroleum refining business is capital intensive. To repair the Port Harcourt refinery today will cost at least $1 billion, Ogedegbe said. If a company forms a partnership with the government or NNPC and brings in $1 billion, or even half a billion dollars, they will want equity. Equity means to want control of how the place is run. “Nobody will be touching those refineries without equity control,” the former Port Harcourt & Kaduna Refineries MD said.

This means the government needs to sell some shares. This is privatisation where 80 percent of equity belongs to a private party. Even if the government does not bring its contribution, the refinery will run, such as the Nigeria Liquefied Natural Gas (NLNG) Limited. This simply means the government gets no dividend for not contributing. It is also important that the right private investors get it.

In a 4-page letter, Donald Trump slams WHO, China for concealing the extent of coronavirus pandemic