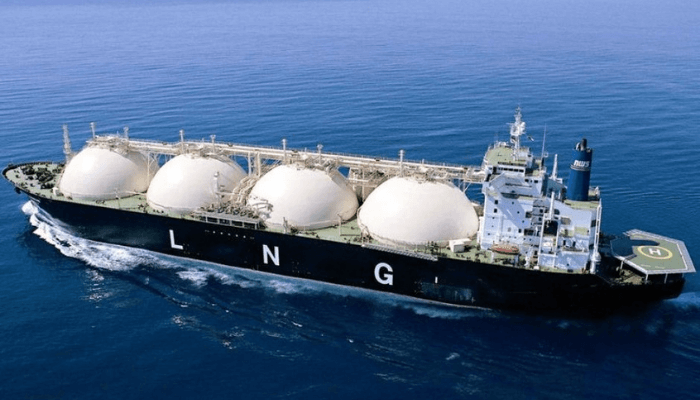 Global Liquefied Natural Gas (LNG) demand is expected to hit 436 million tonnes in 2022, on the back of the Russian-Ukraine war brewing crisis for European countries dealing with energy insecurity, a recent statement by Rystad Energy has shown.

This, according to the statement, means the demand will outpace the available supply of just 410 million tonnes, and this supply imbalance and high prices will set the scene for the most bullish environment for LNG projects in more than a decade, although supply from these projects will only arrive and provide relief from after 2024.

It said: “The expected reduction in Russian gas for Europe in 2022 is 37 billion cubic metres (bcm) of natural gas, rising to more than 100 bcm by 2030. As a result, Europe’s gas consumption likely peaked in 2019 and will now decline steadily through to 2030.”

Kaushal Ramesh, senior analyst for Gas and LNG at Rystad Energy said that “There is simply not enough LNG around to meet demand. In the short term, this will make for a hard winter in Europe.

“For producers, it suggests the next LNG boom is here, but it will arrive too late to meet the sharp spike in demand.”

However, it noted that a perfect winter storm may be forming for Europe as the continent seeks to limit Russian gas flows.

“If Russian flows were to stop tomorrow, the gas currently in storage (about 35 percent full) would likely run out before the end of the year, leaving Europe exposed to a brutal winter,” the statement said.

However, although soaring demand has spurred the greatest rush of new LNG projects worldwide in more than a decade, construction timelines mean material relief is unlikely only after 2024.

In addition, the supply imbalance and high prices will set the scene for the most bullish environment for LNG projects in more than a decade, although supply from these projects will only arrive and provide relief after 2024.

While noting this, the European Union’s REPowerEU plan has set an ambitious target to reduce dependence on Russian gas by 66 percent within this year – an aim that will clash with the EU’s goal of replenishing gas storage to 80 percent of capacity by the 1st of November.

According to the statement, by shunning Russian gas, Europe has destabilized the entire global LNG market that began the year with a precarious balance after a tumultuous 2021.

It said: “The decision to sharply reduce reliance on Russian gas and LNG from current levels of between 30 to 40 percent will transform the global LNG market, resulting in a steep increase in energy-security based European LNG demand that current and under-development projects will not be able to supply.”