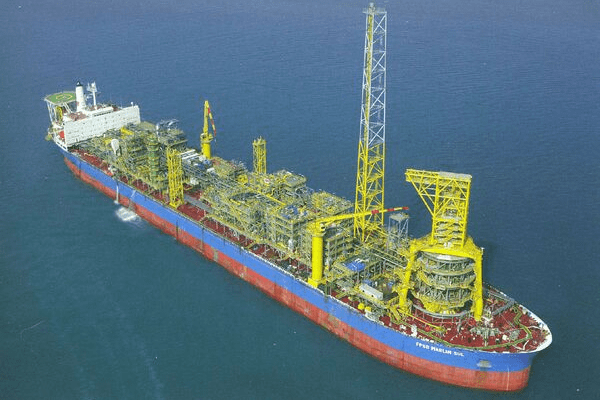 Renamed floating, production storage and offloading vessel Tamara Tokoni is ready for deployment at the Okpoho field in oil mining lease 119 by the end of October, sources familiar with the deal have said. Tamara Tokoni FPSO was formerly a Bumi FPSO.

This is Century Energy Services second FPSO deal in a few weeks. Last week the oil services company in a $40 million deal acquired Bumi Armada’s Armada Perdana FPSO that was initially operated on the Oyo field in Nigeria from Kuala Lumpur-based Bumi Armada.

In addition to processing the output from Okpoho, the FPSO is designed to act as a centre for production from third-party fields. The FPSO can handle 120 million cubic feet per day of gas, up to 50,000 barrels per day of oil (with debottlenecking) and can store 1.1 million barrels of crude, Iain Esau, an analyst at Upstreamonline said.

The Bumi deal follows Century Energy’s acquisition last month of the Front Puffin FPSO from Rubicon Offshore, which is operating on Yinka Folawiyo’s Aje field. That FPSO, acquired for $15 million, has been re-christened Tamara Naraye.

These deals make Century Energy the first indigenous Nigerian contractor to acquire and operate two FPSOs, simultaneously. However, it is understood that the contractor does not aim to compete with traditional FPSO players such as SBM Offshore, Bluewater or Bumi.

The advantages associated with floating production storage and offloading (FPSOs) over traditional semi-submersible oil rigs have positioned them as the preferred offshore infrastructure of the future for drilling oil fields.

The latest global deals and investments are spurred by strong demand for FPSOs that oil and gas operators are currently seeking to develop oil and gas fields, especially in Brazil, Asia, and Africa.

There are 186 FPSOs currently in operation around the world, 43 of which are operating in African waters, this just under 25 percent of the total. Ten percent of all FPSOs are operating specifically in West Africa, with one FPSO in Ghanaian waters, one off the coast of Mauritania, two in Cote D’Ivoire, and 14 off coastal Nigeria.

The FPSO purchase price comprises an initial deposit of $5.5 million to be paid to Bumi’s subsidiary Armada Oyo. Of this amount, $4.5 million has already been paid with the remaining $1 million payable by the end of this year. A further $11.6 million will be used to settle amounts owing.

Bumi said $5 million will be paid on or before the earlier of six months after the vessel is delivered to Century Energy or when oil is first produced from the field to which the vessel is redeployed.

OML 119 is operated by state-owned Nigerian Petroleum Development Company (NPDC) which had been assessing plans to replace its ageing Mystras FPSO.

Mystras, a 1976-built former tanker has been producing oil from the Okono and Okpoho fields since 2004 and was said to be in poor physical condition.

Since 2014, when it is understood Mystras had reached the end of its original design life, NPDC had held informal talks with various floater players and Nigerian engineering companies about securing a replacement vessel. Okpoho and Okono were discovered by NPDC in 1978 and 1983 respectively.

Despite being significant discoveries, the fields only started being exploited in 2001 when the Jamestown FPSO acted as an early production system, before being replaced by Mystras a few years later. Okono produces via subsea wells while Okpoho is tapped by a wellhead platform.

Eni originally operated OML 119 but in 2007 handed over operatorship to NPDC, a subsidiary of the Nigerian National Petroleum Corporation, and its block partner.

One year later, the FPSO Mystras, which was jointly owned by SBM Offshore and Saipem, was sold to the OML 119 partnership. Mystras converted in Dubai by DryDocks, is designed to handle 80,000 barrels per day (bpd) of oil and has a storage capacity of 1.1 million barrels.