Forget The Hype, Aramco Shares May be Valued At Zero Next Year 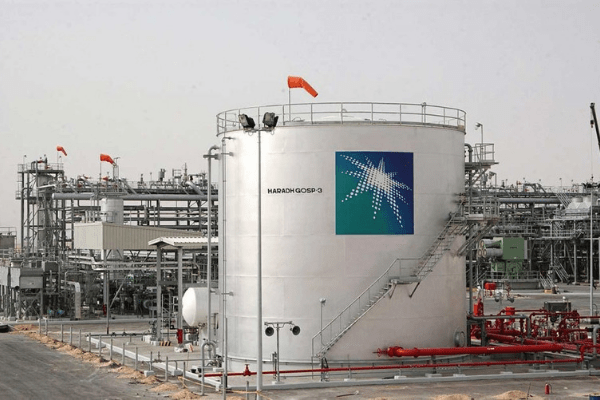 Read Also: What does the Aramco IPO tell us about Saudi reforms?

Through a combination of wooing local retail investors via preferential loans, threatening wealthy Saudis with the sort of treatment they had during their imprisonment in the Ritz Carlton in 2017, and inveigling the two principal credit ratings agencies to toe the exact Saudi line on the ‘lack of significance’ of the ‘Houthi’ attacks on Abqaiq and Khurais, the Saudis have finally been able to sell off a part of Aramco.

It may be nearly three years late, only around one-third of the original amount intended, have no foreign listing, and be priced to value the entire company at much less than the US$2 trillion that Crown Prince Mohammad Bin Salman (MBS) had staked his reputation on but it is done.

The shares are to be finally priced at the top end of the initial range, at SAR 32 ($8), according to Saudi sources. The problem with this is that within the coming year Aramco shares could well be valued at US$0.

The reason for this is not connected to the fact that Aramco does not actually own any of the sites from which it extracts oil and gas – not a single field, not a single well. It is not connected to the fact that it is used as a conduit to fund the latest harebrained social or vanity projects that are nothing to do with its core business – including developing a USS5 billion ship repair and creating the King Abdullah University of Science and Technology.

And nor is it connected to the mathematically impossible assertion by the Saudis that its oil reserves have remained at basically the same level for the last 30 or more years despite Saudi pumping an average of nearly three billion barrels of oil every year from 1973 to the end of 2017 – totalling 132 billion barrels – with no new significant oil finds were made during that period.

It is not even connected to the multiple class-action lawsuits that Saudi Arabia is facing from the families of the ‘9-11’ terrorist attacks for its part in them (15 of the 19 hijackers were Saudi nationals) nor to MBS personally giving the order to murder journalist Jamal Khashoggi, according to the CIA, among many others.

These, though, were key reasons why no listing for Aramco took place in the U.S., and indeed the U.K.

The actual killer blow for Aramco is on the cards from the renewed impetus to finally get U.S. President Donald Trump to sign the ‘No Oil Producing and Exporting Cartels’ (NOPEC) Bill, as examined in depth in my new book on the oil markets. This Bill has a broad mandate, making it illegal to artificially cap oil (and gas) production or to set prices. Clearly, fixing (and later heavily influencing) oil pricing is the very reason why OPEC was established in 1960, Saudi Arabia has been its de facto leader ever since, and Aramco is the prime vehicle through which Saudi Arabia’s production and pricing strategies (and those of OPEC) are implemented. Nobody from the Saudi side seemed to have twigged to the fact that there was a major legal issue in this context from both the U.S. and U.K. perspective as both have anti-trust (or anti-monopoly) regulations with real practical bite.

With Aramco being the key instrument used to manage the oil market by the Saudis, even though it is not directly involved in making the policy, the anti-trust legislation of the U.S. and U.K. can point to Aramco as being collusive in price-fixing through adjusting output to manage oil prices. Conversely, once the Bill is enacted, if Aramco did abide by the anti-trust regulations then Saudi would have to give up its role at the head of OPEC, which clearly it would not wish to do.

In addition to all of this, the NOPEC Bill immediately removes all sovereign immunity that presently exists in U.S. courts for OPEC as a group and for its individual member states – including, Saudi Arabia. According to legal sources in Washington familiar with the legislation and spoken to by OilPrice.com last week, this would open up Saudi’s US$1 trillion or so of assets in the U.S. to be seized in lawsuits.

It would also mean that trading in Aramco’s products – including oil and gas – would be subject to the anti-trust legislation, meaning the prohibition of sales in US dollars (oil, of course, is priced in US dollars), and would also mean the eventual break-up of Aramco into much smaller constituent companies that are not capable of influencing the oil price if the Saudis could offer up no other way of complying with the anti-trust laws.

Utomi advocates entrepreneurship as option to save Nigeria’s economy

Without reform, oil firms in Nigeria are holding their cash or moving it away

‘FG must prioritise legal framework for the oil sector to attract…

Without reform, oil firms in Nigeria are holding their cash…