Foreign investment into Nigeria’s oil and gas is still in its lowest ebb as inflow hit a low of $38.66 million in third-quarter 2019 which is still a sharp decline compared to $171.63 million recorded in Q3 2016. 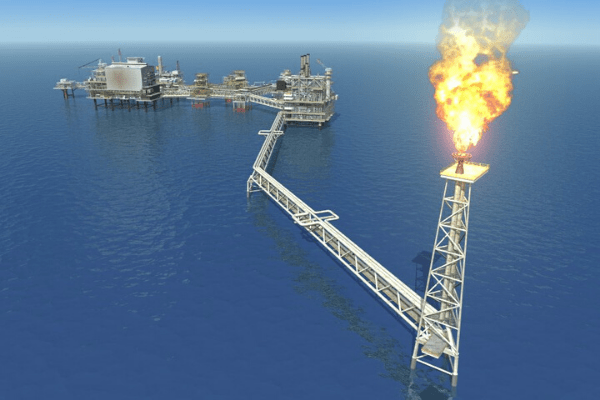 Foreign investment into Nigeria’s oil and gas is still in its lowest ebb as inflow hit a low of $38.66 million in third-quarter 2019 which is still a sharp decline compared to $171.63 million recorded in Q3 2016.

Despite running an economy mostly dependent on crude oil earnings, figures obtained from public data agency National Bureau of Statistics (NBS) revealed foreign capital inflow into the oil and gas sector still accounts for 0.72 per cent of total foreign investments into the Nigerian economy compared to other sectors like the Telcoms sector contributing 16.49 percent in third quarter 2019.

Some stakeholders say Nigeria could unlock a flood of capital into its oil and gas sector if it loosened up on its other assets in the manner it did with gas company, Nigeria Liquefied Natural Gas (NLNG).

What this means is that despite obvious opportunities in the oil and gas sector, FDI is not rushing into Nigeria as the government continues to maintain a stranglehold on sectors that can attract foreign investment at the detriment of the economy and the people.

“The solution to unlocking sufficient amounts of FDI in Nigeria could lie in replicating the winning ownership and management model of NLNG across sectors where government has exclusive ownership, from rail to airports,” Charles Akinbobola, an energy analyst at Sofidam Capital said.

NLNG is run in a unique way that is different to other public assets, as it is owned partly by government and the private sector. It is however run exclusively by the latter, earning it plaudits along the way for its operational success.

Other stakeholders believed Nigeria’s treatment of some of its largest foreign direct investors, from the oil companies who are being accused of owing billions of dollars in back taxes to phone giant MTN which has been at the receiving end of a number of hefty fines is surely not the best way to sell the country to potential investors.

Slow reforms in the power sector, absence of full deregulation in the petroleum sector value-chain, the multiplicity of exchange rates, among other factors are key downside risks that constrain investments and long-term growth, according to global consulting firm, PricewaterhouseCoopers (PwC).

The government’s many failings with attracting foreign direct investment most especially in the oil and gas sector have meant Nigerians have grown poorer as economic growth is slower than population growth.

Capital importation through FDI into Nigeria declined 62.29 percent to $200.8 million (N61.4 billion) in the third quarter of 2019, the lowest in four quarters stretching back to 2018.