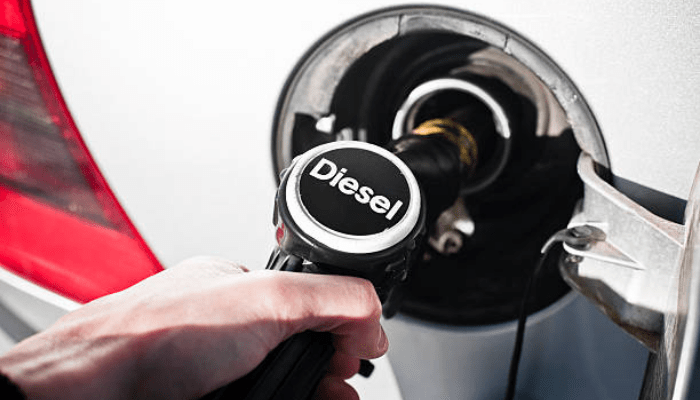 The market price of diesel in Nigeria has surged 184 percent from January to December 2022 despite the fall in global crude oil prices towards the end of last year, with Brent crude averaging $80 per barrel.

According to the National Bureau of Statistics, the average retail price of Automotive Gas Oil, also called diesel, paid by consumers rose from N288 in January to N818 in December. On a month-on-month basis, it increased by 1.11 percent from N809 in November.

As the cost of diesel is not regulated by the government, marketers use it as an advantage to generate profit for themselves, experts say.

Brent crude, the international oil benchmark, has declined by 34 percent from a high of $122 per barrel when the Russia-Ukraine war intensified. In December, Brent averaged $80.92, the lowest last year.

A survey by BusinessDay showed that marketers are still selling diesel at an average of N800-N810 per litre despite the drop in oil prices.

Godswill Agodichi, a supervisor from Continental Waste Management, told our correspondent that he brought diesel last week for N850 per litre in Apapa, Lagos.

He said the current diesel price is negatively impacting on frequency and efficiency of service to tenements “since our compactor trucks could only move after they have been fuelled, and this is directly related to payment receipts from serviced clients which are dwindling by the day”.

“For our business, which is about 80 percent transportation with diesel engine trucks, it is clear that this unprecedented diesel price increase is a major blow to our operations,” Agodichi said.

Analysts told BusinessDay that the rise in diesel price was due to depreciation in the naira, the global energy crisis, supply challenges and the absence of regulation.

“Diesel is a critical product of the crude oil value chain and the global oil price is a key factor in determining its price,” said Etulan Adu, an oil and gas production engineer.

“In Nigeria, the following factors affect the price of diesel: the cost of crude oil; refining costs and profits; costs of retailing, marketing, and distribution; taxes and government policies on diesel fuel price and imbalances in the demand and supply of diesel fuel.”

Adu said the seasonality of the market, cost of transportation and diesel price market competition affect the cost of the product.

According to Etulan, as much as the country’s refineries are dysfunctional, the supply side will be affected as the country would rely mostly on imports.

“With the global energy crisis and European refineries no longer relying on Russian crude, the impact would be much on diesel imports to Nigeria as importers look to other markets in Asia, the Middle East and other parts of the world,” Adu said.

“The drop in oil prices seems to be temporary because of market volatility. I do not think it would change for the better. Also, marketers are taking advantage of the situation since it is not under the subsidy regime.”

For Ayodele Oni, energy lawyer and partner at Bloomfield Law Practice, the primary reason for the rise in diesel prices is the depreciation of the naira or the increased strength of the dollar.

According to a statement by the Lagos Chamber of Commerce and Industry (LCCI), the development is due to complications with the exchange rate and other variable costs associated with importing diesel.

“We have issues like exchange rate pressures due to a weakening naira, insecurity in production bases, high cost of logistics due to rising energy costs,” the LCCI said.

According to NBS data, Ebonyi had the highest average retail price of diesel at N869 in December, followed by Bauchi (N860) and Ondo (N856).

Analysis by zone showed that the South-West had the highest average retail price of N841, while the South-South recorded the lowest price of N799.

How EU embargo on Russia will impact diesel prices in Nigeria