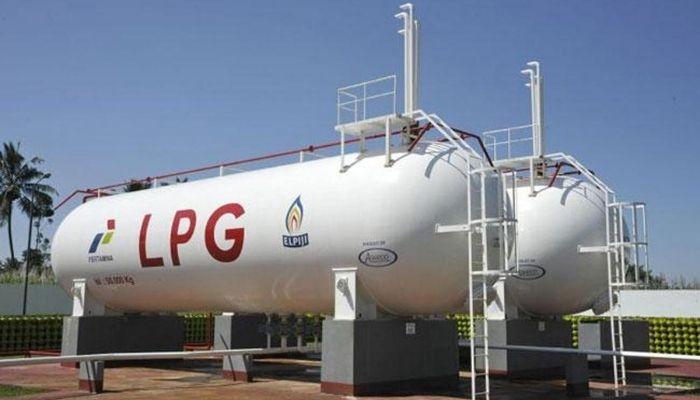 While the Nigerian LNG Limited has kept faith with its commitment last year to supply all the Liquefied petroleum gas (LPG) it produces into the domestic market, some other producers are exporting their own products contributing to the scarcity at home, the company said in a statement.

Mshelbila said the NLNG’s entire production of 400,000 tons per annum about 40 percent of the current national demand is being supplied into the local market while the balance has to be imported.

“Last year, we supplied about 400,000 tons per annum into the Nigerian market.

But we did that under extremely difficult circumstances where our gas supply into our plant was heavily compromised by numerous upstream factors, the single biggest one of which is crude oil theft,” he said.

As a result of the disruption that this created, the company’s capacity utilisation fell and that remains the case today, said the NLNG boss.

“If we have more gas input to our plant, we can produce more LPG. So the issue of supply for us starts with addressing the upstream supply challenges, the biggest of which is crude oil theft,” he added.

Nigeria has struggled to contain the theft of its oil in what operators are calling organised crime involving small-scale operators who steal crude using barges and industrial-scale operations involving the use of million-barrel capacity tankers who sail through the nose of the security personnel some with questionable documents.

The NLNG CEO described the Decade of Gas plan, which the company fully sponsored as one of the most comprehensive plans in the industry, and stakeholders in the industry will need to work collaboratively to ensure implementation in order to unleash and unlock LPG potential in the country.

He also called for reforms on gas pricing and subsidies on kerosene.“I think that we need some favourable government policies concerning LPG pricing. We need a utilisation policy that encourages the deepening of this market. The government will need to adopt a phased removal of kerosene subsidies. We all know the challenges that subsidies provide as a whole,” he said.