Solar panel recycling market to be worth $2.7 billion by 2030 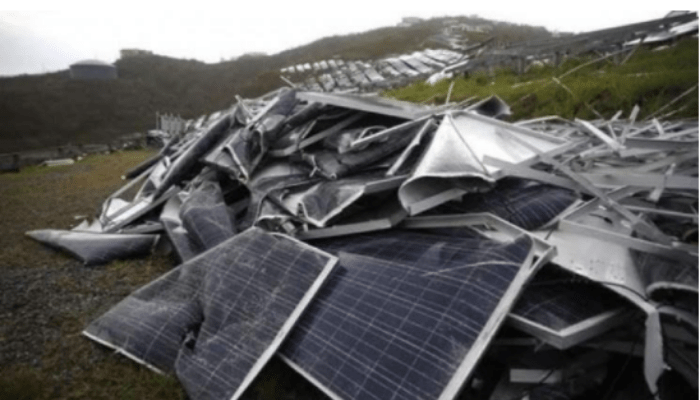 The demand for recycled solar photovoltaic (PV) panel components is set to skyrocket in the coming years as the number of installations surges and the threat of a supply bottleneck looms, according to Rystad energy analysis.

Recyclable materials from PV panels at the end of their lifespan will be worth more than $2.7 billion in 2030, up from only $170 million this year, Rystad Energy analysis shows.

According to Rystad, this trend will only accelerate in the coming decades, and the value of recyclable materials is projected to approach $80 billion by 2050.

In addition, PV recycling is still in its infancy. Still, it is an essential element of the energy transition, with solar PV waste projected to grow to 27 million tonnes per annum by 2040.

“Our forecasts show that recovered materials from retired panels could make up 6 percent of solar PV investments by 2040, compared to only 0.08 percent today,” Rystad Energy said.

“Landfills are an easy and cheap option as current resale prices for recycled solar PV materials do not compensate for the transportation, sorting and processing costs. Yet, the rapid growth rate of large-scale utility farms within solar energy can change this.

The energy research company said the material supply side is expected to encounter bottlenecks with the growing demand for minerals. Recycling can be a supply relief as panels reach the end-of-life stage.

According to Rystad Energy, demand for the materials and minerals used in solar PV is set to climb with the energy transition, with higher prices a likely result.

Also, the International Energy Agency’s net-zero emissions scenario targets 40 percent of the world’s power in 2050 to be generated by solar energy – equivalent to 19 terawatts (TW).

However, our 1.6 degrees Celsius (°C) scenario predicts that 53 percent will be solar-generated, a trend in the numbers and size of plant instalments.

In addition, by assuming a 15-year lifespan of a PV panel and analysing installation activity in 2022, we can estimate which regions and countries will benefit most from recycling PV materials in 2037.

Rystad Energy said China accounts for 40 percent of global installations this year. When these panels mature in 15 years, the estimated recycling value will be $3.8 billion, out of a $9.6 billion global total.

Also, India – another Asian solar PV powerhouse – will trail in second place with an estimated $800 million in value, followed by Japan with $200 million in estimated value.

However, Trailing the Asian continent, the value of recyclable material in North America in 2037 is projected to be worth $1.5 billion, with Europe set to hold $1.4 billion.