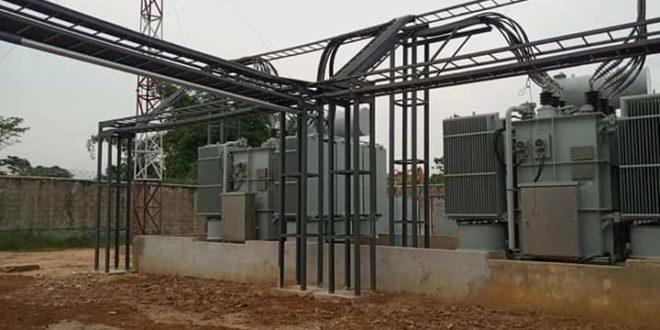 The role of steady power supply in promoting businesses, driving industrialisation and productivity can’t be overemphasised.

Entrepreneurs and traders make great progress in a safe and conducive business environment. The provision of enabling environment enhances the potentialities of investors and business organisations to increase local capacity and productivity.

One of the major clogs in the wheel of business growth, particularly Small Medium Enterprises (SMEs), is interrupted power supply. Over the years, Nigeria has been grappling with the challenges of unstable power supply.

To change the narrative of poor power supply as one of the ways to create enabling environment for businesses to thrive, Edo State government under the leadership of Governor Godwin Obaseki entered a Power Purchase Agreement (PPA) of 55MW with Ossiomo Power and CCETC Clean Energy (CCETC-Ossiomo Power) to boost electricity market in the state.

Today, Edo State with an estimated population of 4 million gets about 88MW of electricity which does not meet the rising electricity need for residential and commercial purposes.

It will also supply power to the Edo production center, an industrialisation program located along the Sapele road axis of Benin city, where Small and Medium Enterprises (SMEs) ply their trades.

Besides, the power plant will attract investments into the state, improve the sector for greater performance as well as create competition in the power supply industry.

Speaking during the Power Purchase Agreement (PPA) of the 55MW with Ossiomo Power and CCETC Clean Energy (CCETC-Ossiomo Power), the State Governor, Godwin Obaseki said the gas-powered electricity would free up power for other users in the Sapele road axis where the distribution infrastructure of the company passes through.

“The ordinary Edo people will benefit from this power arrangement because there is an arrangement to drop power in certain processing centres where artisans can move into and do their businesses with the assurance of steady power supply,” he said.

At the production center, manufacturers engage in the production of nylon products, furniture making, fashion designing, metal fabrication, waste recycling among others.

In an interview with some of the business owners operating at the Edo production centre, they described the government’s initiative to provide constant power supply in the centre as a positive step to revitalise Edo State and make it an economic hub.

Lugard Ekhosuehi, a metal fabricator said the basis of industrial development in any city depend on steady power supply.

“Power is the source of energy and without energy nothing functions. Ossiomo power plant will bring life, strength, coupled with the intellectual ability of the human being to elevating the suffering of the people and provide the light to enable us fabricate.

Edith Iriruaga, who is into plastic recycling said that the power project will contribute significantly to the process of recycling as well as open up space for more investors to come into the industry.

“One of the factors that has been affecting our production is fluctuating power supply. If we have the power constantly, then we will be able to meet our production target because this business involves volume. The more you produce the more you are going to have a significant margin to yourself.

“For now, the minimum target is about 20 tonnes of polyethylene terephthalate ( PET, plastic type 1) per month,” she said.

In a telephone conversation with Akin Agbaje, the State Commissioner for Energy said the investment will propel electricity distribution company in the state to sit up and improve on their distribution and services to Edo people.

According to him, we have a responsibility as a Ministry to build investors, business owners and Edo State resident’s confidence, informing them that the essence of opening the market is to encourage competition and improve service delivery.

“What the state intend to consume at the moment is about 15MW, and aside the CCETC-Ossiomo power plant there is the Ossiomo industrial estate which is around the generating plant. So, that industrial factory will use some of those power”, he stated.

He said the regulatory agencies have done inspection on the project and mandated the company to do a follow-up by way of correction.

“I think when they achieve that then we should be talking of the certificate which will give the company the power to commence operation,” he added.