NDE must explain to NASS modalities for recruitment of 774,000 community workers, says Lawan 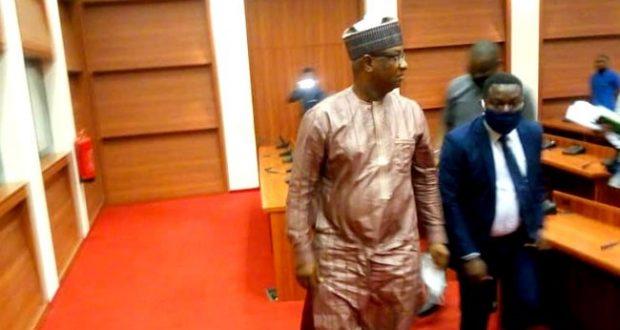 Senate President Ahmad Lawan has insisted that the National Directorate of Employment (NDE) must explain to the National Assembly the modalities it employed in the recruitment of 774,000 community workers.

Lawan stated this on Monday during an interaction with members of the Senate Press Corps in Abuja.

The federal government had initiated the recruitment as part of COVID-19 palliative measures to alleviate lives of youths across the country.

But there has been serious tussle between the lawmakers and the minister of state for labour and productivity, Festus Keyamo over sharing of the job slots.

The lawmakers had ordered that the exercise be suspended till the ministry of labour is disposed to satisfactorily explain the modalities in the recruitment process.

However, Lawan said: “Only NDE will implement this programme. The NDE led by the ministry of labour will have to come and explain.

“It will be unfair to say that we in the legislature and executive are not on the same page because of an action by someone in the executive.

“What the National Assembly is insisting on is in national interest,”Lawan stated.