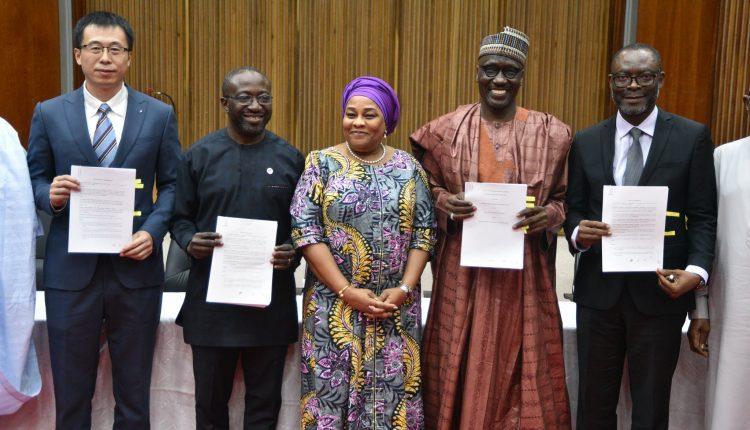 The Nigerian National Petroleum Company (NNPC) Limited has signed a contract extension with its partners for five major oil blocs with hopes of boosting Nigeria’s economy with $500 billion in revenue.

According to the NNPC limited, the development is a major step toward boosting Nigeria’s crude production and “unlocking investments in the deepwater space post-Petroleum Industry Act (PIA) enactment and its Production Sharing Contracts (PSCs) Contractors have resolved their disputes and signed renewed PSCs”.

“During a signing ceremony held today in Abuja, the parties renewed their agreements in five Oil Mining Leases (OMLs 128, 130,132, 133, and 138), a development that is expected to unlock over $500 billion in revenue for the country,” NNPC limited said on its official Twitter handle on Friday.

Also, ExxonMobil took to Twitter to announce the renewal of its OMLs 133 (Erha) and 138 (Usan) deepwater leases for a further 20–year period.

The Tweet read: “This includes extensions of Production Sharing Contracts with our partner NNPC Limited.

According to ExxonMobil, these are among the first post-Petroleum Industry Act deepwater lease renewals.

It said: “We applaud the Ministry of Petroleum Resources, for providing the focused leadership and partnership that has led to this achievement.

“Further, these extensions enable us and our partners to unlock the potential value in these OMLs and to bring forward additional investment.”

The federal government had in a bid to overcome the funding challenges in the oil and gas sector as well as enhance the country’s oil reserve and improve the economy of the country, introduced the Production Sharing Contract as a policy for the exploration of the country’s petroleum resources.

This policy is mainly regulated by the Deep Offshore and Inland Basin Production Sharing Contract Act, Laws of the Federation of Nigeria 2004.

Under this policy, the NNPC engages a competent contractor (Petroleum Exploration and Production Companies or its Subsidiary) to carry out petroleum exploration in Nigeria.

How to make flying experience pleasurable, the Delta way