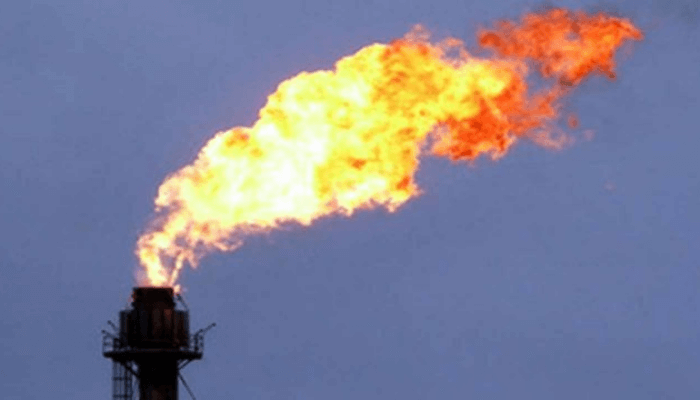 With production declining from 2019 to 2020, Angola and Nigeria alone reduced offshore flaring volumes by over 2 million tonnes of CO2, the most of any oil on account of declining production, a new research finds.

According to Rystard Energy, an energy intelligence firm, the trend continued with a flat development into 2021 as both countries struggle to return to previous production.

The study found that Nigeria and nine other oil producers have contributed to more than 70 per cent of global upstream flaring emissions, which hit 276 million tonnes of carbon dioxide (CO2) in 2021.
According to the analysis, global upstream gas flaring activity fell to its lowest level in a decade last year due to improved productivity, increased environmental awareness, and lower fuel demand caused by Covid-19 lockdowns and travel restrictions.

It said, “Estimates show upstream flaring emitted about 276 million tonnes of carbon dioxide (CO2) in 2021, down marginally from 283 million tonnes in 2020, continuing a downward trend since the onset of the Covid-19 pandemic.

The report did note, however, that improvements in the US shale sector are a significant driver of the decline in flaring activity.
In 2021, the US-dominated tight oil sector flared the equivalent of about 12 million tonnes of CO2, less than half of the 30 million tonnes seen in 2019.

In addition, it established that improvements in the African offshore market are particularly beneficial from a climate standpoint, with significant reductions in Algeria, both in upstream flaring activity and performance.

A decline in continental production, as well as lower output from mature offshore wells, aided in reducing Africa’s environmental impact associated with flaring.

According to the analysis, flaring activity in Africa, North America, Australia, and Europe has been steadily decreasing, while activity in other regions has remained stable.

Africa continues the downward trend with significant developments in the offshore segment. The continent’s CO2 emissions from offshore flaring decreased by 4 million tonnes from 2019 to 2021.
This trend is primarily driven by the abandonment of mature assets, production declines for mature assets and increased production from less mature fields.

“With production declining from 2019 to 2020, Angola and Nigeria alone reduced offshore flaring volumes by over 2 million tonnes of CO2 and continued with a flat development into 2021. Algeria also delivered significant decreases in overall volumes and flaring per boe in 2021.”

A rebound in flaring activity is, however, likely this year as global fossil fuel demand increases with the relaxation of Covid-19-related restrictions, and supply remains tight due to sanctions on Russian fuel over its invasion of Ukraine in late February, according to the report.

“Flaring represents about 30 per cent of the total Co2 emissions produced by the oil and gas industry, and the practice has come under increased scrutiny over its environmental impact in recent years.

“Even with the backdrop of the pandemic and supply decline, there are still signs that the latest improvements could be partially sustained,” says Dzenana Tiganj, Rystad Energy analyst.