Inside FPSO contract details worth $902m between First E&P, Malaysia based Yinson 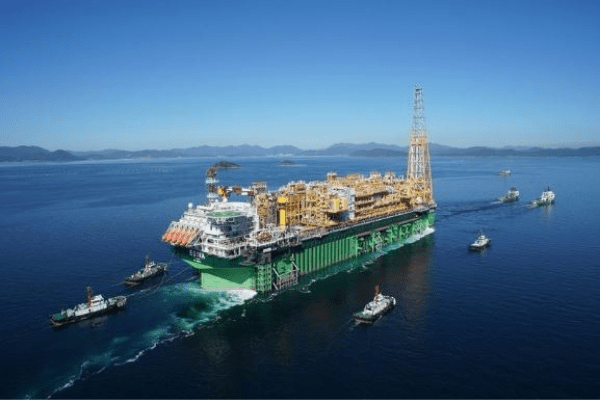 According to some salient terms of the contract seen by BusinessDay, the long-term deal will see Yinson deploy an FPSO, to be named Abigail-Joseph, on the Anyala field to exploit First E&P’s Anyala and Madu discoveries in oil mining leases 83 and 85.

The Bareboat Charter deal is also accompanied by operations and maintenance deal, with the total value of both deals up to $901.79 million to be operated by Yinson Operations and Production West Africa Limited (YOPWAL) an arm of Yinson holding.

Also, FIRST E&P shall be entitled to extend primary term by one extension period of 24 months and up to 6 further extension periods of 12 months each under the terms and conditions set out in the respective Contract while the cumulative duration of the primary term and extension terms of each Contract shall not exceed in aggregate of 15 years.

The estimated aggregate value of the contract, assuming the Extension Options are fully exercised, is approximately $901.793 million comprising Bareboat Charter Contract of $617.093 million and O&M Contract of $284.700 million while the FPSO is expected to commence operations at the Fields by the fourth quarter of 2019.

Concerning the financial effect, the contracts will not have any effect on the share capital and shareholding structure of Yinson Holdings, however it’s expected to contribute positively to the earnings and net assets of Yinson Holdings and its group of companies for the financial years ending 31 January 2020 onwards until the expiry or termination of the Contracts.

Yinson Holdings foresees risk factors affecting the Bareboat Charter Contract would be the construction and project execution risks including capability to have proper upgrading of FPSO and preservation of work schedule, costs and delivery timelines.

“The risk factors affecting the O&M Contract would be the capability of the Group to carry out proper services of operations and maintenance of the FPSO. Such risks are expected to be mitigated by the Group’s in-depth experience and expertise in carrying out the necessary works as well as internal business controls to ensure delivery of the FPSO and services as required under the Contracts,” the contracts said.

Also, none of the directors or major shareholders of Yinson Holdings involved or persons connected to them will have any interest either direct or indirect, in the Contracts.

The Anyala and Madu fields are located in oil mining leases (OML) 83 and 85 in shallow waters of the Niger Delta, approximately 40km offshore the Bayelsa State, Nigeria.

FIRST E&P holds a 40percent stake in the leases and is the operator which was acquired from Chevron Nigeria in February 2015, while Nigerian National Petroleum Corporation (NNPC) holds the remaining 60percent stake.

The offshore field development project is planned to be developed in two phases with a combined investment of $1.08bn. The Final Investment Decision (FID) on the project was made in July 2018, while first oil is expected in 2019.

The Anyala and Madu fields are estimated to contain combined reserves of 193 million barrels of oil (MMbbl) and 0.637 trillion cubic feet (Tcf) of gas.

How female pilots can take over the cockpit, by Captain Evarest Nnaji

Under Kyari, NNPC is turning the corner, embracing transparency

‘We are building future leaders with HiFL Masterclass Series’