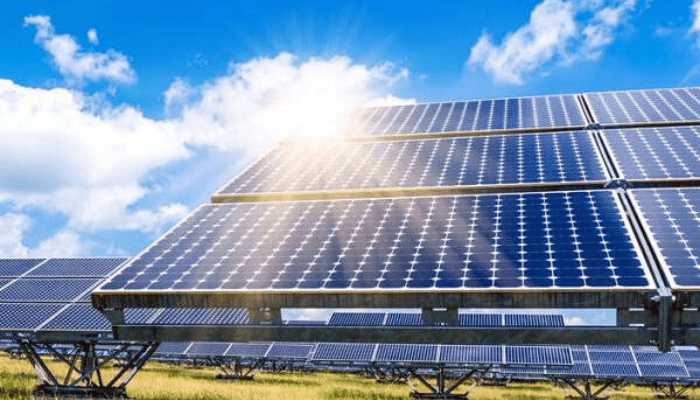 Bolade Soremekun, CEO of Bolar Pharmaceuticals and Rubitec Solar, speaks about sustainability with a passion that is infectious. He lives it too. He will not place his coffee directly on his Formica covered desk without something to place the hot cup on top. A fan, running on solar, has the task of cooling in his office when the interview began.

His Ikeja office building lacks the pretentious sophistry common with Nigerian CEOS in a hurry to have their presence in the ‘it’ crowd announced. Furnishings were sparse but functional; it seemed even the plants bred with a purpose. There was the aura of a boss whose people knew it was futile being guarded around him, like you knew only you could earn your pay.

Soremekun has over two decades of experience, locally and internationally, from multinational organisations like Johnson and Johnson; Glaxo Smithkline, and others. He was head of the pharma division of Glaxo Smithkline up till May 1996 and went on to become a director for West Africa. A nature enthusiast, Soremekun has tried his hands on natural resources such as herbal treatments.

It almost looks like an aberration that a man of medicine will now spend most of his day selling a piece of the sun.

“Originally there was no plan to do solar because I am a pharmacist and had been a director for West Africa for Glaxosmithkline. I left and started my own business. It was during that time I was trying to supply vaccines to the Federal Ministry of Health for a national programme on immunisation when I was asked if I could supply solar-powered refrigerators because vaccines have to be in a cold chain from manufacture to supply,” he said with fondness.

“A Nigerian businessman doesn’t say no to anything so I decided to go and look for solar powered refrigerators,” he said with a contended smile.

This was in 2005 and so began an eventful, sometimes tumultuous affair with solar. At the time, solar was a foreign concept in Nigeria, not like it is mainstream now, but it is a leap from where it was, over ten years ago.

Soremekun searched and found solar refrigerators and installed 500 in several local government areas in Nigeria. That’s when it struck him that he could take this stuff seriously. You heard of a man who took shoes to sell in a place where there was no shoes, well in Nigeria, not only where there no shoes, many viewed ‘shoes’ with suspicion.

“At that time, I didn’t know what I was getting into, it was very expensive and nobody was interested. After the order from the ministry, I didn’t get business for some time so I had to fire some of my staff,” he sighed with a sigh.

A lifeline soon came when the Rural Electrification agency and Energy Commission of Nigeria started doing street lights and solar pumping systems for rural areas. He got involved but Eldorado was far away.

“It was still very difficult because I was doing maybe one contract in a year. Private people were not doing anything. Eventually, I started organising solar conferences just to increase awareness to solar, it was also difficult to get sponsorship and after three years, I stopped all together,” said the father of three.

Since forming Rubitec Solar in 2004, the company has been heavily involved in renewable energy projects in the country mostly through government contracts. Since solar has gain limited traction in the country, government agencies award the most contracts for solar projects.

“Today things have changed, solar is a fast growing business, between today and last year, we have more than doubled our business,” he said in an interview with Businessday.

“We believe that a lot of people have increased their knowledge of solar. We did a lot of partnerships with the likes of GIZ, a German agency, Nigerian Energy Support Programme (NESP) programme and others and they give us a lot of increased ability, knowledge and skills which has yielded a lot of results including an ability to build mini grids.”

His willingness to allow his people develop their potentials regardless of whether they will remain in his employ or not, gave them opportunities to benefit from trainings both local and international. It has borne fruit, as some of these staff returned and are now responsible for driving the company’s micro grid projects.

The company’s project profile is expanding. “Right now we are in the process of installing an 85kw mini grid in a village called Gbamo Gbamo in Ogun state with a population of about 3,300 people for about 550 households. We hope to complete installation by October and commission it by November.”

Rubitec Solar along with Riccofortezza Steven Energy Limited secured a contract for the implementation of operation Light-up Kwara (LUK), an innovative solarpowered streetlight project by the Kwara State Government.

The streetlights will be powered through solar power tunnels, the first of its kind in Nigeria. The project is billed to cover 74.58km of roads, cutting across 33 routes within Ilorin metropolis. Rubitec Solar said it is providing solar panels on over 850 poles with a capacity to generate about 500kw.

“This project is conceived quite differently from what obtains in Lagos. Fashola used street lights, and the contracts were executed poorly fuelling a negative perception about solar. When you have poor quality materials and poor quality technicians, the result will be poor quality work. Akinwunmi Ambode came in and decided not to use solar because of the experience and turned to fossil fuel.”

But this comes at a cost to the state. “Lagos is a city that has been doing conferences talking about sustainability, climate change but has reverted to using generators to power street lights. Lagos is lighted but is using diesel, which is not a clean fuel source,”

Soremekun said the Kwara State model was more effective and sustainable. “What we are doing is a public private partnership whereby we put down money and equity in the project and we sign a ten year agreement which encompasses installation, commissioning, and maintenance for the period.

“If battery or bulbs fail, we have to change it, if anything goes wrong, it is our duty to fix it, we will be given quarterly payments based on meeting agreed deliverables. We receive payments as long as the lights are on. So that is an incentive for us, it is in our hands to make sure Ilorin is lighted,” said Soremekun.

The company said it had already completed 10km of street lights and plans to complete the first phase of the project in October.

Soremekun’s face lights up when he describes the impact of the project in the communities they have been installed. He showed videos on his mobile phone that depict brightly lit street lights at night which has changed the dynamics of the communities.

“As a result of the street lights, the lives of the people have been impacted. People are happy; they are trading more as they have extended their length of stay in the markets to 8 and 9 pm rather than leaving at the first hint of darkness. It will be nice for other state governments to adopt this model,” said Soremekun.