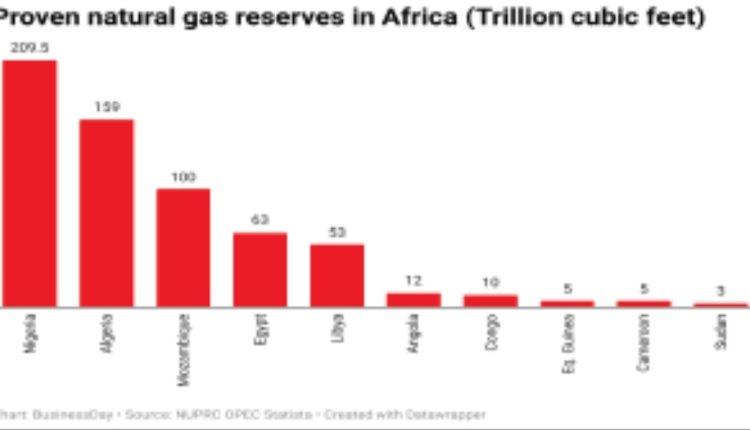 The European Union (EU) has moved to financially support an African military mission in Mozambique to secure gas projects in the country, shunning vast reserves in Nigeria, an indication of how risky they consider Africa’s largest economy.

An internal document obtained by Reuters showed that terrorists were planning attacks on gas projects in the East African country, and the EU is pouring resources to secure them as part of efforts to cut reliance on Russian energy.

The EU is concerned that if military interventions are not supported, Mozambique will lose control of its restive north.

Some energy analysts say it is troubling that the EU would rather finance and invest in Mozambique than Nigeria, the country with the highest gas reserve in the continent.

Mozambique has the third largest proven gas reserves in Africa, after Nigeria and Algeria.

Jide Pratt, an oil and gas consultant, said the EU sees Mozambique as more sustainable for investment compared to Nigeria because it offers investors better conditions.

“More often than not, perception is larger than reality,” he said.

Ayodele Oni, partner, Energy Practice Group at Bloomfield LP, believes that the fiscal terms are probably more attractive and do not have Nigeria’s regulatory risks.

Bala Zakka, an oil and gas analyst, said Mozambique is a strong country coming up in terms of oil and gas, particularly gas.

He said the country’s success stories are similar to that of Namibia, which looks positive and attractive as an investment destination.

Zakka faults the hostilities in the oil and gas industry sector in Nigeria for its present woes.

“The level of insecurity is one of the reasons why Nigeria is not an attractive destination. Also, Nigeria already has an established name in terms of crude oil theft, pipeline vandalism, community problems, and also multiple tax issues, and delayed approval of licenses all in the activities of the oil and gas industry,” he said.

The analyst said the kinds of hostilities Mozambique and Namibia are having at the moment and business climate concerns are not oil and gas industry concerns.

“But in the case of Nigeria,” he said, “we have extremism hostilities from terrorists, bandits, insecurity, then the oil and gas industry on its own alone is experiencing crude oil theft, vandalism, community issues, extortions licenses, approval delays, multiple tax issues, and even energy crisis.”

Analysts told BusinessDay that the risk of investment in Nigeria’s energy sector is worse. The recent flip-flops in the Seplat Energy bid to buy Mobil Oil Producing Unlimited assets illustrate why investors would prefer Mozambique to the mess in Nigeria.

Mozambique with over 182 trillion cubic feet of gas has attracted billion-dollar projects like the Mozambique LNG Project started with the discovery of a vast quantity of natural gas off the coast of northern Mozambique in 2010, leading to a $20 billion Final Investment Decision in 2019.

Now, through cooperation and responsible project planning, the project is on track to deliver LNG in 2024, TotalEnergies said.