Has anything changed since #EndSARS protests hit Nigeria?

#EndSARS was visibly seen on the walls across Nigeria and noticed in the global community through various social media platforms, particularly the now banned Twitter, a microblogging platform, that was a go-to application for receiving real-time update about the fast rising movement.

The name #EndSARS was not only coined to shut down the activities of the Special Anti-Robbery Squad (SARS), a perceived rogue department of the Nigeria Police Force, but it was a wake-up call for relevant authorities to sit up and uphold the constitution they swore to.

Despite the raging COVID-19 disease, the distraught Nigerians took to the streets across major cities of the nation with a rallying cry for a complete reform of the entire police force and responsive system of governance for the betterment of the society.

The public outcry, no doubt, was a catalyst to seek for transparent and effective leadership after years of failed promises and lip services paid by the government.

The surging crowds defied security warnings, walked through water canons and tear gases, and clamored for the government’s attention to make life better, easier and fulfilling.

They made bonfire, cooked and slept at different barricaded strategic locations in various states, including Edo State, while road users had hectic period getting to their various destinations. Some passengers got stranded and trekked long distances to where they could get available vehicles at exorbitant cost. 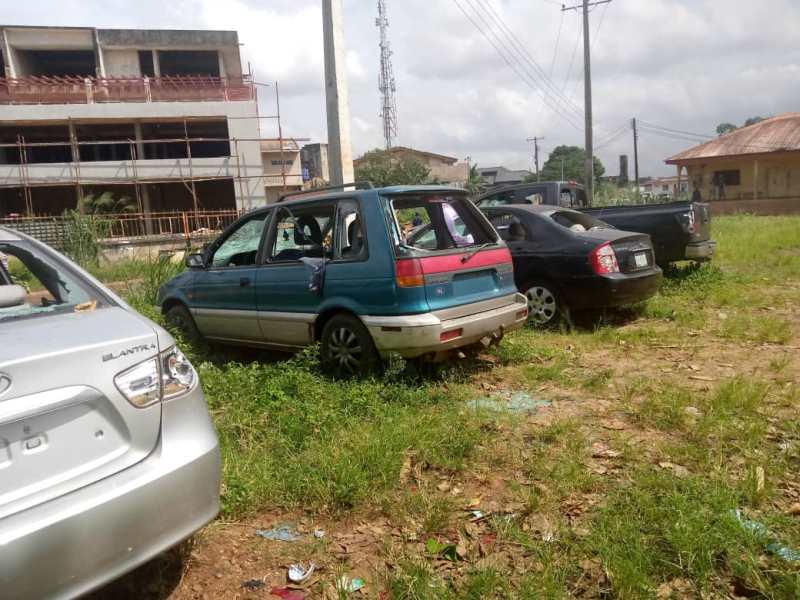 It was going smoothly and peacefully until the gust wind of “hoodlums” infiltrated the ranks of the agitators, destabilised demonstrators, caused commotions and purportedly defeated the aim of the protest.

Consequently, many public and private property estimated at millions of naira and lives were reportedly lost to the activities of some individuals who posed under the guise of #EndSARS protest to commit the acts.

The institutions attacked and set ablaze by the suspected hoodlums during the protest in Benin City were but not limited to security, paramilitary and private establishments.

On Monday, October 19, 2020, Benin City witnessed a twin jailbreak at two correctional centers (Benin Correctional and Oko Medium Security Correctional Centres) that led to the escape of a huge number of inmates and in the process numerous cars were burnt, shops were burgled and residents were robbed of their belongings.

A Benin High Court 4, otherwise known as criminal court close to the Benin Correctional Centre along Sapele road, had its glass windows shattered and doors vandalised. It is worthy to note that there is ongoing reinforcement of the correctional centre on sapele road.

Ugbekun police station and Idogbo police post in Ikpoba-Okha LGA, including vehicles within the stations were torched,

The Edo Development Property Authority (EDPA) headquarters at Sakponba road by 3rd junction, Emotan Gardens at upper Sakponba in Benin City were not left out of the attacks.

Despite a 24-hour curfew that followed the hijack of the protest, hoodlums continued to hold sway in some parts of Edo State, invaded many Point of Sale (POS) outlets, collected monies, mobile phones and other personal belongings. 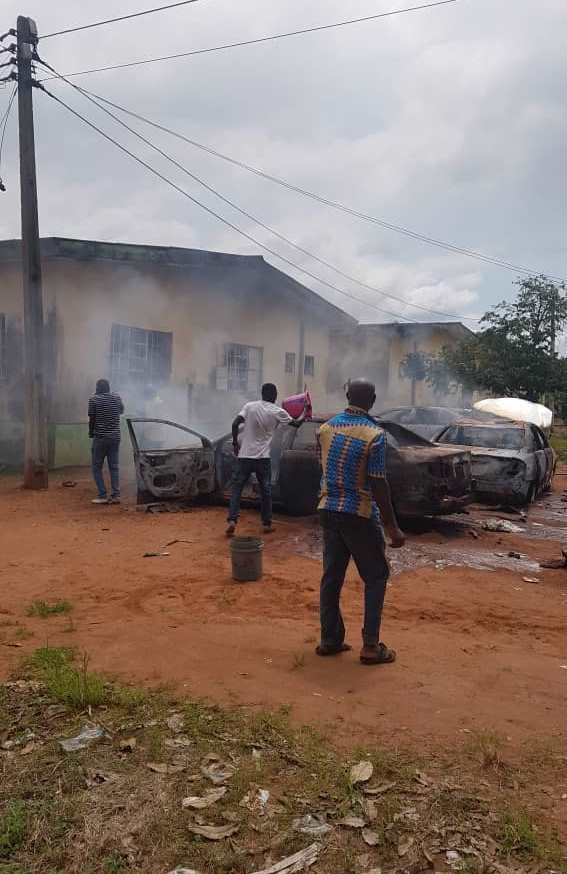 Financial institutions were not spared in the aftermath of the protest as long queues returned to banking premises while cash-strapped customers experienced difficulties in making financial transactions owing to the surge in anxiety intensified by the growing security threat and lack of protection which exposed bank workers to danger.

The unrest compelled majority of the branches in Benin City, the Edo State capital, to cease financial operations temporarily while the few ones that opened for services offered skeletal operations and closed on time for fear of being attacked.

Sadly, many died at different locations but one of the unfortunate incident that will continue to live in the minds of Nigerians and which some persons are yet to come to terms with is the Lekki incident in Lagos State.

After much resistance on the part of the protesters, the Federal Government purportedly persuaded them with a promise to fulfill their demands. One of such was to constitute a judicial panel of enquiry to look into the circumstances surrounding the activities of the disbanded Special Anti-Robbery Squad (SARS) and the #EndSARS protests in different states.

Although the unit of the police is now defunct but Kelly Osunbor, President, Faculty of Peace Organisation, one of the organisation that organised the #EndSARS protest, said there is still a lot of work to be done as regards the other demands.

The reforms requested by the citizens include immediate institutional reform across all Federal Government institutions, agencies and parastatals, especially national security. And the focus will be on improved welfare and terms of service for the police, military and all law enforcement agencies.

Others are release of arrested protesters, justice for all deceased victims of police brutality and appropriate compensation for their families, setting up an independent body to oversee the investigation and prosecution of all reports of police misconduct, and psychological evaluation and retraining of all disbanded SARS officers before they can be redeployed.

Among other demands, they also called for a state of emergency in both health and education sectors as well as increase in budgetary allocations.

It was already brimming with victory until thunder rumbled through the breezy evening and in the course of the wind current, trees were swayed and the night became a flood of rain without refuge as tears escaped and rolled sideways on the cheeks of protesters.

“In my opinion, it was as if we were already getting closer to the destination of succor until the protest was quelled suddenly. The wind may have blown away but the government should reminisce on what happened last year to avert a repeat of such incident. This should propel them to take a bold step towards recognising and hearkening to the voices of Nigerians so as to achieve a nation everyone yearns for,” says Sylvester Iyobor, a Benin resident.

A year later after #EndSARS protest struck Africa’s largest country, particularly the southern part, has anything changed? Have those in authority reneged or fulfilled their promises? Is another protest in sight?

“There was demand for the disbandment of SARS and it was achieved through the protest. There was also demand for salary increase, but information from credible source says it has not been increased and their salaries remain the same. So, a lot have not changed but I am optimistic and grateful for the gains we have made a year after.

“Not all of the demands have been met. Yes, the panel was set up in mostly states across the southern part of Nigeria. Some northern states didn’t comply with it,” Osunbor added.

Osunbor, however, expressed concern over the delay in the implementation of the panel reports submitted to Governor Godwin Obaseki for recommendations to the victims.

He stressed that the essence of the panel was to bring succor and healing to the families who were already in pain but according to him, till date, the victims are yet to get compensation for the redress they sought for.

“If any protest comes up right now, no manner of tricks will be used by the government to ask the protesters to come to the negotiating table. The government had the opportunity to redeem themselves.

“My pain now is on the failure of the government to implement the panel report because there were several recommendations from the panel that will make a better policing for our society.

“We are doing a memorial next week for those that lost their lives, got wounded and also to reecho the need for the government to implement the panel report. 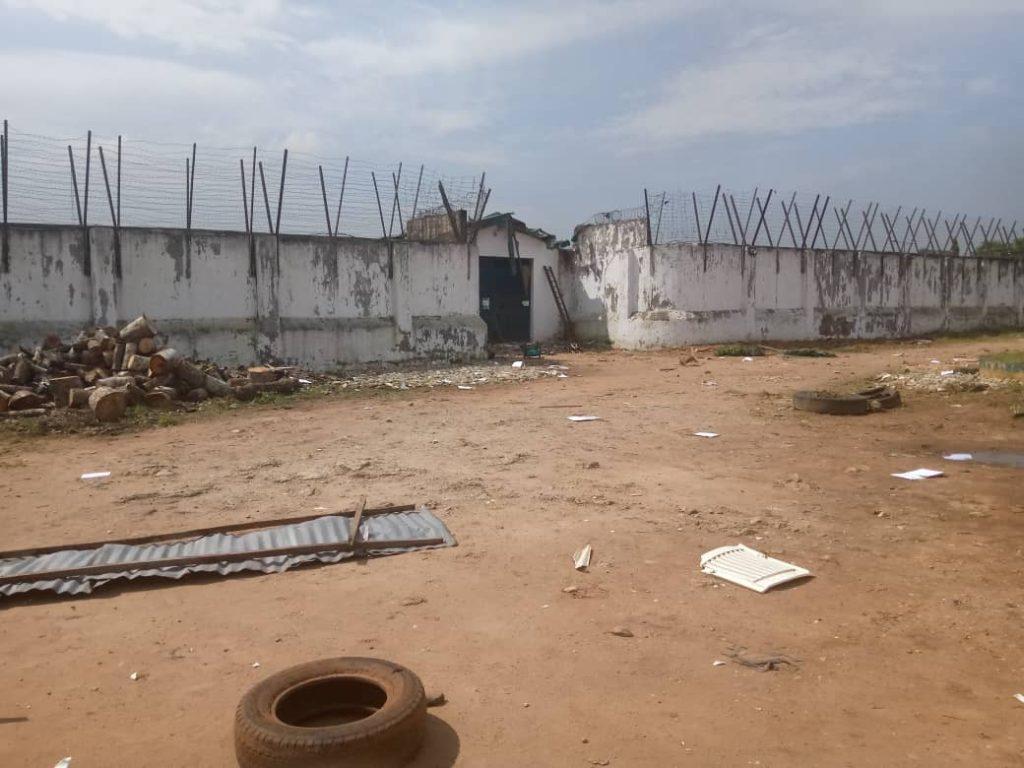 “The aim of the panel was set up for healing. We saw parents who lost their sons and daughters to extrajudicial killings. Their lives were cut short. People came to the panel with amputated legs. Such families have been traumatized, some were hospitalized following gunshot wounds and many others lost their lives to the protest.

“The petitioners spent money; hired lawyers to argue cases, printed many documents that were circulated to the different members of the panel. These families were already in pain but they still came out to lodge their complaints which they are yet to get the outcomes.

“Just the way Nigerian government have ignored panel reports over the years, those panel reports are lying fallow with no implementation. So, how does the healing come?” he queried.

Governor Godwin Obaseki had, while receiving the report from the 28-man judicial panel led by Justice Ada Ehigiamusoe (Rtd), said “as government, we will go through the report with great diligence. I can assure you that we will look at each and every recommendations you have made. If we have any clarifications to seek, we will call you.

“Fortunately, this is a nationwide activity, and during our National Economic Council meeting, it was decided that all states should submit their reports on the investigation that were carried out. So, we expect that we have both the national comprehensive response and Edo response to the unfortunate incident that led to the destructions.

Obaseki added: “On a final note, I want to say that the EndSARS demonstration of last year was a pointer to the fundamental injustices in our society, and that all of us, particularly political leaders in this country, must begin to understand that if we do not listen to the yearnings of our people more; if we continue to carry on as if we are in power for ourselves, we pray that the situation of last year doesn’t occur. And if it does, the EndSARS we experienced will be a joke.”

Speaking with BusinessDay in Benin City, Kontongs Bello, Edo State police spokesperson, allayed fears that there will be a recurrence of the protest in the state, saying that “as far as Edo State police command is concerned there won’t be anything to spike such protest”.