Tertiary institutions all over the world are regarded as the hub of economic and sustainable national development. They transmit knowledge and nurture human minds for optimal potential.

In Nigeria, the tertiary institutions are veritable tools for the realisation of socio-economic national development; hence the most powerful and critical success factor for individuals and society.

However, in the face of the incessant insufficient funding beclouding public tertiary institutions in the country, many of these institutions are yet to tap into the numerous benefits of schools- private industry-partnership ventures.

But the Federal College of Education (Technical), Akoka, the story is different as the institution embraced and is maximizing the benefits of schools-private industries- partnership.

According to Samuel Ukit, the dean school of technical education of FCE(T), Akoka, the college partnered with a firm ‘Automedic Company ‘ in the year 2009 with a memorandum of understanding geared toward the generation of revenues for both parties, which profited the college in many ways.

“It exposed our students to numerous practical approaches to their career and in turn generated revenue to both the college and the Automedics,” Ukit said.

Akinpelu Oluwafemi an instructor in the automobile technical department disclosed to BusinessDay that the project which lasted for about 5years had many people coming from within and outside the college community to fix their vehicles in the workshop.

“People were coming from even the University of Lagos and other neighbouring communities to service and repair their vehicles with us.

“It’s a noble venture that generated many gains both in terms of finance and academics because our students were exposed to competency-based education to complement the theories,” he stated.

Similarly, the academic scholars said that there is also another private-partnership venture available to institutions such as the vendor–partnership scheme ongoing in the college.

According to the dean, the college-vendor-partnership scheme is currently being run in the metal department of FCE (T), Akoka, “It is designed in such a way that individuals can come in as an apprentice and learn the technical skills at a price, or as experts in partnership with the college to use the tools at a price.

“Private companies also have a slot to have their machines serviced or repaired in the college workshop by these professionals at a price which the institution shares with its partners according to prior agreements.

“These arrangements in return yield dividends financially to the institution in form of internally generated revenue.”

Experts believe that to achieve complete education and be fully literate, industry leaders and progressive entrepreneurs need to be partnered as adjunct lecturers in the various Nigerian tertiary institutions to enable them to translate their experiences to transform the students.

According to Izu Nwachukwu, a senior lecturer, at the University of Calgary, Canada, “The 21st-century education is competence-based, where students learn to master their chosen careers through learning by practice system.

“Making experts adjunct lecturers will be an avenue for them to share their experiences with students thereby preparing them for the lifelong learning.” 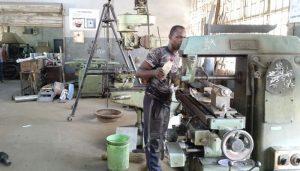 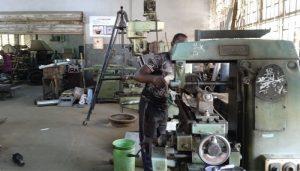 Education, he reiterated should be made to prepare people to live happier, healthier, and more fulfilled in life. And this according to him can only be realised by tailoring the education system to encouraging learners to learn and develop transferable skills.

Similarly, Emmanuel Nnadozie, the executive secretary of the African Capacity Building Foundation (ACBF) in a paper he delivered at the 2022 Bullion lecture said, “Education has generally been poorly funded by the federal government in Nigeria over the years, averaging just 6percent since attaining independence in 1960.

Moreover, given the yawning gap between budgetary allocations and release, especially in recent years when all levels of government suffered from significant revenue shortfall and rising debt service, the actual release to education and other sectors has always been lower than budget.”

Funding shortfalls in the tertiary education sector have been the norm for many years as enrolments have increased more quickly than the government’s capacity to maintain corresponding increases in financial support.

And because government funding is insufficient, Nigerian tertiary institutions, just like others elsewhere in the world have to seek to supplement their public funding with internally generated incomes or revenues.

The intellectual quotient system of education is outdated. Nigeria needs as a matter of urgency to switch to competence-based education system to meet up with the global community.

For instance, if students are sent to the mechanic village and the mechanics on their own learn certain theoretical skills from these students that will help them in better management of the human and material resources they have.

On the other hand, the students will learn the skill that is required and find more ways to be more innovative, to create the entrepreneurial drive to be the manager of resources.

It has become imperative for tertiary institution lecturers to know the best teaching and learning process to be adopted so that graduates will perform according to expectations.

Experts believe that this will in a massive way help curb the rising numbers of graduates in the street that are unproductive and are becoming very dangerous to society.

According to Anthony Adebayo, metal-tech instructor, “We all condemn the practice of yahoo boys, but we must note that these are not just uneducated people; most of them are graduates, who lack the skills, hence, they do not have what it takes to live and they find themselves driven into some of these atrocities.” 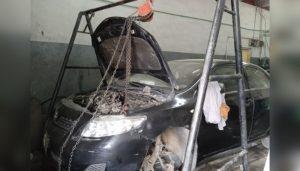 He reiterated that to tame this ugly development among our young men and women is to teach them how to become responsible and productive citizens. The most important challenge is the quality of education given to young minds.

Another engineer advocates for the work job learning education system as a solution to the incessant half-baked graduates coming out of Nigeria’s tertiary institutions.

“Everybody is aware that Nigerian engineering graduates are not performing to the expectations of the labour market. Hence, the need to design the most appropriate module to solve this problem from the root causes, which happens to be the teaching and learning process,” he said.

He stressed that the country’s tertiary institutions must adopt a teaching approach that will help students of engineering programmes produce goods and services that are expected from engineers. He explained that most times these institutions are not able to expose students to competency-based education because the equipment is not there.

To overcome such shortcomings, Nnadozie recommends that tertiary institutions among other things must learn to rely less on the government for funding by seeking avenues to boost their internally generated revenues.

Research has shown that industry and university collaborations (ICUs) have a long tradition in several countries worldwide and universities play a crucial role in achieving economic growth in today’s knowledge-based societies.

According to a World Bank report in 2002, the late 20th century witnessed a decrease in public funding for higher education, relative to private funding, in most parts of the world.

Further findings indicated that in many Organisation for Economic Co-operation and Development (OECD) countries, the proportion of institutional funding received from the state declined; in some jurisdictions, this translated into reduced public funding per student.

Many publicly funded universities responded, first, by cutting costs and, then when it became clear that a return to the status quo ante was not in the cards by seeking out new sources of revenue.

The ambition of policymakers and universities to develop ‘third missions’ in addition to the two traditional core missions of research and teaching, and to commercialise academic knowledge, for instance through continuing education programmes, patenting, technology transfer offices, science parks or incubators have intensified the relevance of such collaborations.

Industry and university collaborations according to scholars have the tendency for companies to profit from highly qualified human resources such as researchers or students, gain access to technology and knowledge, and can boost the use of expensive research infrastructure.

Universities, in return, benefit from additional funding provided, from access to industrial equipment, or from licensing or patenting income. In fact, collaboration with industry has become an inevitable part of tertiary education funding, and the funds from international organisations and business enterprises for research and development in the higher education sector nowadays represent a ‘significant source’ in many countries.