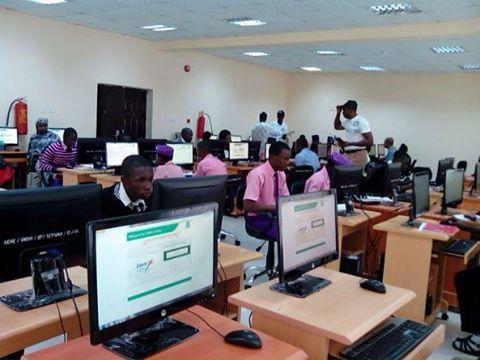 Share FacebookTwitterLinkedinWhatsAppEmailTelegram
Many people believe that the standard of Nigerian education is falling. For many years now, there have been calls on government at all levels to take pro-active actions that could return the country to its lost glory, education-wise.

But the recent announcement of 160 as cut-off by Joint Admission Matriculation Board (JAMB) for admission into the university for 2020/2021 academic year has elicited angry responses from many Nigerians who described as a sign of dangerous thing coming for Nigeria’s education sector.

One of the prominent voices that spoke against it is Oyewusi Ibidapo-Obe, a former vice chancellor of University of Lagos (UNILAG), who suggested that it should be 250 for university and 200 for Polytechnic.

He observed that lowering cut-off mark to 160 would reduce quality of education as well as quality of graduates tertiary institutions would produce.

Ibidapo-Obe is not the only educationist concerned of the downward dive on the required cut-off marks for entry level into citadel of higher learning in Africa largest economy.

Onyiriuka observes that decades of government underfunding of education has left the sector to solve 21st-century problems with an educational system designed for the 19th century.

He opines that Nigerian economy, which is currently fragile because of Covid-19, depends on the ability of the fresh graduates to contribute to building the economy. “It is very embarrassing to hear that JAMB would consider 160 as a cut-off mark when we should be encouraging high performance.

Onyiriuka said that rather than a reduction of cut off mark, JAMB should work with the government to improve Nigeria’s educational system, adding that an improved educational system would deter Nigerians from travelling abroad for education.

“Dropping JAMB’s cut-off mark only increases the level of mediocrity in our educational system and this will eventually cause more students to seek quality education abroad,” Onyiriuka said.

BDSUNDAY search shows that Coronavirus pandemic has in a dramatic way shown how unprepared Nigeria’s education system is for the 21st-century environment driven by innovation and digital technologies.

This was as the sector has been one of the biggest losers since the outbreak of the Coronavirus pandemic forced governments to closed down schools and disrupted academic activities across the country.

A cross-section of stakeholders who spoke to BDSUNDAY lampooned JAMB, accusing the board of seeking to further degrade the country’s already degraded education system.

According to them, the decision to peg the cut off mark at 160 will discourage excellence and promote mediocrity in the country’s pivotal education sector.

According to him, “This will only reduce the level of performance of the students. I believe students should be made to read more but this low peg cut-off will only make them idle, especially as regards their academic performance”

“JAMB’s decision to reduce the cut-off to 160 could have a multiplier effect on the already lower standard of education in the country. It would have made sense if rather than peg it at 160, JAMB management pegged the cut-off range from between 200 to 250”

Commenting on the cut-off mark as announced by JAMB, Abosede Adekoya, an education stakeholder decried the disturbing reduction in cut off marks by the examination board, adding that this negates her expectation about standards of gaining admissions into tertiary institutions in the country.

To her, “I used to think that passing the Unified Tertiary Matriculation Examination (UTME) reflects candidate’s intelligence to an extent, but now to secure admission at 160 marks leaves a wrong impression”,

“I want JAMB to raise the benchmark in order to give room for those who really studied hard and passed the UTME, to be given admission. Reducing the cut-off mark to 160 will only benefit lazy students and contribute to the fallen standard of the education”.

Jamb while reacting to the backlash over the cut-off marks, informed candidates not to rely on the set benchmark for admission into tertiary institutions.

Fabian Benjamin, head of media said meeting its cut-off mark was not a guarantee for admission, explaining that there were other different factors for consideration for admission.

Benjamin in a weekly news bulletin released to the media earlier in the week noted that “The undue attention to the so-called national minimum UTME score (UTME cut-off point), is a major source of failure of many ill-informed candidates who assumed that they have finally attained the benchmark having achieved the so called minimum national score or “cut off point’ for admission.”

Micheal Edwin, a concerned parent, questioned JAMB’s motive for wanting to further destroy the nation’s education by abysmally lowering the cut-off marks and then in the same breath warning against relying on the cut-off marks.

Edwin said this inconsistent stance by JAMB in handling the issue around the reduction of the cut-off marks would only worsen academic performance in tertiary institutions.

He further noted that although the reduction in the minimum cut-off marks is a sharp deviation from the norm of the past when competition for placement into tertiary institution was stiff, he did not expect it to have been reduced to such level.

Analysts opined that what managers of the nation’s education space should bear at the back of their minds is that among the on- going industrial action by the Academic Staff Union of Universities (ASUU) is the call for an improved standard of education.

According to them, “We shouldn’t expect things to get better in our education system if we continue to place low premium on academic excellence. No matter the eventual amount of funding or the extent of the provision of facilities for learning and research in our universities, the requirements of entry for prospective students still count”.

Seafarers are Key to humanity’s survival, wellbeing amid COVID-19 – Jamoh