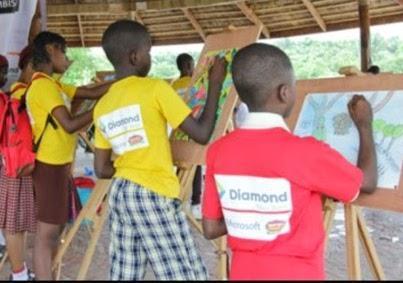 Two weeks after schools have been shut down in response to the coronavirus outbreak, state governors are running to online solutions to ensure learning continues at home.

Dapo Abiodun,  Ogun State governor would be the first in Nigeria to launch such an initiative, to provide alternatives for students and parents who have been forced to stay at home due to the lockdown.

“Ogun DigiClass” will be managed by the state’s Ministry of Education, Science and Technology and animated by experienced educators on core topics, Abiodun said in a tweet.

Although not as innovative as Ogun DigiClass, Lagos State government has also announced the commencement of the daily lesson and examination preparation (Exam Prep) programme on radio and television the state following the closure of due to the coronavirus pandemic.

However, online education has suffered a setback in Nigeria.  According to an Economist Intelligence Unit’s (EIU) report, regulatory and physical challenges hamper digital infrastructure in rural and semi-urban regions, causing a widening digital divide. While access to mobile and internet is increasing, this is largely among wealthier users with multiple devices and subscriber identification module (SIM) cards and is clustered in urban regions.

Digital infrastructure, and thus access to internet, computing and mobile, lags in rural regions. Complex and costly regulatory frameworks, geographical challenges, poor ‘connective’ infrastructure like roads and power, and sabotage (such as theft and vandalism) are the main obstacles.

A huge proportion of Nigeria’s population thus remains unconnected. A 2013 study commissioned by Google found that 25 percent of rural citizens did not have mobile coverage, and had to travel up to 10 kilometres to get it.

The World Bank Group in its 2019 Nigeria Digital Economy Diagnostic Report said Nigeria is Sub Saharan Africa’s largest mobile market with a strong mobile broadband infrastructure and a vibrant digital entrepreneurial ecosystem but the lack of infrastructure and connectivity in the country’s rural areas is a key challenge.

Although often criticised as an inferior form of education providing an isolated learning experience at best or as a forerunner of global, Western-dominated educational homogenisation at worst, online education is at the same time considered a promising means to increase access to education in developing countries.

Education systems in sub-Saharan Africa and other developing regions are in crisis. To mention just one of many problems, the United Nations Educational, Scientific and Cultural Organisation (UNESCO) estimates that one in five children worldwide did not participate in any form of education in 2016.

Over 200 million children aged 6 to 17 years who live in developing countries have no access to education – 13 million of these are Nigerian children. This crisis could get even worse. Africa’s youth population is expected to double to 830 million people by 2050, but few resources are dedicated to educating these young people.

Against this backdrop, online education is getting increased attention as a possible solution to widen access to education at an affordable cost. Bill Gates, co-founder of the Bill & Melinda Gates Foundation and principal founder of Microsoft, for instance believes that online learning will revolutionise education in the developing world and help close global literacy gaps.