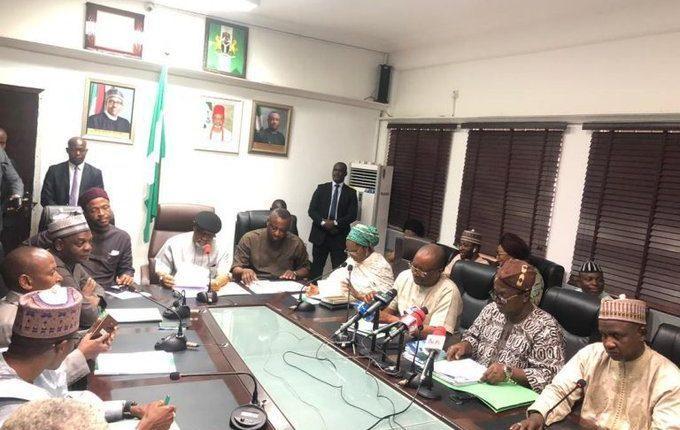 The national leadership of the Academic Staff Union of Universities (ASUU) says on Monday that plans are underway to make the initial presentation of its University Transparency and Accountability Solution (UTAS) to the Federal Government.

The President of the Union,  Biodun Ogunyemi, a Professor stated this in a letter addressed to Zonal coordinators, chairpersons and members of the Union made available to the Journalists in Ibadan by the Chairman ASUU, University of Ibadan,  Ayo Akinwole, a Professor.

The Union president described IPPIS as “a business venture of some interest groups” in Nigeria adding that “their profit margin increases by the increasing number of University staff they are able to capture” and admonished members of the Union not to waver in their resolve to reject the IPPIS.

Ogunyemi, a professor stated that the deliberate withholding and distortion of salaries by the Office of the Accountant-General of the Federation are ploys to hoodwink and arm-twist members to swallow their vomit on IPPIS.

ASUU has been on strike to get unfulfilled agreements signed with the federal government implemented and negotiate befitting conditions of service for her members including salaries while opposing the Integrated Payroll and Personnel Information System (IPPIS).

Despite opposition by the Union, the federal government forcefully migrated members of the Union in federal varsities.

Ogunyemi assured members that once the issue of payment platform is sorted out, the Union will then pursue to a logical conclusion the main demands behind the ongoing strike.

The ASUU boss maintained that as a collective, the Union will be able to “negotiate and secure what is good for Nigerian academics and our university system”

“As expected, the vested interests are uncomfortable with the emergence of the university transparency (UTAS) because of its potential for exposing the IIPIS fraud. The impression earlier created was that no further payment of salaries could be made without “data capture”.

According to Ogunyemi, the IPPIS office has forcefully migrated all academic staff in federal universities to the platform and what is being done now is to “formalise” the process. Deliberate withholding and distortion of salary paid by the office of the Accountant-General of the Federation (OAGF) are ploys to hoodwink and arm-twist ASUU members to swallow their vomit on IPPIS.

He said that “at this stage, it is unedifying to see ASUU members filling to the Bursar’s Office of OAGF for IPPIS data capture. Apart from betraying the Union, many of those who attempted to “go solo” have also been ridiculed beyond description. Even non-members respect the ASUU for its informed and principled position on IPPIS.”

Steady growth in Wukari Versity a boost to economic activities