FG has other ways to boost local production, end smuggling 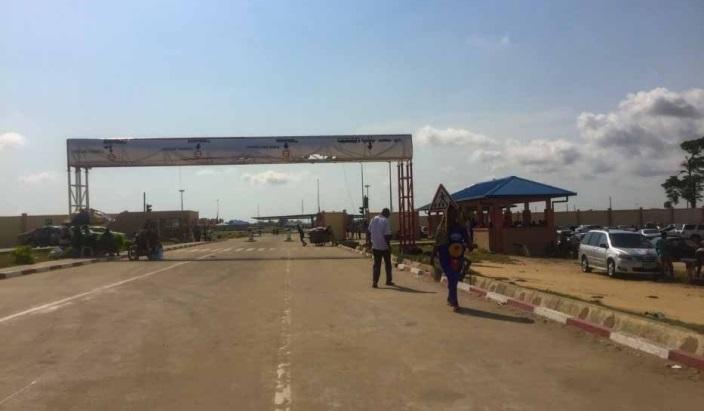 The federal government may have justified the closure of the land borders on the need to stop smuggling activities and illicit export of locally subsidised petrol to neighbouring countries while boosting local production. However, the impact of such policy on the households, businesses and the economy, at large, has been devastating.

Now that Nigeria is on the verge of another recession, the worst maybe, the period provides the federal government another opportunity to rescind its decision to close the land borders for the benefit of all. It is obvious that the cost of the border closure outweighs its benefits.

Following the closure of the borders in August 2019, Nigerians have suffered a huge spike in food prices, especially in rice which has become a staple dish in every household. The commodity which was once affordable has become expensive and a luxury for the average Nigerian.

It is incredible, yet true, that the cost of preparing a pot of Jollof rice – a popular Nigerian delicacy – has now risen 78 percent against what it used to be 4 years ago, according to a research by SBMorgen. This is not only painful, but also unacceptable for an economy which harbours the poorest of humans and battles rising unemployment in an economy that is barely growing.

Worsened by the pandemic, general price of commodities in Nigeria has accelerated consistently for 11 months to 12.82 percent in July 2020, eroding monthly the purchasing power of households. For a government that often claims to care for the welfare of Nigerians, the decision to close the land borders is rather a threat to welfare.

What this means, to us, is that the 40.1 percent of Nigerians who live below the poverty line on N11,452.5 per month have to battle price hikes.

Beyond the domestic impact of this policy, Nigeria’s immediate neighbours including Benin Republic, Niger, Chad and Cameroon as well as Ghana and Togo have been hit hard by this land closure.

Many goods come in through the ports in Lagos and are transported by road throughout the region by hundreds of thousands of lorries. Now, with the closure of Nigeria’s land borders, most businesses in this space have lost billions of naira while some have had to shut down.

The border closure, in our view, goes against an existing agreement that guarantees free movement between the 15 members of the West African regional bloc, ECOWAS, and questions Nigeria’s commitment and readiness to implement the Africa continental free-trade agreement (AfCFTA), which is intended to boost trade between African countries.

Though we understand that the decision to close the land borders originated from the need to end the re-export of rice from Benin to Nigeria, it should be recalled that, the country in 2013 imposed 70 percent tax on rice importation aimed not only to raise revenue, but also to encourage the local production of rice.

But smugglers took advantage of the fact that it is cheaper to import rice to Nigeria’s neighbours. In 2014, Benin lowered its tariffs on rice imports from 35 percent to 7 percent while Cameroon erased it completely from 10 percent, hence providing an opportunity to smuggle rice into Nigeria to sell at a much higher profit margin.

Be that as it may, we are of the opinion that, instead of an outright closure of the land borders, Nigeria could have sought a common external tariff, which would have made re-exporting less profitable.

We understand that Nigeria needs a way out from oil dependence and this can only come from economic diversification. One way is to seek out ways to boost local production of Agricultural produce and increase the share of other exportable goods against crude oil which accounts for over 90 percent of total export.

However, protectionist policies will only hurt trade relations. Reducing import demand will only be achieved if domestic products can compete favourable with international products.

We urge the FG to open up the land borders and focus on ways to boost local production of rice and other products to meet international standards. Only then will import demand reduce and share of non-oil export increase against oil exports and lessen pressure on the naira.

We strongly believe that when Nigerians begin to get the same or better satisfaction from local rice, smuggling activities of foreign rice through Benin to Nigeria will seize as there won’t be a market for it anymore.

Then and only then will Nigeria unlock the benefits of AfCFTA as opposed to allowing itself to be a dumping ground for foreign goods.

We need a Water Law

#EndSARS protests and season of curfews in states

EndSARS protest: Where is Mr. President?