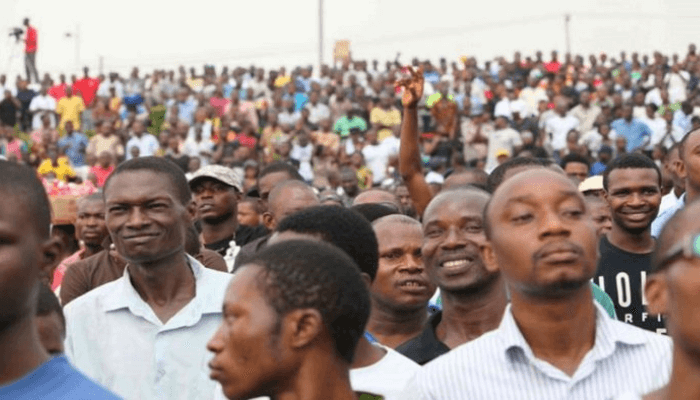 At about 30.3 million km² of land, including adjacent islands, Africa’s territory covers 6 percent of the earth’s total surface area and 20 percent of its land area. With 1.4 billion people as of 2021, and accounts for about 18 percent of the world’s human population. In addition, Africa is the world’s second-largest and second-most-populous continent, after Asia in both cases, but the continent is engulfed in poverty.

Africa’s population is projected to double by 2050 and by 2100; one in three people on earth will be African. This would obviously place the continent above other continents of the world in terms of population.

With the statistics on ground, Africa has the human and natural resources to lead the globe in the near future but its poverty rate. The figures ordinarily translate the human population of Africa into positive manpower that is capable of ruling the world, and this calls for a rethink of the continent’s education system.

To address the high poverty rates across Africa, we believe that the continent must put the education of its youth in the front burner first, bearing in mind that the purpose and aim of education when it was first brought to Africa in 1842 by the missionaries have since changed.

By 2030, about a quarter of the world’s population under the age of 25 will be in or from Africa. So, the economic prospects not only of Africa but of the world depend on the skills, capabilities and productivity of our youth

The 21st Century education is competence-based, where students learn to master their chosen careers through learning by practice system.

The African Development Bank (AfDB) in its research in 2019 discovered that skill and educational mismatches are prevalent in Africa. The research indicates that 17.5 percent of employed youth are over-skilled and 28.9 percent under-skilled.

The findings have important policy implications on how to address the persistent skill and educational mismatches among African youth.

The Montpellier Panel in its 2014 report states that based on current trends, secondary education completion rates by youth aged 20 to 24 will increase from 42 percent today to 59 percent in 2030, representing about 137 million youth with secondary education and 12 million with tertiary education.

The digital education sector argues that the provision of capacity training for teachers, digital learning policy in place and infrastructure will help Africa to mitigate learning losses occasioned by the COVID-19 pandemic or any other disruptions.

This could be the reason Célestin Monga and his team of researchers in 2019 opined that while African countries can tap into this demographic dividend and the increasing share of better-educated youth can help the continent bridge its productivity gap.

The United Nations Sustainable Development Goal (SDG) 2030, literacy will help African youth in general, and Nigerian youth, in particular, to leapfrog beyond the digital age, have access to education, reduce unemployment, and possibly rule the world in near future.

Although many African countries have allocated considerable resources to improve education quality on average, they have devoted 0.78 percent of GDP to tertiary education, compared with 0.66 percent in other developing countries.

These countries continue to exhibit unsatisfactory educational outcomes and their graduates often lack the appropriate skills and qualifications required by employers in many industries and sectors.

It is obvious that the majority of the African youth entering the workforce lack the skills required to meet the changing needs of the global economy.

We cannot but agree with Aliko Dangote, who once said that up to 20 million increasingly well-educated young people are set to join Africa’s labour force every year for the coming three decades but lack the needed skills to excel in the contemporary workplace.

As the World Economic Forum has argued, ensuring we have a strong ecosystem to offer quality jobs and skills to match will be imperative if we are to fully leverage this demographic dividend.

By 2030, about a quarter of the world’s population under the age of 25 will be in or from Africa. So, the economic prospects not only of Africa but of the world depend on the skills, capabilities and productivity of our youth.