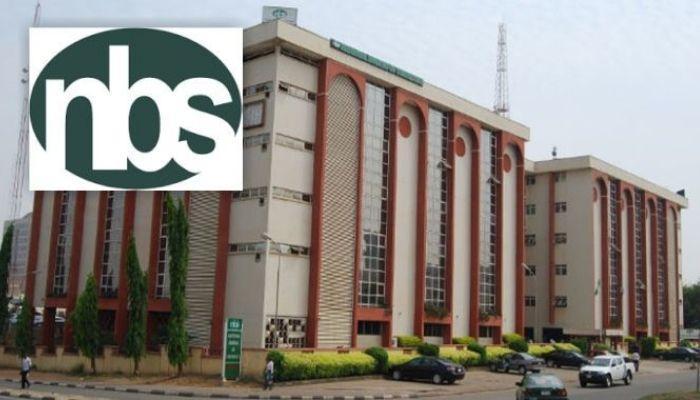 Recently, the National Bureau of Statistics (NBS) released an inflation figure for the month of October, showing a deceleration of 15.99 percent (year-on-year) as against 16.63 percent recorded in September 2021.

By that figure, the inflation rate in the country has dropped for seven consecutive months, beginning from April. Before that month, it had accelerated consistently for about three years, peaking at 18.17 per cent in March 2021.

We commend NBS for this onerous task of tracking, compiling and publishing figures that mirror movements in the economy. The GDP growth figures for the third quarter of the year, released last Thursday, which shows that the economy slowed to 4.03 percent as against 5.01 percent in the second quarter, are also products of great efforts by the bureau.

But, great as those efforts are, we have our concerns and we believe many other Nigerians do. This is because, though we understand that food prices are not all that determine inflation figures as there are other baskets, it is becoming increasingly difficult to relate with those figures, more so when placed side by side with market realities.

The October figure, therefore, came as another surprise package for Nigerians because, like the six other months before it, the figure failed to match market realities, especially as it concerns food prices which, in the last six to 12 months, have spiked to unimaginable levels.

Though the Consumer Price Index (CPI) which examines the weighted average of prices of a basket of goods and services shows inflation has decelerated, prices have escalated and have continued to escalate no matter which market is under consideration.

No matter what anybody says from whichever quarters, we are convinced for a fact that most households across the country are trapped in a persistently rising cost of living.

A kilogramme of chicken laps has also increased by over 60 percent YoY. The commodity, which cost about N1,500 about a year ago now goes for between N1,800 and N2,200 on the streets. It could be higher in popular supermarkets, while a whole chicken now sells for N5,000, up from N3,500.

In some supermarkets, depending on location, a 900gm sachet milk sells for between N2,300 and N3,000, depending on the brand. About a year ago, the price of this essential commodity was in the region of N1,700 and N2,000.

In the same vein, the situation in some market nodes across the country shows that, in the last 12 months, prices of staple food like Rice, Semovita, beans, and yam have also gone up considerably.

These price increases are not restricted to food alone. Products and services are also affected. There is no item in the market today that bears the same price tag that it did last month, not to talk of last year.

This has compelled us to reason with some Nigerians, including economists, who are of the view that NBS should do more to convince them, especially those who rely on the NBS data for research and critical decision-making, that the figures are not doctored to achieve a predetermined objective.

We want to believe that when the inflation rate hit 18.17 percent in March, it was because market prices at the time were high. But today, they are higher as have been shown above with food prices.

Unless somebody proves that a bag of Semovita, for instance, which now sells for N6,300 was selling for N8,000 and not between N3,500 and N5,000 in March, the NBS’s position remains debatable just as the figures it dishes out on monthly basis remain bitter pills for Nigerians to swallow.

Indeed, Nigeria and Nigerians are now on the spot where circumstances are forcing them to accept Shakespeare’s foolery – “fair is foul and foul is fair.” The question on many lips is whether those working in the NBS come from another planet. And we cannot agree more.

So, we implore the NBS to take its great efforts a bit further to convince Nigerians that the inflation rate has no relationship whatsoever with the increase in commodity prices. That is, whether inflation is accelerating or decelerating, it is not connected to market realities.