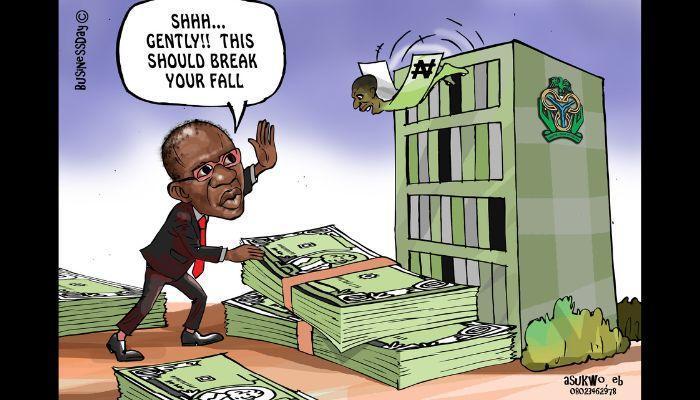 According to the President, ‘‘the new naira banknotes have been fortified with security features that make them difficult to counterfeit,” saying the new banknotes would help the central bank design and implement better monetary policy objectives as well as enrich the collective memory of Nigeria’s heritage.

Since the announcement and the launch of the new naira notes, most Nigerians have not seen the reason(s) behind it, with some asking how this affect the consumers’ purchasing power.

Everyday, the Nigerian consumers face multiple challenges from naira depreciation to inflation. The combination of both factors has impaired the purchasing power of Nigerian consumers. The naira has depreciated in the last decade against other major international currencies such as the US dollar, British pound sterling, euro, yuan, even including the South African rand.

It is time for the Nigerian government to address the multifaceted problems facing the Nigerian workers. They deserve to live a life that is worthwhile from childhood to adulthood

Saudi Arabia’s riyal gained against the naira by as much as 122 percent from N52.37 in October 2015 to N116.19 in October 2022. In addition to being a power broker within the Organisation of Petroleum Exporting Countries (OPEC), Nigerians troop to the country on religious ground through the periodic Umrah (lesser hajj) and the annual hajj pilgrimage.

As the depreciation intensified, inflation became intense in the country. As of September 2022, Nigeria’s headline inflation hit 20.77 percent, the highest in a decade. Food inflation was even higher at 23.34 percent. That food inflation is on the rise displays the enormous amount of the problems Nigeria, an agricultural economy, faces.

The combination of the depreciating naira against international currencies in some way contributed to the rising inflation. Since the start of the Russian-Ukrainian war, the prices of staple foods such as bread, pasta and cereals, have generally skyrocketed in the country.

The consumer goods firms bear the brunt of the surge in the prices of raw materials, especially wheat, which is imported from either Russia or Ukraine. For instance, the price of sliced 500g bread rose by 33.12 percent year-on-year as of August 2022, based on NBS data. The unsliced bread of the same quantity rose by 32.5 percent year-on-year during the same period.

Evaporated tinned milk carnation 170g rose by 28 percent year-on-year as of August. Also, evaporated tinned milk (Peak) 170g was higher on a year-on-year basis by 33 percent as of August 2022. The impact of the Ukrainian crisis could be seen on the energy sector. The price of Bonny Light, Nigeria’s crude, hovers around $90 a barrel. With all Nigeria’s refineries not yet working, the impact of the depreciating value of naira is felt on the landing prices of petrol, kerosene, diesel, among others.

Amid this, CBN raised the benchmark interest rate, the Monetary Policy Rate, from 13.5 percent to 15.5 percent, to rein in inflation. In all of these, the Nigerian consumers are at the receiving end.

Average national salary has not increased in the last five years. This is as the costs of feeding, housing, and school fees have increased steadily. With unemployment as high as 33.3 percent in the country, it means an average Nigerian worker has enough dependents to take care off among siblings and parents.

It is time for the Nigerian government to address the multifaceted problems facing the Nigerian workers. They deserve to live a life that is worthwhile from childhood to adulthood. Nigerian workers deserve a housing unit that dignifies them. They should be made the centre of Nigeria’s economic development as it is only when they are well taken care of that the nation’s economic potential could be unleashed.