Lagos needs to do more on road infrastructure 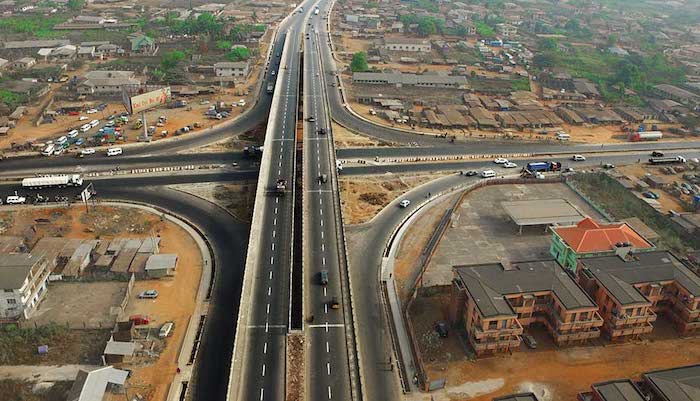 By sheer population, Lagos qualifies as a megacity. However, unlike other megacities of the world such as Kolkata and Delhi in India; Tokyo-Yokohama, Japan; Jakarta, Indonesia; and Shanghai in China, Lagos is not fluid because transportation is impaired by inadequate and dilapidated road infrastructure.

Though the state is making efforts at improving its road network, especially at the city centre, it still needs to do more because a great deal of its residents who find themselves on the outskirts of the city suffocate while commuting to work on a daily basis.

Yet, Lagos is Africa’s 7th largest economy. Its internally generated revenue (IGR), which comes mainly from taxes, was $1.3 billion in 2015 and that was three times more than the state with the second largest IGR and 39 percent of the total IGR by Nigeria’s 36 states. Therefore, the state can stand up to its challenges.

The past two governors of the state, Babatunde Fashola and Akinwunmi Ambode, constructed some kilometres of roads and bridges. They also rehabilitated a good number of existing ones all of which improved mobility in the city.

Under Fashola, the focus was on roads in commercial and highbrow residential areas, which explained why he had strong footprints in such areas as Ikoyi, Victoria Island, Lekki, Surulere, and a few other middle class settlements. He also constructed some bridges including the iconic Ikoyi Link Bridge, which, asides being an engineering marvel, is also a source of revenue to the state government.

Ambode too did well with reconstruction of major roads. The Lagos Airport Road stands out as another engineering masterpiece in the state. He also constructed many bridges and initiated new ones including the ones in Ajah, Abule Egba, Ojodu Berger, Pen Cinema in Agege, among others.

Though he had his focus also on linking the peri-urban areas (outskirts), much of what he did in those areas did not outlive him. Poor maintenance and rains ruined them.

While it is true that Lagos needs new roads, the state should do well by evolving a culture of maintenance, which, in our view, is even more important.

It is important that the state prioritises roads infrastructure, considering that its economy is a function of the ease, duration and cost of movement within the state. It is expected that motorists and commuters alike should not spend all their day’s income on transport fare.

In the same vein, they don’t have to spend quality man-hour commuting from their residence to their work places because that affects productivity and, by extension, the GDP and economy of the state.

Ambode’s ambitious and audacious outing with the Murtala Mohammed Airport Road reconstruction is exemplary. It is a testament on what is possible in a state that aspires to build 21st century economy.

The state needs to replicate that feat on other major roads in the state. It is heart-warming that both Agege Motor Road and Lagos-Badagry Expressway are receiving attention. These are roads where many citizens had taken position for residence or business or both, but have abandoned such ideas because of the poor state of the roads.

Reconstructing Lagos’ bad roads, which have become a source of worry for some time now, has the benefits of reducing the state’s misery index now on the rise in the past couple of years. It will also widen the state’s tax net as many more people will become landlords, paying property tax and tenement rates to the government.

Above all, that action will improve the health condition of the residents of the state as many have developed high blood pressure from long hours in traffic. More residents would also set up businesses in the outskirts of the city and reduce the number of those cramped in the city centre.

It is our opinion, therefore, that with dry season around, Lagos should begin massive road reconstruction and our advice is that the focus must be on completing stranded projects rather than initiating new ones. They should also institute a functional maintenance system.

Our hope is that this will ease mobility, enhance ease of doing business, increase productivity, improve income levels across individuals, households and institutions, and ultimately raise standard of living.